The federal ethics watchdog has concluded Justin Trudeau was not involved in a decision that saw Liberal MPs using their taxpayer-funded budgets to hire the services of a company run by one of the prime minister’s lifelong friends.

In a letter to Trudeau, Mario Dion says he’s satisfied that the prime minister was not involved in the Liberal Research Bureau’s decision to enter into a contract with Data Sciences Inc., a company owned by Tom Pitfield.

As a result, Dion says he has no reason to believe Trudeau acted in any way to improperly further Pitfield’s private interests.

Liberals’ use of parliamentary funds prompts recall of ethics committee

The ethics commissioner says an inquiry is not warranted and he will not pursue the matter any further.

Conservative MP Michael Barrett had asked Dion to investigate after The Globe and Mail reported that most Liberal MPs were paying NGP VAN Inc. and Data Sciences Inc. to help them manage constituency casework.

NGP VAN Inc., an American company, provides the Liberal party with the software it uses to run its voter database; Pitfield’s Data Sciences Inc. is the only Canadian provider of support services for the software.

The party says a strict firewall is maintained between the political services the two companies provide to the party and those they provide to MPs to help them with their constituency work.

Dion says NGP VAN Inc. has been helping Liberal MPs manage their constituency casework since 2009. He says he was informed that the additional services of Data Sciences Inc. were required in 2016, due to the increased size of the Liberal caucus after the 2015 election.

Documents show Liberal MPs’ payments for the services of the two companies are co-ordinated by the Liberal Research Bureau and the House of Commons chief financial officer, Dion says.

While Trudeau is the member responsible for the research bureau, Dion says Trudeau has delegated his authority to the bureau’s managing director, including the authority to enter into contracts.

“Given the timeline of events and the information provided in your written representations, including in supporting documents, I am satisfied that you were not involved in the decisions for the LRB to enter into contracts with either NGP VAN Inc. Data Sciences Inc.,” Dion says in a letter sent Tuesday to Trudeau.

“As a result, I have no reason to believe that you acted in any way, in the performance of your parliamentary duties and functions, to improperly further the private interests of Mr. Pitfield.”

Pitfield and Trudeau have been friends since childhood. Pitfield ran the Liberal party’s digital operations during the last two elections. His wife, Anna Gainey, is a former president of the Liberal party.

Conservatives pounced on the revelation that Liberal MPs were paying Data Sciences Inc. for help with constituency work as another example of Trudeau’s alleged lack of ethics.

“It certainly pays to be a Liberal insider in Ottawa these days,” Conservative Leader Erin O’Toole told the House of Commons in June.

Conservatives orchestrated an emergency meeting of the Commons ethics committee last month to look into the matter but Liberal members, who accused the Tories of going on a witch hunt, stymied efforts to launch an investigation.

Since then, however, Global News has revealed that O’Toole’s office gave nearly $240,000 worth of taxpayer-funded contracts to Conservative insiders during his first six months as leader.

“This shows yet again that Erin O’Toole’s Conservatives will do anything to throw mud and distract from their own internal problems,” MacKinnon said in a statement.

He also accused O’Toole of hypocrisy, having been “caught giving multiple taxpayer-funded contracts to Conservative insiders.” 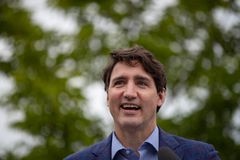 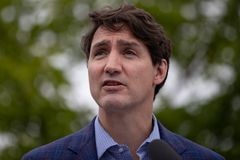 Opinion
Trudeau’s loyalties may be undercutting his hopes for a return to majority government
Subscriber content
June 25, 2021