A former RCMP officer, who has refused to testify at the Vancouver extradition hearing of the chief financial officer of Huawei Technologies Co. Ltd., is now working as a senior security executive at a casino in the Chinese-ruled gambling mecca of Macau.

Retired staff sergeant Ben Chang played an essential role in the detention of Meng Wanzhou on Dec. 1, 2018, including e-mail exchanges with the U.S. Federal Bureau of Investigation about electronic devices seized from her during the arrest at Vancouver International Airport.

Ms. Meng’s lawyers allege that Canadian authorities were involved in a covert evidence-gathering operation against Ms. Meng at the behest of U.S. law enforcement.

The former Mountie left the RCMP in June, 2019, and soon after became assistant senior vice-president at Galaxy Macau, an upscale casino and luxury hotel. Macau is across the Pearl River Delta from Hong Kong and is known as the “Las Vegas of Asia.”

Galaxy Macau is owned by Galaxy Entertainment Group, which is controlled by Lui Che Woo, a Hong Kong businessman who has served on the standing committee of the Chinese People’s Political Consultative Conference, an advisory group to Beijing’s leaders.

On Monday, the British Columbia Supreme Court, which is hearing the Meng case, heard that Mr. Chang hired outside legal counsel and advised that he will not appear to give evidence.

Mr. Chang’s refusal to testify casts doubt on the credibility of the government lawyers who maintain the RCMP did not share any information on Ms. Meng’s computers and mobile phones with the U.S. before she was formally arrested. His absence could give Ms. Meng’s case a boost as her lawyers try to convince the court that Canadian officials violated her rights and the extradition request from the United States should be tossed.

As an RCMP officer, Mr. Chang had e-mail exchanges with Sherri Onks, the FBI’s legal attaché in Vancouver on Dec. 1, the day of Ms. Meng’s arrest.

According to court documents, Mr. Chang allegedly sent details of Ms. Meng’s electronic devices to the FBI. But Mr. Chang denied the allegation in an affidavit submitted to the court.

Attempts to reach Mr. Chang were unsuccessful. His lawyer, Brock Martland, had no comment and would not say if his client has been subpoenaed.

Federal Department of Justice spokesman Ian McLeod, however, said Thursday that Canada has not issued any subpoenas in this matter.

The Chinese government this week characterized Mr. Chang’s refusal to testify as evidence of a coverup in Canada concerning the circumstances of Ms. Meng’s arrest.

“The Canadian side’s attempt to conceal their misdeed will only raise more doubts and give a clearer picture of the political nature of the Meng Wanzhou incident,” Chinese Ministry of Foreign Affairs spokesman Zhao Lijian said Wednesday at a news conference in Beijing.

“No matter how hard the Canadian side tries to hide the truth and mislead public opinion, it cannot escape its own responsibility.”

Asked whether former officers are obliged to testify at legal proceedings related to matters they have worked on, the RCMP said in a statement that they were not yet in a position to respond.

“As soon as we receive a response we will forward it your way, unfortunately, we will not be a position to respond today,” Corporal Caroline Duval said Thursday.

Former deputy RCMP commissioner Pierre-Yves Bourduas said it is highly unusual for a retired Mountie to refuse to testify – even if he wasn’t subpoenaed – but suggested it could have to do with his new job in China.

“Normally they [ex-Mounties] wouldn’t have any objection to testify,” he said. “That [casino position] may explain why he doesn’t want to get involved. It would place his company or his employment in jeopardy considering how China has been operating for the last six years ... [and] he may feel just a bit of pressure.”

Ms. Meng, 48, was arrested at Vancouver International Airport on a warrant from the United States. She is facing charges of bank fraud for allegedly misleading HSBC about Huawei’s business dealings in Iran, causing the bank to violate U.S. sanctions against Iran. Shortly after, China locked up two Canadians, former diplomat Michael Kovrig and entrepreneur Michael Spavor, in what Prime Minister Justin Trudeau has described as retaliation.

Two former colleagues of Mr. Chang describe him as professional, smart, competent and likeable but said they are baffled by his refusal to testify. The Globe granted is not naming them because they did not want to speak publicly about Mr. Chang and the Meng case.

Both said that because Mr. Chang is living in China, he might be under pressure to keep out of the extradition hearing.

The two colleagues added it’s not uncommon for the FBI to try to enlist the RCMP to help them on “political cases” such as Ms. Meng’s.

A former senior RCMP officer, who is now living abroad and was once Mr. Chang’s superior officer, said former Chinese security officials approached him almost immediately after Ms. Meng’s arrest to seek information on who might be involved in the arrest of Ms. Meng, including who might be on the security detail keeping tabs on her after she was granted bail and put under house arrest.

Vancouver-based immigration lawyer Richard Kurland also said it’s rare to see a former RCMP officer refuse to testify in a matter they had worked on.

“It remains to be seen how the defence plays this gift card. They can request the presiding judge to compel testimony.”

Mr. Kurland said Mr. Chang could be still be subpoenaed to appear but it’s unclear whether this could be enforced outside of Canada in Macau.

He said Mr. Chang’s absence will not by itself clinch Ms. Meng’s defence, however.

“You cannot cross the threshold for abuse of process merely by having a key witness not appear. It’s not going to be enough.”

As a former RCMP officer who worked on Ms. Meng’s arrest, Mr. Chang would be a useful target for Ms. Meng’s lawyers, Mr. Kurland said.

“He’s a potential treasure trove. Once he’s on the stand, it’s not just questions about the FBI or RCMP with this single transaction [over electronic devices]. They can ask about a web of transactions to further the idea of an interconnected operation between Canadian and American law enforcement,” he said. 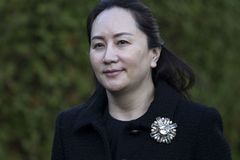 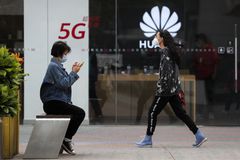 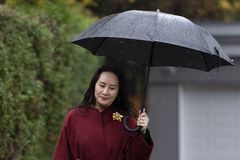