Export Development Canada, a Crown corporation, says it will resume providing Canadian money and support to businesses in Saudi Arabia despite human-rights abuses in the country.

EDC halted business dealings in the region in September, 2018, after Saudi authorities froze trade with Canada and expelled Canada’s ambassador. The Saudis were reacting to a tweet from Foreign Affairs Minister Chrystia Freeland, which denounced the arrest of civil-society activists and called for their release.

Saudi Arabia has been criticized internationally for human-rights violations, including the killing of journalist Jamal Khashoggi, the war in Yemen, and its imprisonment civil-rights activists.

Ms. Minsky said the financing group has a screening process to identify human-rights concerns in the region. She said the process analyzes a company’s human-rights policies, including how the company manages worker grievances and effects on vulnerable groups, if any.

“We recognize that there are a lot of risks in the [Kingdom of Saudi Arabia], so we will definitely keep an eye on that,” she said.

If concerns are found, Ms. Minsky said EDC will engage with the company seeking financing to understand its plans and actions to mitigate the risk. Where the risk is high, she said, senior management will be consulted on whether to proceed with the transactions.

Ms. Minsky said EDC froze Saudi dealings because of the decree, but also because partners in the market said products were being rejected at the border and contracts weren’t being paid. She said the organization operates in risky markets around the world, and the decision was not made lightly.

During the 10-month suspension, she said, EDC continued to monitor the Saudi market with the Canadian Trade Commissioner Service, which helps companies navigate international markets, and became comfortable that some concerns had subsided. She added that some Canadian companies still operating in the market have shared positive feedback of their experiences.

“We found that the business conditions have improved to a point where we can again start considering support for Canadian companies exporting to that market,” Ms. Minsky said.

Alex Neve, secretary-general of Amnesty International Canada, said in an e-mailed statement that Amnesty did not take a position when EDC withdrew from Saudi markets, but it is concerned with EDC’s explanation that business opportunities are a reason to continue support.

“There is no indication as to what degree – if any – an assessment of prevailing human rights conditions in Saudi Arabia was meaningfully taken into account,” he said.

Mr. Neve said EDC’s assessment of whether to return to business in the region should consider human rights, because such issues led to the suspension in the first place. He said there has not been an improvement of human-rights conditions in Saudi Arabia over the intervening months.

She added that EDC’s updated position on Saudi Arabia doesn’t necessarily mean more business in the market, but rather that EDC will start looking at prospective transactions and considering some of them. 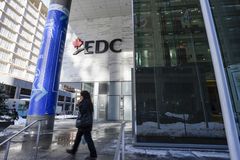 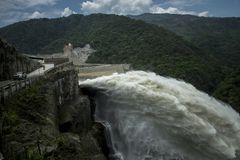