The federal government has agreed to pay $100-million to settle a long-running lawsuit with veterans who say they were discriminated against when Ottawa deducted their disability pensions from the income-replacement benefits they received from Veterans Affairs Canada.

The agreement, which must still be approved by the Federal Court, would give more than 12,000 veterans with disabilities payments of $2,000 to $50,000 each. Vets with severe disabilities would receive larger amounts because more of their pension money was clawed back.

The veterans filed the lawsuit in 2014, saying the government violated the section of the Canadian Charter of Rights and Freedoms that prevents discrimination on the basis of a disability when it deducted their Pension Act pensions from the amounts they received through the Earnings Loss Benefit, the Canadian Forces Income Support Benefit and the War Veterans Allowance. The deductions were made between April, 2006, and May, 2012.

The lawsuit was certified as a class action in 2016, and now, after two years of negotiations, an out-of-court settlement has been reached.

“We are walking away pleased, keeping in mind that some of those veterans are aged, so there was a requirement to come up with a settlement in a reasonable amount of time,” said Michel Drapeau, an Ottawa lawyer who negotiated the deal on behalf of the veterans along with the Toronto-based firm Gowlings WLG. “We were able to address the claim in a satisfactory, amicable and negotiated way.”

Veterans Affairs has written to all of the veterans who will receive money under the settlement to inform them that they will be getting a payment. In cases in which the veteran has died, his or her estate may be eligible to receive the money.

The agreement will provide veterans who received disability pensions from Veterans Affairs with retroactive payments similar to those provided in 2013 to former soldiers whose disability benefits from the Service Income Security Insurance Plan (SISIP), a Canadian Forces plan, were reduced by the amount of their disability pensions from Veterans Affairs. That deal was reached in 2012 and was also the result of a class action.

The lawyers in the latest case have asked for legal fees amounting to 17 per cent of the settlement, or $17-million, which will be deducted from the money given to veterans. A hearing has been scheduled for December to obtain court approval.

Veterans Affairs Minister Seamus O’Regan said in a statement on Wednesday that he believes the settlement is fair and will provide both sides with needed closure. “I believe this decision shows that we intend to ensure that veterans in Canada are better off now than they were before," Mr. O’Regan said.

Don Leonardo, a former peacekeeper who founded Veterans Canada, an advocacy group, is among those who will receive money from the settlement after it has been finalized.

The government stopped clawing back the income-support payments in 2012, after the previous class action was settled, but veterans who were part of the later lawsuit have been waiting 6½ years for repayment of their “illegal deductions," Mr. Leonardo said.

The government “could have returned this money in 2012, but instead they made us go back to court,” he said. “So I believe the judge should penalize the government and make them pay the legal fees, just because of the length of time we had to wait." 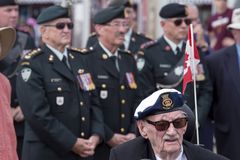 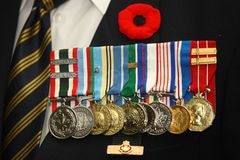 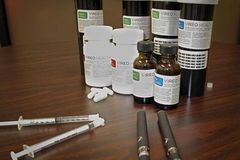