The Trudeau government is declining to discuss concerns raised by U.S. lawmakers about Huawei’s activities in Canada – even as a debate is unfolding in Australia about banning the Chinese telecom giant from its next-generation 5G mobile networks.

As The Globe and Mail reported on Monday, senior lawmakers on U.S. congressional intelligence committees are warning Ottawa that Chinese smartphone maker Huawei − which has turned Canada into a key research centre for next-generation mobile technology − is a national-security threat to the intelligence-sharing network of Canada’s allies.

Former Research in Motion Ltd. co-chief executive Jim Balsillie on Monday called the American congressional warnings an alert that should be heeded. He’s particularly concerned about Canada retaining intellectual property generated by publicly funded research in the wake of a May, 2018, Globe investigation of how universities and public money are helping China’s Huawei become a global telecom superpower.

“I hope the U.S. urging will serve as a wake-up call for Canada’s policymakers to review not just the Investment Canada Act but also the fact we currently have no strategies for retaining publicly funded [intellectual property] and data for the benefit of Canadian prosperity and security,” Mr. Balsillie said.

”I do not discuss specific cases in the House or with the media,” Mr. Goodale told the Commons on Monday. “The security and police authorities of this country are charged with the responsibility of taking the steps that are necessary, within the law and the Constitution, to keep Canadians safe and to safeguard the national interests of Canada, and they do that job.”

“Simply shrugging and giving non-answers is not going to give Canadians or our security partners in Australia or the U.S., or others ... any assurance that Canada takes security at all seriously,” Mr. Cullen said.

“Our other Five-Eyes partners are raising legitimate concerns and in Canada, members of Parliament can’t get any answers from our own government.”

Mr. Cullen said Canada needs to have a public debate over whether Huawei should be allowed to supply equipment for Canada’s 5G mobile networks.

In contrast to the lack of national discussion in Canada, a major public debate is taking place in Australia, one of Canada’s Five Eyes intelligence sharing allies.

Australia is likely to ban Huawei from participating in a 5G mobile telecommunications roll-out in the country, as it fears the company is de facto controlled by China and sensitive infrastructure will fall into the hands of Beijing, according to recent Australian media reports.

Huawei, the world’s largest maker of telecommunications network equipment and the No. 3 smartphone supplier, has already been virtually shut out of the giant U.S. market because of national-security concerns. Chiefs of six U.S. intelligence agencies and three former heads of Canada’s spy services recently said that Huawei is one of the world’s top cyberintelligence threats, and its 5G technology could be used to conduct remote spying and maliciously modify or steal information or even shut down systems.

On Monday, Huawei fought back in Australia through an “open letter,” saying it is a victim of ignorance. “Many of these comments are ill-informed and not based on facts,” Huawei Australia chairman John Lord and board directors John Brumby and Lance Hockridge wrote in the letter.

Being barred from Australia’s 5G networks would further frustrate Shenzhen-based Huawei’s ambition to be the world leader in telecommunications.

Huawei said in the open letter it operates in 170 countries, abiding by national laws and guidelines. Citing 5G investments in Britain, Canada and New Zealand, the company said those governments had taken up its offer to evaluate the company’s technology to make sure it abided by cybersecurity protocols.

Australia has long-standing concerns about Huawei. In 2012, it banned the company from supplying its massive National Broadband Network and, in May, Canberra committed millions of dollars to ensure Huawei did not build an internet cable between Australia and the Solomon Islands.

Republican Senator Tom Cotton and Democratic Senator Mark Warner told The Globe that the Chinese telecom giant is a grave cybersecurity risk and its smartphones and equipment should not be used by Canada and other Western allies.

Of paramount concern is an all-out drive by the Chinese technology conglomerate to become a world leader in the next-wave 5G telecommunications technology, which is expected to bring near-broadband speeds to smartphones and enable such breakthrough technologies as driverless cars.

A spokesperson for Mr. Cotton, who has tabled legislation to ban the U.S. government from dealing with Huawei, said he instructed the director of the National Security Agency, Lieutenant-General Paul Nakasone, to “engage with Canadians” and other members of the Five Eyes intelligence-sharing community “to educate them on the threat” and keep Huawei out of their 5G networks.

Five Eyes is an intelligence-sharing network among Australia, Canada, New Zealand, Britain and the United States. 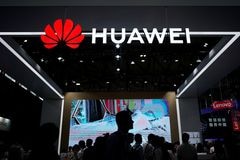 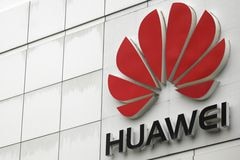