The federal government is under renewed pressure to bring home the Canadian children of those who travelled to Syria to join the Islamic State as other countries repatriate their citizens who had one-time links to the terrorist group.

There are at least 33 Canadians in two camps in northeastern Syria, says Amarnath Amarasingam, an assistant professor at Queen’s University who researches extremism; he has travelled to one of the camps and been in touch with the families directly. But Global Affairs Canada says the region is too dangerous to send officials to offer consular assistance.

Mr. Amarasingam has identified 18 children, nine women and six men, with some living in the sprawling al-Hol camp and others at Roj camp, a smaller settlement for internally displaced people. He said the oldest child is 13, with the majority under the age of 5.

Apart from a four-year-old orphan, all the other children belong to Canadian women in the camps. Most of the children were born in Syria but a handful were brought over by their parents, according to Mr. Amarasingam. The six men were fighters with the Islamic State, but Mr. Amarasingam said that Westerners generally are disillusioned and want to come home. There is less known about the nine women; their involvement in the terrorist group’s activities is not clear.

Mr. Amarasingam said it is Canada’s moral imperative to repatriate its citizens but added that the governing Liberals are likely not keen to embrace the challenge during election season.

“I don’t think this idea of just leaving them there to rot is going to work long term. There’s going to be some movement at some point to bring these people back,” he said this week.

Mr. Amarasingam questioned whether Canada will be able to hold off bringing anyone home until after the next election, saying the Kurdish forces who are running the two camps are becoming increasingly impatient, conditions are worsening and there’s little food or medical care for children.

“We could see the death of a Canadian baby in the camps. … I think once certain things start happening like that, there might be some pushback," he said.

Clive Stafford Smith, the founder of Reprieve, a London-based group that provides legal representation to people detained around the world, has also been in touch with Canadians trapped in the camps. He is concerned about the fate of the Canadian orphan in al-Hol, where malnutrition, typhoid and other diseases run rampant. He has been in touch with the girl’s uncle, who lives in Canada and is desperate to bring his niece home.

“The idea that anyone in Canada, let alone the government, would not instantly go to Syria to get this kid out is a nightmare,” said Mr. Stafford Smith.

Global Affairs Canada said it is aware of the “troubling reports” about Canadian children living in Syria, including the case of the orphan.

“That’s kidnapping, and you’ve got to think this through about how you deal with children in the custody of parents who have put themselves and their families in a very invidious position,” Mr. Goodale told Intrepid, a national security law and politics podcast earlier this month.

Conservative foreign-affairs critic Erin O’Toole said that Canadians who joined the Islamic State should face the consequences of their actions, even if that means being trapped in Syrian camps – but he said it’s a different situation entirely for their children.

“Some compassion is needed for the children, and so there are circumstances where family, grandparents … could take them,” he said. "Consular assistance could be provided to the infants provided there was a plan in place to have appropriate care for them by family members.”

Mr. O’Toole said he has been waiting to hear the Liberal government’s plan to address this issue, adding that if the matter is not dealt with in November, he would advocate for a plan to help bring the children back to Canada.

Canadian immigration lawyer Lorne Waldman said the government should consider the repatriation of the Canadian children on a humanitarian basis.

“They’re too young to be considered to be engaged in terrorism and we should, given the situation that they’re in, be trying to help them,” he said.

Opinion
Why is the Minister of Defence MIA on Kandahar cenotaph debacle?
May 30, 2019 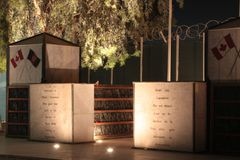 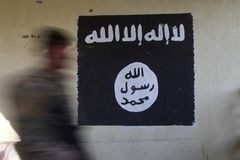 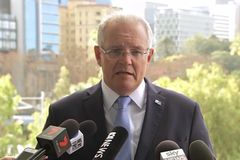