For the second time in almost three months, Canada sailed a warship through the strait that separates China from the self-governed island of Taiwan – a measure seen as a demonstration of support for the United States and other allies who regard the passage as an international corridor rather than Beijing’s internal waters.

Canadian Halifax-class frigate HMCS Ottawa transited the Strait of Taiwan on Monday and Tuesday, according to the military’s Canadian Joint Operations Command. China regards Taiwan as a wayward province and considers the island and the strait as Chinese jurisdiction even though Taiwan, with 23 million people, has its own autonomous, democratically elected government.

The Canadian vessel was shadowed by the Chinese military during its transit, a source at the Department of National Defence said. The source spoke on the condition of anonymity because they were not authorized to discuss this matter publicly.

Chinese military regards the 180-kilometre-wide Taiwan Strait as internal waters and a strategic waterway, and Beijing has deployed more than 1,500 missiles along its length. China regularly conducts military drills in the area and “has sent bombers, fighter jets and its aircraft carrier over and around the strait as shows of force,” according to the New York-based Council on Foreign Relations.

HMCS Ottawa’s transit comes more than 80 days after HMCS Regina, another Canadian frigate, passed through the strait. The United States regularly sends its own naval vessels through the Taiwan Strait, including as recently as August, effectively challenging Beijing’s claims to what the West regards as an international waterway. A French frigate also passed through in April, an unusual voyage for a European military ship.

“This route was chosen as it was the most direct route between UN Security Council sanctions-monitoring activities in Northeast Asia and engagements in Southeast Asia,” a statement from Canadian Joint Operations Command said.

The United States regularly describes sailings by its naval vessels in disputed regions such as the South China Sea as “freedom of navigation” operations undertaken to counter what the U.S. considers to be excessive territorial claims on ocean waterways. The Canadian military noted once again in its Tuesday statement that the Royal Canadian Navy never undertakes freedom-of-navigation operations. It said transit of the Taiwan Strait was conducted in accordance with international law, including the United Nations Convention on the Law of the Sea.

David Mulroney, former Canadian ambassador to China, said Canada is backing allies with such sailings even though Ottawa is low-key about the transits. “What we’re trying to do is quietly show solidarity with the United States and other countries,” he said. “We’re doing the right thing as quietly as possible.”

Margaret McCuaig-Johnston, a senior fellow at the University of Ottawa’s Institute for Science, Society and Policy, and a former Canadian government official who once worked closely with China, said she regards the Canadian vessel’s passage as sending the "the message that we continue to see Taiwan’s territory as separate from mainland China.”

She said it’s good to see Canada continuing to demonstrate support even as Canada-China relations have soured.

The Chinese embassy in Canada, asked for comment on HMCS Ottawa’s transit of the strait, urged Canada to respect its One China policy. Under the policy, Canada does not recognize Taiwan as a sovereign state and does not maintain official, government-to-government relations with Taipei.

“The Taiwan question matters on China’s core interest. We urge the Canadian side to strictly abide by the One China principle, prudently and properly handle the Taiwan-related issues to avoid harm to China-Canada relations,” the Chinese embassy said in an e-mailed reply.

Opinion
Canada should engage with Taiwan and others given our China troubles
August 18, 2019 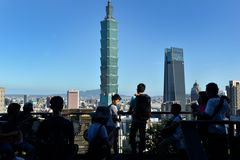 Taiwan pitches Ottawa on closer relationship as dispute with China drags on
August 4, 2019 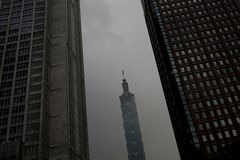