The former leader of the Green party in British Columbia has endorsed the federal Liberals’ plan for combatting climate change.

Andrew Weaver says the Liberal plan is “both bold and thoughtful” and is the only credible plan put forward by any federal party.

The endorsement is another blow for federal Green Leader Annamie Paul, who has struggled with internecine feuding and a lack of financial resources to run a national campaign.

Paul admitted earlier this week that the party will not field a full slate of 338 candidates across the country.

She’s not commenting directly on Weaver’s endorsement but insists the Liberal climate plan is “smoke and mirrors.”

Weaver posted his video endorsement of the Liberal climate plan on social media Thursday; it was eagerly circulated by Liberals, including Leader Justin Trudeau, who made much of the fact that Weaver is a climate scientist.

In the video, Weaver lauds the Liberal plan for including, among other measures, “a world-leading price on carbon pollution” and rapid zero-emissions vehicle deployment “which is even strong policy that one we developed here in B.C.”

“This is a plan that reflects the urgency and scale of the crisis,” he says.

“I’m extremely impressed at how ambitious the Liberal Party of Canada’s plan is and I’m confident that this is the right path for Canada.”

Trudeau retweeted Weaver’s video, saying it “means a lot” given all he’s accomplished as a climate scientist and former Green leader in B.C.

Before joining the B.C. legislature in 2013, Weaver was the Canada Research Chair in climate modelling and analysis at the University of Victoria and a lead author on several United Nations Intergovernmental Panel on Climate Change scientific assessments. He didn’t run for re-election last year.

At a news conference Thursday in the Toronto Centre riding where she’s trying for the third time to win a seat for herself in the House of Commons, Paul said she hadn’t seen Weaver’s video and couldn’t comment on it.

But she argued that even if the Liberals were to implement every measure in their climate plan, Canada would not meet the Liberals’ original target to reduce carbon emissions by 30 per cent below 2005 levels by 2030, much less their new, more ambitious target of 40 to 45 per cent.

“The fact of the matter is that you cannot continue to build new pipelines like TMX, support other pipeline projects like Coastal GasLink, greenlight project after project for new oil and gas exploration, continue to support fracking of gas in this country and continue to support the fossil fuel industry to the tune of billions of dollars and hope to reduce greenhouse gas emissions,” she said.

Paul muddled her message, however, misspeaking as she declared: “If you want a real plan the only option in this election for you is the Liberals.”

“I’ve always been focused on policy, not partisanship,” he said.

Weaver said he hopes Paul wins a seat and believes she’s “the best thing to happen” to the federal Green party. But he said he doesn’t believe her party grasps the seriousness of the climate crisis.

“The federal Greens do not have a climate plan, to be perfectly blunt,” Weaver said.

“If the federal Greens truly believe that climate change was the defining issue of our time then they wouldn’t be imploding over infighting over views of a Mideast crisis for which nobody really cares what the views of one or two MPs in a Canadian Parliament are,” he added.

In June, Fredericton Green MP Jenica Atwin crossed the floor to the Liberals after criticizing Paul’s stance on the Israeli-Palestinian conflict. That triggered weeks of infighting and attempts by the party’s executive to put Paul’s leadership to a confidence vote by grassroots members. 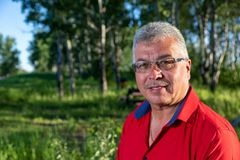 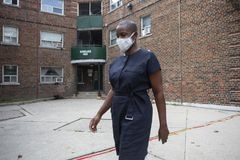 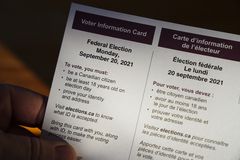