The federal government says keeping the pandemic under control is the most important thing it can do for the economy, and that Canada will take a more targeted approach if further lockdowns are needed.

Finance Minister Chrystia Freeland said on Tuesday that working with the provinces to manage the virus as the weather cools and Canadians start spending more time indoors is the government’s top priority.

She also promised to deliver a plan that gets Canadians working, including through green economy jobs, with an agenda that will demonstrate a “wise and prudent” approach to managing the country’s finances.

“Our government’s priority, our economic priority, is to do what it takes to keep the coronavirus under control,” Ms. Freeland told reporters in Ottawa, where she took part in the Liberal government’s cabinet retreat ahead of Parliament’s return next week.

Tuesday was the second day of a two-day meeting for Prime Minister Justin Trudeau’s cabinet to set the minority government’s fall agenda. Mr. Trudeau prorogued Parliament in August and said his government would unveil an “ambitious plan” in a Throne Speech on Sept. 23. He has since dialled back expectations, citing more immediate concerns prompted by a rise in COVID-19 cases.

The size of this year’s federal deficit is already approaching $400-billion, before accounting for any new measures that could be announced in the fall.

In recent days, several economists and business leaders have urged the Liberal government to indicate how much it is prepared to spend in response to the pandemic and how it will manage the debt.

Ms. Freeland said she is well aware of these concerns and is consulting widely with experts, including former prime minister Paul Martin, who erased the federal deficit as finance minister in the 1990s in response to bond market concern over Canada’s fiscal health.

“Let me just assure Canadians that we understand the value of wise and prudent fiscal management and that is a policy our government will continue," she said.

Health Minister Patty Hajdu says Canadians should expect a “much more surgical approach” to future lockdowns triggered by spikes in the number of COVID-19 cases.

Ms. Hajdu said her government is preparing for the possibility of a second wave of COVID-19, but added that another full-scale shutdown like the one in the spring would be difficult.

“It doesn’t have to mean that everybody has to stay home and not go to work,” she said on Tuesday.

She said Ottawa will work with the provinces and territories on more strategic lockdowns, and that those decisions would be based on where cases originate, at the regional level or in a certain sector of the economy or company.

On Tuesday, the Public Health Agency of Canada said the seven-day rolling average of daily new cases climbed to 696, up from an average of 681 new cases a day, on Monday. The agency issued a correction after releasing numbers on Monday and earlier on Tuesday that showed a much steeper climb in daily cases.

“We are always looking backward as opposed to projecting forwards, so the key message is that the time to act is now,” she said.

Against that backdrop, Ms. Hajdu said late on Monday that cabinet discussed several potential scenarios, from a “slow burn” in the number of cases to a “very severe fall surge.”

The Health Minister said the government can’t rule out that Canada is already in a second wave. She said the federal government will act as a “backstop” for the provinces and territories, which are responsible for managing the pandemic locally. For example, she said, Ottawa will be able to provide additional epidemiologists, isolation housing and contact tracers where needed.

To avoid triggering an election, the Throne Speech will need support from either the Bloc Québécois, the NDP or the Conservatives. Alex Wellstead, a spokesman for Mr. Trudeau, said the Prime Minister will meet with each of the party leaders this week to consult on the government’s plans.

NDP Leader Jagmeet Singh is meeting with his caucus this week and has a call scheduled with the Prime Minister to discuss the Throne Speech. He said on Tuesday that he’s more concerned with what the government actually does than what it promises to do, adding that the Liberals have promised to implement universal pharmacare, but so far there’s been little movement.

“If the government announces something on that or talks about that, I won’t be surprised. They did that in the campaign,” Mr. Singh said. “Where has the action been?”

The NDP is also proposing incentives for building renovations that reduce greenhouse gas emissions. Liberal ministers appear to be placing less emphasis on climate change in their comments this week, but Ms. Freeland said the issue remains a focus of the government.

“I also spoke about the absolute priority that we place on jobs and growth, and green jobs are absolutely going to be a part of our recovery," she said.

Editor’s note: A previous version of this story said the seven-day rolling average of new cases jumped from 618 on Monday to 838 on Tuesday. The Public Health Agency of Canada later corrected the numbers it had previously released on Monday and Tuesday. Instead, the change in the seven-day rolling average rose from 681 new cases on Monday to 696 on Tuesday. The federal agency also corrected the test positivity rate to 1.4 per cent from 1.5 per cent. 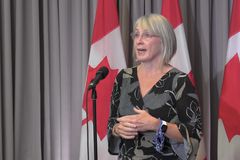 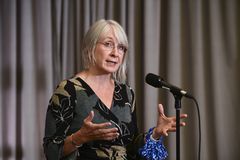 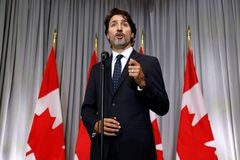