Finance Minister Chrystia Freeland says the government is discussing options to extend support for businesses beyond the Oct. 23 expiration date for some emergency wage and rent subsidies.

The comment has raised expectations that the Liberals may support more business sectors than the party promised in the recent election campaign.

The re-elected Liberal minority government is facing calls from many business and labour leaders for a broad extension of the expiring programs, which include wage and rent subsidies to business owners and programs that go directly to individuals who are unable to work because of the COVID-19 pandemic.

The Liberal campaign platform promised a targeted approach of extending wage and rent supports of up to 75 per cent of expenses for just the tourism industry, which has suffered economically from lockdowns and travel restrictions.

“We are going to be there for Canadians across the country in this fight against COVID and we are providing support to the health care systems in the hardest-hit provinces, and we will provide economic support as needed,” she said. “And we’re working on that.”

Ms. Freeland also said she has been consulting business leaders, including Dan Kelly, president of the Canadian Federation of Independent Business.

Mr. Kelly said in an interview he spoke with deputy Finance Minister Michael Sabia on Monday and Ms. Freeland on Tuesday. He said the conversations were sparked by a survey the lobby group conducted of small businesses that showed their economic confidence had been waning.

Based on Ms. Freeland’s public comments, he said he is optimistic the government will extend the wage and rent subsidies at least four weeks past Oct. 23. The Liberals’ budget bill earlier this year gave cabinet the authority to extend the subsidies until Nov. 20 without further parliamentary approval.

Ms. Freeland told reporters on Wednesday that she and Prime Minister Justin Trudeau have had recent discussions about the Oct. 23 expiration date.

“The fourth wave and the Delta variants are hitting parts of the country particularly hard. And we know that government policy very much needs to be mindful of that,” Ms. Freeland said at a news conference in Ottawa.

Mr. Trudeau, who appeared alongside Ms. Freeland on Wednesday to make an announcement about vaccination requirements, also suggested the government is open to extending support programs.

“It comes down to the bottom line or the promise that we made at the beginning of this pandemic to have Canadians’ backs, as much as it took, as long as it took, not just because that’s the right thing to do, but it’s also the smart thing to do, to ensure that our economy is bouncing back, to make sure that businesses can thrive once again quickly,” he said.

The value of the subsidies is based on a business’s revenue losses, but the maximum amount has declined from 75 per cent of eligible expenses to 20 per cent. Mr. Kelly said the maximum should return to 75 per cent, and all hard-hit businesses should be eligible.

“My view is that they will quickly find out it will be impossible to thread the needle here and do it by sector, and they’ll have to do this broadly,” Mr. Kelly said. “The second they announce what sectors this will apply to, they will have to then expand it again and again and again as they realize there are other groups that are in similar circumstances that are going to be on the other side of the line.”

The direct support payments to businesses and individuals have made up the vast majority of the federal government’s emergency spending during the pandemic, which pushed the size of the federal deficit to an estimated $354.2-billion last year and a projected $154.7-billion this year, according to Ms. Freeland’s April budget.

Business groups and insolvency experts have warned Canada could see a wave of bankruptcies once the subsidies are phased out. However, some economists and industry analysts say that might be a good thing, because some companies are what are known as “zombie businesses,” those that keep going only to collect the aid.

Mikal Skuterud, an economics professor at the University of Waterloo, said that with no end in sight to the pandemic, it may be a more efficient use of federal funds to focus on training and growth areas of the economy, rather than propping up heavily indebted businesses.

He said the policy goal of the wage subsidy may have wandered from its original intention. 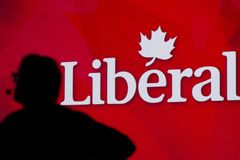 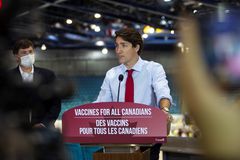