Canada’s Transportation Safety Board will have a role in the investigation into the downing of Flight 752, but the big questions will only get answers if Iran is willing to give them.

That became clear as senior officials with the TSB, Canada’s air-disaster investigator, told reporters that their Iranian counterparts have invited them to play a larger role than they are entitled to play – including participating in retrieving the information from the plane’s black boxes.

The big questions, TSB officials said, are no longer really about what happened – everyone agrees Ukraine International Airlines PS752 was shot down by Iranian surface-to-air missiles. The critical questions now are how it happened and why it happened.

Those questions aren’t likely to be answered from debris at the site, which two TSB investigators will be taken to see, or shrapnel patterns on the pieces of wreckage, now moved elsewhere, or the readout of information on the black boxes, if it can be downloaded.

Natacha Van Themsche, the TSB’s director of air investigations, said investigators will try to establish a sequence of events to understand how things unfolded, and then look into why. “We also have questions on procedures for example, being followed by the military, and that sort of stuff,” she said. “As well, why was the airspace not closed, considering the tension, and what had happened hours earlier?"

That surely means asking questions of Iran’s military about how troops are supposed to handle suspected threats near a civilian airport, and about who erred and how – or, if the shooting was intentional, about who ordered it. It means interviewing government officials, to determine why Iran’s airspace wasn’t closed for civilian flights in the hours after 22 Iranian missiles were fired at Iraqi military bases that house U.S. troops.

None of that is in the job description of Canadian investigators. Their role is limited, even though Iran has agreed to allow them a somewhat wider purview than they would have by rights as the air-crash investigators from a country that lost 57 citizens.

Investigators from other countries where the plane was designed or built or operated – notably the United States, France and Ukraine – have a right to more complete role in the investigation. But under international rules, Iran’s air-crash investigator is the lead.

It is Iran’s Aircraft Accident Investigation Bureau that will have the task of asking questions of the Iranian military and the Iranian government. Don’t expect international investigators to be in the room. TSB chair Kathy Fox said that if an accident of this kind happened in Canada, investigators from foreign countries would not be allowed to take part in such interviews with military and domestic-security officials. So don’t expect Iran to invite U.S. and French investigators to grill their air-defence officers. On those key questions, the world will get the information that Iran’s investigators give them.

Even if Iran’s AAIB is diligently seeking the truth, no one in Iran has a free hand to press for answers of this kind if the questions are unwelcome. Those missiles were fired by Iran’s powerful Revolutionary Guards, and no one in Iran – not even official crash investigators – pokes their nose into their secrets without fearing for their lives. It won’t be easy to ask who in government failed to halt passenger flights, either.

It’s worth noting that one key question – whether countries make responsible decisions about closing their airspace during military conflict – has already been answered.

Ms. Fox said that the Dutch investigation into the downing of Flight MH17, shot down by Russian and Ukrainian separatists in 2014, came to the conclusion that countries in the midst of conflicts don’t live up to their responsibility to ensure safety. “In practice, states involved in armed conflict rarely close their airspace,” the Dutch Safety Board reported.

But getting to the bottom to the trickiest, most potentially damaging questions for Iran’s regime now appear to depend on their willingness to answer.

There are some signs the Iranian government is being more open than usual. It surprised the world last week by admitting it had accidentally shot down the plane, killing 176. It seems hard to believe the downing would have been intentional, because it would not serve the regime’s interest. The next questions, however, are far more sensitive to Iran’s regime: They are about how powerful elements of the country’s untouchable elite made a horrific blunder. And that question will be left to Iran’s own investigators. 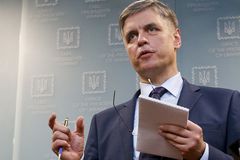 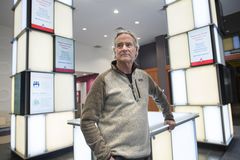 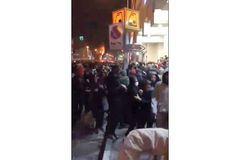