Justin Trudeau spoke with his counterpart in New Zealand on Saturday, offering his condolences for the 50 people killed and dozens injured following Friday’s shootings at two mosques in Christchurch.

One man has been arrested and charged with murder in what appears to have been a carefully planned racist attack in New Zealand.

There are unconfirmed reports that the shooter was influenced by Alexandre Bissonnette, the shooter convicted of six counts of first-degree murder in the Quebec attack.

A now-deleted Twitter account believed to be linked to the accused Christchurch shooter appeared to show three assault-rifle magazines, one of which has Bissonnette’s name on it.

Trudeau’s office says he offered Canada’s support and the leaders agreed to stay in touch and “work together on their shared priority of ensuring safe, secure and open societies.”

By contrast, on Friday, Conservative Leader Andrew Scheer issued a lengthy statement about the New Zealand terrorism attacks after initially tweeting messages that did not mention that the victims were Muslim.

Mr. Scheer first tweeted, “Freedom has come under attack in New Zealand as peaceful worshippers are targeted in a despicable act of evil. All people must be able to practice their faith freely and without fear. … There are no words strong enough to condemn this kind of vile hatred. I am praying for peace for the families of those lost and recovery for those injured."

That response was met by swift criticism online, including from Andrew MacDougall, a former spokesman for prime minister Stephen Harper, who tweeted, “Delete and try again. Name the place of worship. Name their religion. Put your arms around them. Condemn the specific pathology that drove their killer(s).”

By Friday afternoon, Mr. Scheer issued a new statement, saying he wished to express “both my deep sadness at the tragic loss of innocent life and my profound condemnation of this cowardly and hateful attack on the Muslim community.

“Houses of worship, like the two mosques attacked last night, should be places where all people can meet freely and without fear. We stand with our Muslim brothers and sisters to ensure that they remain this way. We must condemn, in the strongest terms possible, the type of extreme and vile hatred that motivated this despicable act of evil.” 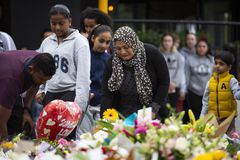 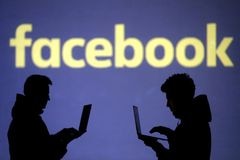 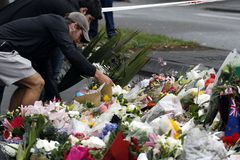