When deteriorating health forced David McClure, who is 81, to enter first one Ottawa nursing home, and then another, he felt as though he was going back into the closet, after decades out of it. “I couldn’t let my gayness show," he said. “The looks were very askance.”

But when a degenerative neuromuscular disease compelled Paul Leroux, 62, to enter a different nursing home, “they welcomed me with open arms.” He is organizing the centre’s first Pride Day later this month. As the only openly gay resident (though he has his suspicions...), he’s stressing that Pride means pride for all.

The contrast is revealing. Improving the quality of life for queer seniors nearing the end of life is the next frontier for LGBTQ activists. In some long-term care facilities, staff are trained and vigilant in protecting the rights of sexual minorities. In others, ignorance can lead to discrimination.

If you are in your mid-60s or older, you remember when it was a crime to be gay in Canada. (Homosexual acts between two consenting adults were decriminalized in 1969.) You remember when being openly gay could keep you from getting a job. Holding hands or kissing in public? You would never think of such a thing.

Now, as an increasing number of LGBTQ seniors require long-term care, some discover that the old days are back. Staff in nursing homes lack training for special needs. Some residents may harbour intolerances from earlier times. Circumstance may place a lesbian in the same room as a fundamentalist Christian. And for some, dementia may unleash prejudices that had long been suppressed.

LeZlie Lee Kam, who self-identifies as a “queer dyke,” is part of a new seniors advisory committee formed by Egale, which advocates for sexual minorities in Canada. As the population steadily ages – in less than two decades a quarter of us will be seniors – the needs of older LGBTQ folks are a growing priority.

Too many queer seniors “are going back into the closet because we’re afraid of the kind of treatment we’re going to receive,” she believes. “Across the board there is not the culturally-competent training that’s necessary when working with us.”

The situation is hardly unique to Canada. At a conference on aging in Toronto on Tuesday, SAGE (Services and Advocacy for GLBT Elders), a U.S.-based organization that advocates for LGBTQ seniors, is releasing a report on public attitudes to sexual minorities worldwide. The Globe and Mail was given a copy in advance. Not surprisingly, the report reveals that the more contact straight people have with LGBTQ people, the more accepting they are. Older people are the least likely to have had such contact, and so are generally the least tolerant.

For LGBTQ seniors, “social isolation can lead to a greater need for care and a greater need for services,” according to SAGE chief executive Michael Adams. His organization estimates LGBTQ seniors are twice as likely to be single and four times as likely to be childless as their straight counterparts, placing them at greater risk of isolation and depression. Going into care can lead to increased discrimination, he adds, because the people least likely to know and be comfortable around LGBTQ people are older straight people.

For Jane Barratt, secretary-general of the International Federation on Ageing, progress begins with the adoption of national standards for residential care facilities. Those standards should include proper training for caregivers on the needs of LGBTQ people in care. But “it can’t be just, ‘let’s fix up the issue with residential care,’” she adds. Educating the community of the need to welcome people of diverse backgrounds requires long-term effort.

Still, facilities matter. Barbara Michalik is program director at the Rekai Centres, two long-term care facilities near Toronto’s Gay Village. At one centre, about 10 per cent of residents self-identify as LGBTQ; at another, the figure is closer to 5 per cent.

An inner-city nursing home mixes races, classes, beliefs and orientation, increasing the risk of stigma for queer seniors, she says. “They have fought so hard, and been through so much, and now they feel vulnerable again.”

The solution is constant education of staff and vigilance for signs of tension between residents. At Rekai, there are Pride festivals and other social activities, such as a drag show. There is also counselling and other supports when required.

David McClure’s story ends happily. A friend and caregiver, with the help of others, got him established in an apartment equipped for people with special needs, where he has independence, friendship and now a new life partner. Not only does he have greater control over his life, “I’m accepted 100 per cent.”

Understanding and acceptance have been the life goals for LGBTQ people in Canada for decades. Now the struggle is to achieve dignity in the last years of life, which sometimes take place in nursing homes.

It’s for everyone – caregivers, family and the folks in the next room – to provide it. 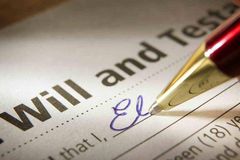 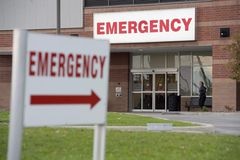 Seniors in Toronto community housing say they are victims of crime, harassment as younger tenants transferred in
July 14, 2018 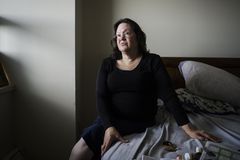