That was fast. It took about half an hour for Liberal MPs on the Commons justice committee to hear an opposition motion to bring Jody Wilson-Raybould back to testify again and decide, collectively, “Nah.”

At least, they aren’t going to do it this week. Too bad for their party that they can’t figure out how to rip the Band-Aid off as quickly on the larger SNC-Lavalin affair.

Instead, they are fuelling the most potent narrative still giving legs to the story – the idea that they are blocking Ms. Wilson-Raybould, the former justice minister and attorney-general, from revealing something important about the SNC-Lavalin affair.

It was pretty reasonable for a lot of people to have decided by Wednesday that they’d heard enough, and they knew more or less what happened.

The story still has unanswered questions. But after the testimony of Ms. Wilson-Raybould and Mr. Trudeau’s former principal secretary, Gerald Butts, it has a basic structure: Mr. Trudeau wanted Ms. Wilson-Raybould to reconsider her decision not to intervene to halt the bribery prosecution of SNC-Lavalin in favour of a negotiated remediation agreement. The PM and his operatives made that point to her. The question to be judged was whether they did so appropriately or whether they put pressure on her and interfered in a criminal prosecution.

Maybe, therefore, the Liberals could have expected the story to die down, to be overshadowed by the grounding of Max 8 airplanes or next week’s federal budget.

But then Liberal MPs engaged in some pointless procedural obstructionism that revives suspicions about one aspect of the story: What happened after Ms. Wilson-Raybould was shuffled out of the post as justice minister and attorney-general on Jan. 14, and before she quit the cabinet a month later?

That is what opposition MPs want to ask. In her first appearance, Ms. Wilson-Raybould said she could not talk about things that happened in that period. She wrote a letter to the justice committee complaining she was not able to speak about “conversations I may or may not have had with the Prime Minister.” Those things, she said, were covered by cabinet confidence, and not included in the waiver Mr. Trudeau had issued.

Maybe there’s nothing important in the answers, but if so, why don’t the Liberals want Ms. Wilson-Raybould to come before the committee, fast, and get it over with? Why won’t they rip the Band-Aid off?

It’s worth pointing out that the Liberal MPs did not vote to block Ms. Wilson-Raybould from ever appearing. They turned down an opposition motion to call her as a witness, but there is still another justice committee meeting next Tuesday where the agenda for future meetings can be set. The Liberals say they prefer to discuss such things behind closed doors.

But in this case, that’s a crock. This was a simple motion in the most closely watched parliamentary hearings in the country. It was a simple yes or no question. The Liberal MPs voted to adjourn the committee meeting without having it go anywhere. At best, that’s stalling. At worst, it’s obstructionism.

Opinion: The SNC-Lavalin affair: A TV critic’s guide to all the drama

This seems like a pretty self-destructive thing for Liberal MPs to do. It adds fuel to the story, and the same question – whether they will let Ms. Wilson-Raybould come back to the committee to testify again – will come up again next Tuesday. Those Canadians who figured they already knew pretty much what happened in this affair are being invited to ask questions again.

That has been the lighter fuel on the SNC-Lavalin affair since the beginning. The Prime Minister didn’t offer much of an explanation, and the notion that Ms. Wilson-Raybould was gagged – promoted by the social-media hashtag #LetHerSpeak – built up the political pressure. Now, the Liberals are doing it again. And you have to think that somehow, someway, Ms. Wilson-Raybould will have her say – perhaps at a worse time for Mr. Trudeau.

Instead, the Liberals rushed to shut down Wednesday’s committee meeting as soon as they could get a word in and rush out the door. That just invites Canadians to ask why. 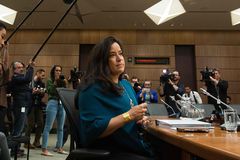 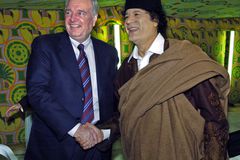