Finance Minister Bill Morneau said he has not ruled anything out – including corporate or personal tax cuts – as he prepares a fall update that will outline Canada’s response to the major tax reform package adopted this year in the United States.

His comments come as a new report warns that recent U.S. tax cuts will have a devastating impact on the Canadian economy unless Ottawa and the provinces take action.

A report by the PwC accounting firm to be released Wednesday states that the U.S. tax changes put 635,000 Canadian jobs at risk and could potentially reduce Canada’s GDP by $85-billion, representing 4.9 per cent of the Canadian economy. The report said the potential harm of the U.S. tax cuts is far greater than estimates of what might happen if Canada fails to secure a new North American trade deal.

The report was commissioned by the Business Council of Canada and an advance copy was provided exclusively to The Globe and Mail.

In December, 2017, the U.S. Congress approved a tax package that reduced the federal corporate tax rate to 21 per cent from 35 per cent, which effectively eliminated Canada’s corporate tax advantage. The package also allowed for the immediate full expensing of business investment in equipment, reduced personal tax rates, and made other technical tax and regulatory changes.

At the time of his February, 2018, budget, Mr. Morneau said it was too early for Canada to respond. However, the budget announced that the Finance Department would be conducting an assessment of the changes. No details from that review have been released.

In comments over the summer, Mr. Morneau has signalled openness to making some tax changes in response, but attempted to steer the debate away from talk of lower corporate or personal taxes.

Mr. Morneau was asked Tuesday whether he had in fact ruled out a move to lower corporate or personal tax rates.

“I’m not at the stage now where I can say we’ve ruled anything in or anything out,” said Mr. Morneau, who spoke with reporters in Saskatoon after meeting with business leaders. “We’re certainly looking at all aspects of the changes in the United States in order to ensure that the opportunity to maintain a robust investment environment in Canada stays there.”

Liberal MPs are in Saskatoon for caucus meetings ahead of Parliament’s return next week.

Mr. Morneau was not asked directly about the PwC report because it had not yet been made public. The Business Council of Canada said it provided an advance copy of the report to the minister’s office.

The Finance Minister released a report of his own on Tuesday that presents various labour and income statistics to make the argument that Liberal government policies have provided a boost to the economy.

He said the feedback he has received so far this year from business leaders varies widely depending on the province or industry sector.

The PwC report includes several policy recommendations, including lowering corporate and personal taxes. To make up for the lost revenue, the report said Ottawa could broaden the tax base and increase the federal sales tax rate.

It also breaks down how various sectors of the Canadian economy are likely to be affected by the U.S. tax changes. For instance, manufacturing jobs in chemicals, machinery, plastics, rubber and transportation are listed as facing a “large” long-term impact, with up to 75 per cent of sectoral GDP at risk.

The report says Ontario, Alberta and Quebec will experience the largest effects because of their relatively high concentration of affected sectors.

Brian Kingston, vice-president of international and fiscal issues for the Business Council of Canada, said the PwC report provides a “sobering” analysis of the consequences for Canada in the face of U.S. tax reform.

Mr. Kingston said the report underscores the need for wide-ranging changes to the tax system in Canada that will encourage competitiveness while maintaining required levels of government revenue.

“We need to respond to it very quickly, and at a very minimum we’re hoping that the minister in the fall fiscal update will lay out some sort of plan that can reassure the business community that he intends to address U.S. reform,” he said. “It’s encouraging to know that he’s not ruling anything out, but we’re looking for a concrete plan of action.” 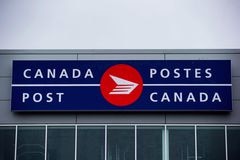 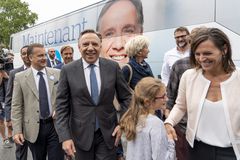 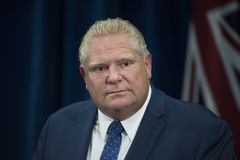