Members of Parliament urged Pope Francis to apologize for the abuse of Indigenous children at Catholic-run Indian residential schools during a debate in the House of Commons on Thursday.

MPs will vote on the motion next Tuesday. The Liberals and NDP say they will support it, but it is unclear if all MPs will back it. A few Conservative MPs prevented unanimous consent on a similar motion last week.

Thursday’s motion, tabled by NDP MP Charlie Angus, invites the Pope to come to Canada to apologize for the church’s role in the residential schools, resume its efforts to raise $25-million for Indigenous healing and hand over any remaining documents that could help survivors. About 20 survivors of the Catholic-run St. Anne’s Residential School, which was in Mr. Angus’ northern Ontario riding, sat in the House of Commons gallery as he spoke to his motion on Thursday.

“They have shown more reconciliation in the face of legal obstructions and challenges, and the horrific crimes,” Mr. Angus said of the survivors. “As one said to me, if you could imagine the worst horror movie that you could ever make and put children in it, that wouldn’t begin to cover what happened at St. Anne’s Residential School.”

Mr. Angus’ motion closely resembles the one he introduced last week, which required unanimous consent and was defeated when a few Conservative MPs shouted their opposition. The new motion does not require unanimity and, unlike the previous one, requires a debate in Parliament and a recorded vote.

Carolyn Bennett, the Minister of Crown-Indigenous Relations, who worked with Mr. Angus on the wording of the motion, said the Liberals will support it.

“It is not about the church versus government,” Ms. Bennett said. “This is about doing what is best for residential school survivors and helping them along the healing journey.”

A number of Conservative MPs spoke during the debate on Thursday.

“As Conservatives, we believe that any group or institution that had a significant role in the residential school system should apologize and should help to ensure that Canada moves towards reconciliation,” said Tory MP John Nater, who pledged to support the motion.

However, Conservative Leader Andrew Scheer’s office declined to say whether all Tory MPs, including Mr. Scheer, would vote in support of the papal apology motion next week.

In 2017, Prime Minister Justin Trudeau personally asked the Pope to come to Canada and offer an apology, but the request was officially denied at the end of March.

Last week, two Roman Catholic bishops held a news conference in Ottawa in which they said the Pope may eventually apologize for the church’s part in the residential schools, but that it was not up to them to tell him what to do.

Among the 94 calls to action from the Truth and Reconciliation Commission was a recommendation that the Pope apologize to survivors of the schools, their families and their communities for the part the Roman Catholic Church played in the “spiritual, cultural, emotional, physical and sexual” abuse of the children who attended the schools.

Individual orders of the church that ran the schools have apologized. But, while Pope Benedict XVI expressed “sorrow” in 2009 for the abuse and “deplorable” treatment of Indigenous students at the schools, the Vatican has never made a full apology. 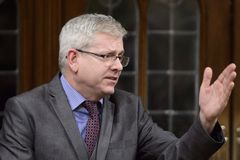 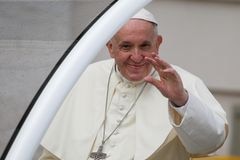 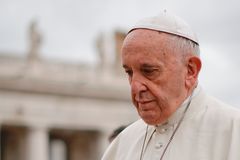