The representation of Black and female members has risen notably in Nova Scotia’s legislature following Tuesday’s provincial election, but no one who identifies as Indigenous was elected in the vote – or at any point in the province’s history.

Four Black people won ridings this week, which is a historic change; before Tuesday, a total of five African Nova Scotians had won seats since the province’s first election in 1758.

Suzy Hansen, a newly elected NDP member of the legislature, referred to the change in Black and female representation as “wonderful, compared to what we had before.”

The day after she won her riding of Halifax Needham, the 42-year-old politician stood at the police barricades of a chaotic demonstration against the city’s decision to tear down shelters for the homeless. She said her presence as a Black woman was a visible reminder of her community’s experience.

“We know what it’s like to be pushed out of our homes, when you recall what happened in Africville,” she said, referring to a Black community in Halifax where residents were evicted from 1964 to 1970 in the name of urban renewal.

Ali Duale, the new Liberal member for Halifax Armdale, said he felt inspired to run by party leader Iain Rankin during their encounter at a vigil in June after a Muslim family was struck down and killed by a vehicle in London, Ont.

“[Rankin] said ‘If you want to see change, the best way is to put your name on the ballot,’ and that touched my heart,” said Mr. Duale, who fled Somalia in the 1990s and is a practising Muslim.

“It’s not 50 per cent of the total, but it’s climbing with each election and hopefully we’ll get there eventually,” said Sarah Dobson, a lawyer who co-authored On our shoulders: the women who paved the way in Nova Scotia politics with political science student Grace Evans.

For Indigenous candidates, however, the Nova Scotia election result did not produce gains in representation.

Nadine Bernard, a Liberal candidate in the Cape Breton riding of Victoria-The Lakes, said Thursday she believes her candidacy as an Indigenous person made a difference, as it introduced her community to the normalcy of having a Mi’kmaq person run for office.

But she said significant obstacles remain.

Over a century of Indigenous bands dealing directly with federal governments has led to less involvement with provincial politics, despite the crucial role it plays in everyday Mi’kmaq lives, Ms. Bernard said.

“I’m disappointed and I’m saddened there still won’t be a voice where decisions and polices that will impact our people will be made,” Ms. Bernard said in an interview. “We’ll be voiceless [in the legislature] once again.”

Ms. Bernard said creating some form of riding or guaranteed representation for the Mi’kmaq should be considered, adding that the political parties should continue efforts to seek out and encourage Indigenous candidates.

The 2021 election included four so-called protected ridings, one for the Black community in the Preston area and three ridings with large Acadian populations.

In addition, all of the major parties say they have increased efforts to recruit candidates from diverse backgrounds, either though education of riding executives or – in the case of the NDP – a requirement that local party officials provide “comprehensive evidence” of having approached a diverse group of people.

The Progressive Conservatives, who won a majority mandate on Tuesday, were unable to elect any of their Black or Indigenous candidates to the legislature.

In a news conference Wednesday, premier-designate Tim Houston said when he became Leader of the party three years ago he set up a committee to explore methods to increase the diversity of Tory candidates.

“We attracted the most diverse group of candidates we ever had I share in their sorrow that we didn’t win them all,” he said.

“Certainly it’s my intention to continue to make sure that every Nova Scotian sees themselves in our government and certainly in the structure of the Progressive Conservative party, and we’ll continue to work on that.” 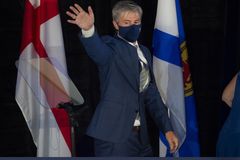 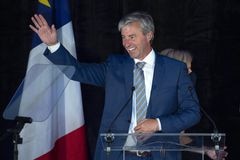 First Nation chief detained by fisheries officers in N.S. after launching fishery
August 16, 2021
Report an error
Due to technical reasons, we have temporarily removed commenting from our articles. We hope to have this fixed soon. Thank you for your patience. If you are looking to give feedback on our new site, please send it along to feedback@globeandmail.com. If you want to write a letter to the editor, please forward to letters@globeandmail.com.
Comments