Newly minted Conservative Leader Erin O’Toole sought to contrast his party with the governing Liberals by positioning the Tories as an ethical government-in-waiting in his first speech to caucus.

The Wednesday meeting in Ottawa was also the first time that the Conservatives gathered in-person in large numbers since the COVID-19 pandemic brought an end to sizable face-to-face gatherings in March. The meeting was held in a hybrid format with some MPs and senators joining through video conferencing while the majority gathered in a large main room and in two overflow rooms.

Mr. O’Toole’s office said the event was organized in accordance with public-health guidelines.

Less than three weeks after his leadership victory, Mr. O’Toole highlighted the need for the party to unite after a divisive race. He told his 141 Conservative MPs and senators that the modern Conservative Party was built on the belief that despite their differences they are “better and stronger together when we are united.”

“We will show all Canadians that we are a government-in-waiting,” Mr. O’Toole said. In an apparent jab at the the ethical controversies facing Prime Minister Justin Trudeau’s government, the Conservative Leader repeatedly highlighted his party’s focus on ethics.

“Together we will form an engaged, ethical and compassionate Conservative government," Mr. O’Toole said.

The Conservatives met ahead of the fall sitting of Parliament, which will start on Sept. 23 with a Speech from the Throne. Mr. Trudeau prorogued Parliament in mid-August as his government grappled with the fallout from finance minister Bill Morneau’s resignation, the WE Charity controversy and the resulting investigations by the Conflict of Interest and Ethics Commissioner into both Mr. Trudeau and Mr. Morneau.

Mr. Trudeau’s decision to prorogue Parliament set the stage for a confidence vote on the minority Liberal government, immediately prompting speculation about a fall election. But Mr. O’Toole did not address the possibility of voters going to the polls in his speech to caucus. Heading into the meeting, his deputy leader, Manitoba MP Candice Bergen, reiterated that Conservatives don’t want an election this fall.

Mr. O’Toole told The Globe and Mail in a recent interview that his short-term priority is to consult his caucus and Canadian business leaders on policy ideas for the next election campaign, which he said he is ready to fight, but not looking to trigger.

In a speech that poked fun at the Liberals' ability to do math and the opposition’s inability to heckle the government during House of Commons meetings held over Zoom, Mr. O’Toole also took on cancel culture. In addition, he tried to highlight some of the diversity in his leadership team and shadow cabinet, which is still predominantly white and male.

Casting forward to the next phase of the novel coronavirus pandemic, Mr. O’Toole talked about the need for a plan to address a possible second wave, not “hashtags or photo-ops.” In particular, he highlighted the struggles of small businesses in Canada which he said have either shut down or are teetering on the edge of bankruptcy.

Derek Sloan was the only other member of the Conservative caucus who was on the leadership ballot. Mr. Sloan, an Ontario MP, placed last in the race. His own future in the party was put in doubt after he questioned Chief Public Health Officer Theresa Tam’s loyalty to Canada. Those April comments were widely condemned as racist, but Mr. O’Toole refrained from criticizing them.

After Mr. O’Toole won the leadership, he evaded a question about Mr. Sloan’s future in the party. On her way into the Wednesday meeting, Ms. Bergen said the issue has been put to rest.

“I believe that Derek is part of our team,” she said. “He’ll work as a team member, and work for the good of all Canadians.”

Speaking to reporters Wednesday, Mr. Sloan said he felt welcomed by his colleagues and intends to remain a part of the team, while at the same time continuing to stand up for positions he believes in.

“I’m happy to be proud of the things that I stood for and to telegraph to the people that follow me that I’m still in their corner.”

Mr. Sloan has said he is “100 per cent opposed” to requiring Canadians to take a coronavirus vaccine. He said on Twitter that being required to wear a mask in public “isn’t about science or law, it’s about control and compliance.” Mr. Sloan is against abortion and opposes Liberal legislation that would ban conversion therapy. 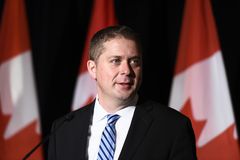 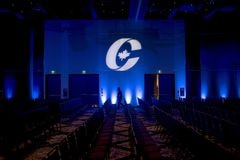