An eminent Canadian historian of the Holocaust says Poland’s nationalist government is using a proxy to sue him for libel as part a campaign to stop further studies into the role Polish collaborators played in murdering Jews for the Nazis.

University of Ottawa professor Jan Grabowski is awaiting a ruling in a Polish court on Tuesday that could have broad implications for historians seeking to study the Holocaust.

“If this lawsuit is successful then basically it will mean the end to the independent writing of the history of the Holocaust in Poland,” he said in an interview.

Prof. Grabowski and Polish sociologist Barbara Engelking are being sued for the 1,600-page, two-volume study they co-edited, Night Without End: The Fate of Jews in Selected Counties of Occupied Poland. It examined nine areas of occupied Poland during the Second World War where it discovered thousands of Jews, who went into hiding, were betrayed or murdered by their Polish neighbours.

Filomena Leszczynska is suing over part of the book that mentions her uncle Edward Malinowski, the now deceased former mayor of the village of Malinowo. The book quotes witnesses who accused Mr. Malinowski of being an accomplice in the deaths of several dozen Jews in the village.

The lawsuit is backed by the ultranationalist and government-funded Polish League Against Defamation.

The organization has been part of a broader effort by Poland’s populist Law and Justice government to challenge research on Polish participation in the killing of Jews by Nazi Germany. Poland was under German occupation for much of Second World War.

“The proceedings against these two scholars of international repute are nothing more than an attempt to to use the legal system to muzzle and intimidate scholarship on the Holocaust in Poland,” said Mark Weitzman, director of government affairs for the Simon Wiesenthal Centre, a Jewish global human-rights organization.

Poland’s parliament voted in 2018 to make it illegal to blame the country for Holocaust crimes. Under international pressure, the law was amended to remove prison as a possible punishment for violators, though individuals can still be tried and fined, including for slander.

“If the court finds anything is wrong with our scholarship then of course we have pay huge fines [$35,000] and even more so in terms of buying newspaper space and in television [to apologize],” Prof. Grabowski said.

The effect of a judgment would result in a libel chill for other scholars and students of the Holocaust and could eventually lead to the closing of historical archives, he said.

Open and free scholarship is essential especially on the subject of the Holocaust, said Shimon Fogel, chief executive officer of the Ottawa-based Centre for Israel and Jewish Affairs, an advocacy organization.

“Attempts to bully, silence and intimidate researchers, including through means of legal persecution, is wrong and we condemn it,” he said. “This lawsuit will have a chilling effect. The only winners will be those whose aim is to deny and distort history to advance their own cynical, revisionist agenda.”

Prof. Grabowski was given the Yad Vashem International Book Prize in 2014 for his work Hunt for the Jews: Betrayal and Murder in German-Occupied Poland. 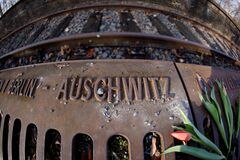 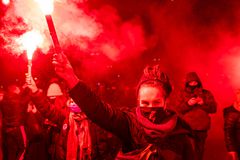