Prime Minister Justin Trudeau says his government is looking at suspending the federal permits that allow the export of a massive sale of armoured vehicles to Saudi Arabia.

He made the comments on Wednesday while reiterating that Canadians are going to expect Ottawa to take action over the killing of dissident journalist Jamal Khashoggi.

Mr. Trudeau has balked at outright cancelling a $15-billion deal to sell weaponized light armoured vehicles to Saudi Arabia, arguing on Tuesday it could cost Canadians as much as $1-billion in charges if Ottawa abrogated the contract. He blamed former prime minister Stephen Harper for signing an agreement with Riyadh that included such restrictions. The 14-year deal was signed in 2014 under Mr. Harper, but it was the Liberal government in 2016 that approved exports to the Saudis under Canada’s arms export-control rules.

Amnesty International on Wednesday harshly criticized Mr. Trudeau for his hesitation in cancelling the deal, noting that the Saudi monarchy has also spearheaded a war in Yemen that has left thousands dead and wounded.

“It is appalling that Prime Minister Justin Trudeau would stand behind a multibillion-dollar arms deal with Saudi Arabia, as the country’s atrocious list of human-rights violations continues to grow,” Amnesty International Canada secretary-general Alex Neve said in a statement.

“Human rights do not and can never be allowed to carry a price tag. The people of Yemen do not deserve to be told that protecting their rights and doing everything Canada can do to avoid any degree of complicity in war crimes at the hands of the Saudi-led coalition that has caused so much suffering over the past three years is not worth $1-billion.”

A suspension of exports under the LAV deal, as Mr. Trudeau is considering, is not the same thing as cancelling a deal. It simply means shipments of vehicles to Saudi Arabia would be frozen until Ottawa lifted the suspension or outright cancelled the deal.

Suspending export permits is normally done when there is an allegation or finding that an exported product has been used to violate the rights of civilians.

However, the Canadian government has repeatedly said publicly that it has extremely “broad discretionary authority” under the Export and Import Permits Act when it comes to decisions on whether military goods can be shipped abroad. Ottawa frequently cited this latitude when it was defending itself in court both in 2016 and 17 against allegations it mishandled the Saudi LAV file.

“We are looking at, as I said, suspending … export permits, which is something we’ve done in the past,” he said.

“We’re also looking at the contract and to try and see what we can do because, you know, obviously as we get clarity on what actually happened to Jamal Khashoggi, Canadians and people around the world will expect consequences.”

Mr. Trudeau spoke with German Chancellor Angela Merkel on Wednesday and discussed the need for transparency and accountability in the Khashoggi case, the PMO said.

The Prime Minister’s Wednesday comments did not offer any details of what, if any, action the government would take.

And the Prime Minister’s Office declined to elaborate on Mr. Trudeau’s latest statements. Cameron Ahmad, director of communications for the PMO, said he had nothing to add to what the Prime Minister or Foreign Minister Chrystia Freeland have said to date.

The previous time the Trudeau government suspended an export permit was August, 2017, when it stopped approving permits for arms exports to Saudi Arabia after it began an investigation into Riyadh’s deployment of Canadian-made armoured vehicles against Saudi citizens. Ottawa also temporarily suspended export permits issued for the armoured-vehicle maker whose machines were photographed and videotaped taking part in the crackdown. These suspensions were later lifted.

Mr. Khashoggi, a Saudi journalist living in self-imposed exile in a suburb of Washington, vanished on Oct. 2 after entering the Saudi consulate in Istanbul to obtain papers so he could marry his Turkish fiancée.

Last Friday, Saudi Arabia conceded Mr. Khashoggi was killed in the consulate but said his death was the result of a fistfight with more than one dozen Saudi officials. It said 18 Saudi nationals had been detained and two top security officials fired.

On Monday, further details of Mr. Khashoggi’s case emerged. Video that CNN described as law-enforcement surveillance footage showed a member of the Saudi team dressed in Mr. Khashoggi’s clothes to make it appear that he had left the consulate.

On Wednesday, Prince Mohammed, a man whom Turkish and U.S. officials reportedly believe must have known of the plan to kill Mr. Khashoggi, finally broke his silence on the matter with a pledge to bring the killers to justice. 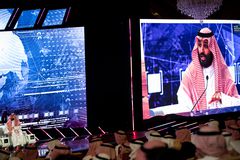 Opinion
Why is Canada still selling arms to the Saudis?
Subscriber content
October 24, 2018 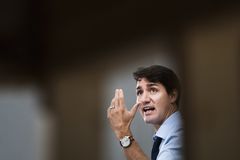 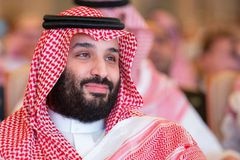