The Russian embassy’s spokesperson, who during his time in Ottawa distributed to reporters documents from a hacking group that attacked Canadian athletes and anti-doping officials, was one of four Russian diplomats recently expelled from Canada.

Kirill Kalinin left Ottawa on Thursday, 10 days after the Canadian government announced the expulsion of four Russian intelligence operatives. The expulsions were part of a worldwide effort to punish Russia for a nerve-agent attack on a former Russian spy and his daughter in Britain in March.

A source confirmed that Mr. Kalinin was expelled.

Mr. Kalinin was a prolific user of Twitter, and would send direct messages to Canadian reporters with suggestions for stories. This included in at least one instance material being circulated by Fancy Bear, a Russian hacking group believed to have links to Russia’s military-intelligence unit, GRU.

This material alleged a conspiracy among anti-doping agencies in several countries. This Twitter approach from the Russian embassy was followed by an e-mail purporting to be from Fancy Bear that offered links to download documents that the group said demonstrated wrongdoing on the part of Canadian officials and contained data on Canadian athletes.

Mr. Kalinin and the Russian embassy in Ottawa did not respond to a request for comment on Friday.

In 2017, the Associated Press reported that Fancy Bear had for years tried to hack into the personal e-mail accounts of at least 200 journalists, publishers and bloggers. Diplomatic personnel were another target, the news agency said.

In past reporting, the Associated Press has also demonstrated how Fancy Bear used phishing emails – designed to trick targets into allowing access to their computers – to attack Russian opposition leaders, Ukrainian politicians, U.S. intelligence figures, the chair of Hillary Clinton`s 2016 presidential campaign, John Podesta, and more than 130 other Democrats.

“It’s political and media influence operations to achieve all sorts of different objectives. I would say first among those being political pressure on your adversaries, attempts to change positions of your adversaries, or just to advance a position that you have, like the drug issue that they [Russia] have with the International Olympic Committee,” Mr. Ellis said.

Canada also expelled three other Russian diplomats from the country`s consulate in Montreal last week; their identifies are not known. The Canadian government has refused to release the names of the expelled Russians for privacy reasons.

A senior federal official told The Globe and Mail last week that diplomats in Montreal were conducting cyberactivities aimed at discrediting the World Anti-Doping Agency (WADA) and spreading disinformation about Canada, the United States and Europe.

The official, who was not authorized to speak on the record, said the Russian spies targeted WADA after the International Olympic Committee barred Russia’s team from the 2018 Winter Olympics in South Korea as punishment for alleged state-backed doping at the 2014 Games in Sochi. Russian internet trolls and automated bots used social media in an attempt to discredit the doping allegations and assert they were part of a U.S. plot to interfere in Russia’s presidential election.

Moscow expelled more than 150 diplomats, including four Canadians, in retaliation for the wave of Western expulsions of Russian diplomats over the poisoning of ex-spy Sergei Skripal and his daughter Yulia in the British city of Salisbury.

“Whether it be harassment at entry and exit points or routine interdictions by police and other government officials, visitors and foreigners writ large can expect to be hassled. The level of harassment could become grave,” the ICEN Group’s bulletin reads.

“Business travellers are particularly vulnerable to cyber and technical attacks while in the Russian federation as well as at home.”

The government’s travel advisory for Russia recommends that Canadians “exercise a high degree of caution” there. It also says Canadians should “avoid all travel” to areas that include Chechnya, as the embassy in Moscow cannot provide much, if any, assistance in those regions. 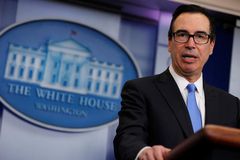 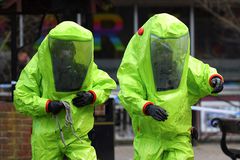 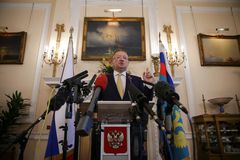 Follow Michelle Carbert and Steven Chase on Twitter @michellecarbert @stevenchase
Report an error Editorial code of conduct
Due to technical reasons, we have temporarily removed commenting from our articles. We hope to have this fixed soon. Thank you for your patience. If you are looking to give feedback on our new site, please send it along to feedback@globeandmail.com. If you want to write a letter to the editor, please forward to letters@globeandmail.com.
Comments are closed