Canadian government computer systems were not compromised by the massive breach of U.S. government networks and private companies’ systems around the world, according to General Jonathan Vance, Chief of the Defence Staff.

U.S. security agencies say Russia’s foreign intelligence service, the SVR, carried out “most or all of the recently discovered, ongoing cyber compromises of both government and non-governmental networks.”

In late December, Microsoft said more than 40 organizations around the world, including in Canada, were targeted using network-management software from Texas-based SolarWinds Inc.

Ottawa has said little about the sophisticated cybersecurity attack, but Gen. Vance told The Globe and Mail the hackers did not breach federal government computer networks, including sensitive military computers.

“There is no indication to me that they did. Not that I know,” he said. “But don’t feel too comfortable, because we are attacked, hit, state or non-state sponsored … hundreds of thousands of times a day. Our defences are good, but we have some failures.”

Gen. Vance pointed to China’s state-sponsored cyberattack on the National Research Council’s computer infrastructure in 2014, which caused hundreds of millions of dollars in damage.

The general, who retires as top military commander later this month, said Russian and Chinese spy agencies have developed vast networks of cyberhackers in an attempt to secure military and economic advantage.

“With Russia and China, you are talking about industrial-level, massive investments in the ability to dominate cyberspace,” he said. “That deep cyberthreat can have a tremendous impact on a lot of things.”

The general said Canada has invested much money and expertise to defend against cyberattacks, particularly through the Communications Security Establishment (CSE), which is responsible for signals intelligence and cyber security.

“We have the skills and the drills to do it, and I do have the authority to operate in cyberspace, to do offensive operations in cyberspace, but I won’t go into any more details,” he said.

CSE would say only that its assessment of the situation is continuing. “As a result, we do not have any further information to add on potential victims,” media spokesperson Evan Koronewski said.

Mr. Koronewski added that the Canadian Centre for Cyber Security, a unit of CSE, has issued a cyber alert with recommended actions and mitigation advice.

Shared Services Canada (SSC), which manages most of Ottawa’s IT infrastructure, said that at this point, none of the SolarWinds platforms and products the government uses have been affected by the incident.

“SSC has had no indications of a compromise in any infrastructure it maintains,” the department said.

Christopher Parsons, a senior research associate at the Citizen Lab, a cybersecurity outfit at the Munk School of Global Affairs, said what remains unclear is whether companies supplying departments such as National Defence or firms responsible for critical infrastructure have been affected by the hack.

“If the government of Canada is clean – which we all hope they are – that doesn’t necessarily mean one of the shipyards building vessels for the military or Coast Guard, for instance, is unaffected by this,” he said.

The Department of National Defence did not immediately respond to a question on whether it had surveyed suppliers.

The U.S. government said the hack, which is believed to have started in March, compromised federal agencies and “critical infrastructure” in an attack that was hard to detect and will be difficult to undo.

Investigators at Moscow-based cybersecurity firm Kaspersky said the “backdoor” used to compromise up to 18,000 SolarWinds customers closely resembled malware tied to a hacking group known as “Turla,” which Estonian authorities have said operates on behalf of Russia’s FSB security service.

Their findings are the first publicly available evidence to support U.S. assertions that Russia orchestrated the hack, which compromised several sensitive federal agencies and is among the most ambitious cyber operations ever disclosed.

Moscow has repeatedly denied the allegations. The FSB did not respond to a request for comment. 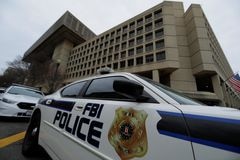 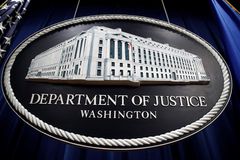 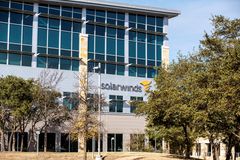