Sanofi will build an “end-to-end” influenza vaccine manufacturing facility in Toronto following an announcement Wednesday that the global pharmaceutical giant, the federal government and the province of Ontario will invest close to a billion dollars in the project.

The nearly 50-50 split of public and private investment will ensure that Canada has an operational domestic vaccine manufacturing plant by 2026 that can make enough vaccine for the entire population within about six months of the World Health Organization identifying a pandemic flu strain, the federal government said Wednesday.

“When it comes to the next pandemic flu, we should be self-sufficient,” Industry Minister François-Philippe Champagne said.

Sanofi will spend $455-million on the facility, while the federal government is pledging $415-million and Ontario will kick in $55-million. The facility will be used to make Sanofi’s Fluzone vaccine, a high-dose quadrivalent influenza shot, which is supplied to Canada, the United States and Europe.

Mr. Champagne said negotiations with Sanofi are continuing over a contract to supply the federal government with vaccines during a future pandemic. The federal government did not provide more detail on those talks, but Mr. Champagne told CBC’s Power and Politics that the deal would give Canada priority access in any future pandemic to vaccines developed at the site .

“That’s the basis of the investment that we’ve been making, obviously, is the fact that they can serve first the domestic market,” Mr. Champagne said. He also said the company would be able to make 76 million shots for Canada within six months.

While the facility is being made with a focus on influenza pandemics, Vincent Hignot, a senior vice-president at Sanofi, said the new site will be able to complete critical manufacturing stages for other types of vaccines that target other diseases.

“The formulation, filling, inspection and packaging capacity are also very important and these steps are common for all vaccines. If you are talking about mRNA or whatever vaccines, it will be suitable as well,” Mr. Hignot said. Those are important parts of the manufacturing process that were lacking in Canada and worldwide during the COVID-19 pandemic, he said.

“With this project, Canada will have such capacities in the future,” Mr. Hignot said.

Sanofi’s Toronto manufacturing site already makes vaccines for diseases such as polio and tetanus. The company is also developing a COVID-19 vaccine, but poor results in their first Phase 1/2 clinical trial prompted them to launch a new trial.

Sanofi will also invest $79-million annually for eight years in research and development work in Canada, Mr. Champagne said. The company did not provide more details on that part of the announcement.

At a news conference in Toronto, several company and government representatives highlighted the need for Canada to be better prepared for any future pandemic as the country grapples with a third wave of the COVID-19 pandemic.

In Ontario, hospitals reported the highest number of COVID-19 patients in critical care since the start of the pandemic. Despite that, the province had still planned to loosen restrictions, but Premier Doug Ford said an announcement from his government was expected on Thursday.

The federal and provincial government have frequently been at loggerheads in the past few months, with Mr. Ford criticizing the federal government for a sluggish start to the vaccine rollout. On Tuesday, he said the province still didn’t have predictability in supplies or deliveries, which he argued was further challenging Ontario’s vaccination campaign.

Mr. Ford and federal ministers struck a friendly tone at the joint news conference, with the Premier saying he’s not “taking the bait” on a question about his government’s frustrations over federal vaccine procurement and critiques from federal Liberal MPs about the amount of doses the province has held back in storage for future vaccination appointments.

“Sure, we’ll have bumps in the road,” Mr. Ford said. “We’ll have a few differences – but what family doesn’t?” 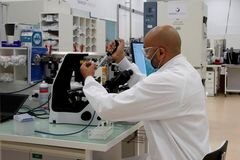 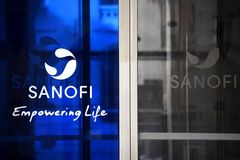 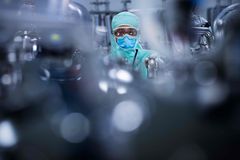