Telus Corp. plans to move entirely away from Huawei Technologies Co. Ltd. as a supplier of gear for superfast 5G mobile networks. It says instead that it will rely solely on telecom manufacturers from Western countries, as well as South Korea, because it expects Ottawa will eventually restrict the use of the Chinese company’s equipment in Canada.

Telus is the last of Canada’s three major telecoms to make a business decision to shelve Huawei as its supplier of next-generation mobile 5G technology.

Telus currently uses Huawei throughout its radio access network (RAN), the gear on cell towers and cell sites. Despite an announcement in June that the company had selected Ericsson and Nokia as suppliers for its 5G network, Huawei’s future role in Telus’s radio access network has remained an open question. The company later announced it is also going to use South Korea’s Samsung 5G.

For competitive reasons, company officials declined to publicly discuss the decision to move away from Huawei equipment in building out their 5G networks. In addition, the company says it is subject to a non-disclosure agreement with the Department of Innovation, Science and Economic Development, which allocates wireless spectrum and sets conditions for its use.

Ibrahim Gedeon, chief technology officer, told The Globe and Mail that Telus is upgrading its wireless equipment across the country to non-Huawei gear for 5G, including in the Ottawa area. The National Capital Region includes many high-security departments, such as the RCMP, the Bank of Canada, the National Research Council and security agencies.

“We are leveraging multiple vendors including Samsung, Ericsson, and Nokia to upgrade our networks to 5G, and the National Capital Region is a priority market for our national rollout strategy,” he said in a statement. “Further, we continue to follow guidance and meet all security requirements from the federal government and regulators.”

A senior Telus official said Canada’s telecoms expect that the federal cabinet will bar the Chinese telecom giant from the country’s 5G network and they are making corporate decisions to line up secure telecommunications equipment suppliers. The Globe is not identifying the official because they were not allowed to publicly discuss the Telus relationship with Huawei.

Telus feels it would be irresponsible to continue to invest in Huawei gear given the likelihood the company’s equipment will be barred from 5G networks.

The United States has been urging allies to freeze out Huawei from next-generation 5G wireless networks on the grounds that it believes the company aids Chinese state spying. Some allies have followed suit.

Last week, opposition MPs approved a motion in the House of Commons – over the objections of Prime Minister Justin Trudeau and most of the Liberal bench – to require the government to make a decision within 30 days on whether to exclude Huawei gear from telecommunications networks. It also called on the government to lay out a plan to combat China’s growing foreign interference in Canada.

Earlier this year, BCE Inc.’s Bell Canada announced it will buy gear from Swedish supplier Ericsson, and won’t use Huawei equipment for future 5G networks unless Ottawa permits it. Rogers Communications Inc. has also decided to use Ericsson’s 5G gear.

Telus said in February that it would launch its 5G service with Huawei gear. In the summer, it announced partnerships with Ericsson, Samsung and Nokia, but did not back away from the Chinese company.

However, the Telus official said the company has now decided to purposely move to Western suppliers to build out its 5G network and that Huawei 3G and 4G gear will be phased out throughout its network over the next few years. It does not expect Ottawa will order an immediate “rip and replace” policy.

Telus, BCE and Rogers are awaiting a decision from Ottawa on whether to ban Huawei. Ottawa has been conducting a cybersecurity review for more than two years. In mid-2019, the Liberal government said a decision on Huawei would be postponed until after the fall 2019 election.

No decision has yet been made but federal officials have indicated it could come before the New Year.

Canadian telecoms had been pushing Ottawa for federal compensation of up to $4-billion to switch away from Huawei, but they have now abandoned that strategy, the official said. Wireless providers know Ottawa won’t compensate them for a Huawei ban, the official said, given the billions of dollars now being devoted to combat COVID-19.

Telus has commenced 5G service in some cities using Huawei gear in their radio access network but going forward, the company official said, all new buildouts of the 5G network will be constructed with non-Huawei equipment. For instance, the expansion of 5G service in the B.C.’s Lower Mainland in cities such as Coquitlam, is happening without Huawei gear. The same goes for Ottawa, where Telus’s 5G service is expected to commence in early 2021.

5G mobile internet technology, which is not expected to be fully rolled out until 2021, promises to bring massively increased data speed. It would make it possible to download a feature-like movie in a matter of seconds and is expected to lead to driverless smart cars and smart homes.

U.S. national-security agencies, including three former directors of Canadian spy agencies, have said that Huawei can’t be trusted and that Canada should bar it from being allowed to supply infrastructure for this country’s 5G network

The Telus official said Huawei is “holding on to every last thread of hope” that the Chinese telecom will be allowed to remain part of Canada’s 5G network and noted how many Huawei executives participated in the Canadian Telecom Summit last week.

Canada’s allies in the Five Eyes intelligence-sharing alliance – the U.S. Australia, Britain and New Zealand – have taken action to either ban or restrict Huawei 5G technology.

Other countries building 5G networks without Huawei include Japan and Taiwan. India is reportedly phasing out Huawei gear as well amid a border dispute with China. 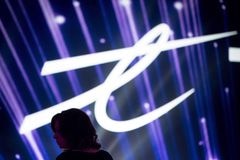