Ms. Philpott, who was widely regarded as one of the most competent Liberal ministers, said she has lost confidence in how the Trudeau government has handled the matter.

“I have been considering the events that have shaken the federal government in recent weeks and after serious reflection, I have concluded that I must resign as a member of cabinet,” Ms. Philpott said in a letter to the Prime Minister.

She leaves only days after Mr. Trudeau shuffled his cabinet to compensate for the February resignation of Ms. Wilson-Raybould.

Ms. Philpott, like Ms. Wilson-Raybould, said she felt obliged to stand up for principles such as the rule of law and the integrity of the justice system even if it hurt her politically.

“There can be a cost to acting on one’s principles, but there is a bigger cost to abandoning them,” Ms. Philpott said on Twitter.

In a speech to Liberals in Toronto on Monday evening, the Prime Minister said he knew of Ms. Philpott’s concerns and that her resignation is part of the debate that happens in a democracy.

“I know Ms. Philpott has felt this way for some time, and while I am disappointed, I understand her decision to step down,” he said. “In a democracy like ours, in a space where we value our diversity so strongly, we are allowed to have disagreements and debate. We even encourage it."

Mr. Trudeau acknowledged the SNC-Lavalin affair has generated important discussions and “concerns of this nature must be taken very seriously and I can assure you I am.”

The political crisis began after The Globe and Mail reported on Feb. 7 that officials in the Prime Minister’s Office put pressure on Ms. Wilson-Raybould to reach a negotiated settlement with SNC-Lavalin on criminal charges the company faces over its business dealings in Libya.

Mr. Butts is scheduled to appear before the House of Commons Justice committee on Wednesday, when he is expected to counter testimony from Ms. Wilson-Raybould.

Ms. Philpott’s departure will make it harder for Mr. Butts to isolate Ms. Wilson-Raybould’s testimony as one person’s opinion.

Ms. Wilson-Raybould, Canada’s first Indigenous justice minister and attorney-general, told the Justice committee last week that she faced “consistent and sustained” political pressure from Mr. Trudeau and top officials, including veiled threats on the need to shelve the criminal prosecution of the Montreal construction and engineering giant.

“It is a fundamental doctrine of the rule of law that our attorney-general should be not subjected to political pressure or interference regarding the exercise of her prosecutorial discretion in criminal cases,” Ms. Philpott wrote in her resignation letter. “Sadly, I have lost confidence in how the government has dealt with this matter and in how it has responded to the issues raised.”

Earlier, a senior government official, who was not authorized to speak publicly about the resignation, told The Globe Ms. Philpott did not give the Prime Minister’s Office a clear warning she was thinking of leaving.

To the incomparable @janephilpott, truly the #MOC...For almost 4 years our country has witnessed your constant & unassailable commitment to always doing what is right & best for Cdns. You are a leader of vision & strength & I look forward to continuing to work alongside you. ❤️U. pic.twitter.com/bwL6ouQjSA

Although Ms. Philpott had privately noted her concerns, the official said, she had not prepared them for her departure.

The official said the government does not believe other Liberal ministers are thinking of leaving cabinet over the dispute.

Ms. Philpott, a friend of Ms. Wilson-Raybould, said she could not fulfill her cabinet duties and defend the government’s actions in keeping with the convention of cabinet solidarity. “Given this convention and the current circumstances, it is untenable for me to continue to serve as a cabinet minister" in Ottawa.

“Unfortunately, the evidence of efforts by politicians and/or officials to pressure the former attorney-general to intervene in the criminal case involving SNC-Lavalin, and the evidence as to the content of those efforts have raised serious concerns for me,” she said.

The resignation of two ministers in quick succession is rare in Canadian politics.

Ms. Wilson-Raybould lauded her former cabinet colleague on Twitter shortly after Ms. Philpott’s resignation. “To the incomparable Jane Philpott. ... For almost four years our country has witnessed your constant [and] unassailable commitment to always doing what is right [and] best for Canadians,” Ms. Wilson-Raybould said.” You are a leader of vision & strength & I look forward to continuing to work alongside you.”

“Today, a senior member of his inner circle has come to the same conclusion,” he said. “Jane Philpott’s resignation from cabinet clearly demonstrates a government in total chaos, led by a disgraced Prime Minister and consumed by scandal and focused only on his political survival.”

Mr. Scheer called on other cabinet ministers to resign, and urged the Prime Minister to recall Parliament from a two-week break to deal with “this corruption scandal.”

“If Liberal ministers stay silent, Canadians will have no choice but to conclude that the ethical rot that infects this government has consumed it entirely," the Conservative Leader said.

NDP MP Charlie Angus said the resignation of Ms. Philpott is a watershed moment for the Liberal government.

Liberal MPs had plenty to say too.

Liberal MP Celina Caesar-Chavannes, replying to Ms. Philpott’s resignation notice on Twitter, wrote that when a government adds women to its cabinet, “Please do not expect the status quo. Expect us to make the correct decisions, stand up for what is right and [to] exit when values are compromised.”

Liberal MP Wayne Long on Monday renewed his call for the government to hold a “full and transparent” investigation of the SNC-Lavalin affair.

“I am deeply troubled by the fact that Ms. Philpott felt the need to resign as a result of our government’s handling of this matter,” he said.

It grieves me to resign from a portfolio where I was at work to deliver an important mandate. I must abide by my core values, my ethical responsibilities, constitutional obligations. There can be a cost to acting on one’s principles, but there is a bigger cost to abandoning them. pic.twitter.com/EwO5dtdgG6

Liberal MP John McKay said he is very sad to see Ms. Philpott resign from cabinet, calling her one of Mr. Trudeau’s “most competent ministers.”

The Liberal MP said after returning home to Toronto during the Commons break, he found people eager to discuss the Wilson-Raybould affair.

“Pretty well everybody at church, at the hockey game, at the exercise club ... all came up to me and talked politics. Everybody is talking about it. It’s more significant than I thought it was when I was in the Ottawa bubble.”

SNC-Lavalin faces one charge of corruption under the Corruption of Foreign Public Officials Act and one charge of fraud under the Criminal Code. It is alleged SNC paid millions of dollars in bribes to public officials in Libya between 2001 and 2011 to secure government contracts.

The engineering company says executives who were responsible for the wrongdoing have left the company, and it has reformed ethics and compliance rules.

If convicted, SNC-Lavalin could be banned from bidding on federal contracts for up to 10 years.

At a morning event in Charlottetown, Mr. Trudeau was asked about Justice Minister David Lametti’s comments in a Sunday Global TV interview that he had not ruled out a settlement.

He said that decision would be made by Mr. Lametti, a Montreal MP.

“This matter is to be determined by the Attorney-General. That is what I said to the former attorney-general, and that’s something the current Attorney-General knows full well.”

Ms. Philpott, a medical doctor, said constituents in her Ontario riding of Markham-Stouffville, as well as other Canadians, have expressed concern to her about the government’s handling of the matter.

“It grieves me to leave a portfolio where I was at work to deliver on an important mandate. But I must abide by my core values, my ethical responsibilities and constitutional obligations.”

In televised testimony last week before the House of Commons justice committee spanning 3½ hours, Ms. Wilson-Raybould outlined detailed conversations at the highest levels of the Trudeau government about helping the Quebec engineering and construction giant out of its legal difficulties.

She recounted 10 meetings and 10 phone calls involving 11 government officials between September and December 2018 that were aimed at getting her to order the director of Public Prosecutions to settle charges of corruption and fraud against SNC-Lavalin without trial.

Ms. Wilson-Raybould told MPs Mr. Trudeau raised the economic consequences of an SNC-Lavalin conviction and expressed concern that the prosecution could hurt the provincial Liberal party in Quebec’s election last October. Another of Mr. Trudeau’s advisers, Mathieu Bouchard, expressed concern in late October that the federal Liberals could be hurt electorally if SNC-Lavalin moved its headquarter from Montreal to Britain.

In her testimony, she recounted notes of a meeting between her chief of staff, Jessica Prince, and Mr. Butts and the prime minister’s chief of staff Katie Telford on Dec. 18. At this meeting according to Ms. Wilson-Raybould, Mr. Butts said: “Jess, there is no solution here that doesn’t involve some interference” and Ms. Telford was quoted as saying: “We don’t want to debate legalities anymore.”

With reports from Daniel Leblanc, Bill Curry and Molly Hayes

Opinion
The loss of Philpott has turned the SNC-Lavalin controversy into a crisis
Subscriber content
March 4, 2019 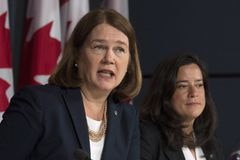 The Globe canvassed all Liberal MPs on SNC, here are their responses
Subscriber content
March 4, 2019 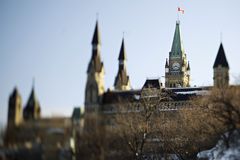 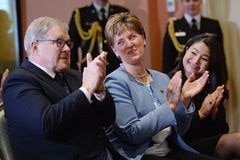