Campbell Clark
Published May 25, 2020 Updated May 26, 2020
For Subscribers
Comments
Text Size
Please log in to listen to this story. Also available in French and Mandarin. Log In Create Free Account

When Justin Trudeau got the question about why his Liberal Party had applied for the publicly funded wage subsidy set up by his government, the evasive answer made it clear he didn’t think it would pass the public’s smell test.

In fact, calling his reply an answer does a disservice to the English language, in that he didn’t say anything about the Liberals using the wage subsidy, providing instead his reasons why wage subsidies have been a good thing in general.

There was more dodging. The government didn’t just roll out a wage subsidy to companies hit by lost revenues, it extended the program to non-profit organizations with rules that made political parties eligible. So a reporter asked Mr. Trudeau whether he knew the Liberal Party would apply for the subsidy when his government made the rules.

To that query, the Prime Minister gave what could be described as a 10-foot-pole answer, in that it wasn’t going anywhere near the question.

It’s not just the Liberals. The Conservatives didn’t answer questions about how much money they are asking for, and for how many employees, instead complaining of a drop in donations without a providing a number for the size of the taxpayers’ bill.

Both of the front-running Tory leadership candidates, Peter MacKay and Erin O’Toole, said they were against using the subsidy, but party spokesperson Cory Hann declined to say just who in the party thought this was a good idea.

Was it the Conservative Fund, the body that controls Tory purse strings, whose members were shocked and appalled to learn last December that Tory Leader Andrew Scheer spent $18,000 in donors’ money to send his children to private school? Or was it Mr. Scheer himself, whose speech in the Commons on Monday included an admonition that “a dollar left in the hands of the hard-working taxpayer is always better spent than in the hands of a politician who taxed it?” No answer.

If anything should make us question what the parties are doing, it’s their unwillingness to frankly justify it.

It is not without merit to argue that political parties are doing what other employers are doing, and that keeping people on payrolls right now is a public good. For the most part, Canadians have signed on to that idea.

But it was always inevitable with a big wage-subsidy program that some sketchy applicant was going to come along and make us feel vaguely uncomfortable about it. Who knew it was going to be the organizations led by Mr. Trudeau, Mr. Scheer and NDP Leader Jagmeet Singh?

Truth be told, Canadians were less happy about emergency supports when Ottawa decided to offer last-ditch loans to big corporations. The feds knew there would be public distaste, so they set conditions on how the money could be spent, including limits on executive pay, and required a detailed look through each applicant’s books.

So when political parties ask for money, let’s demand the same.

Yves-François Blanchet, the Leader of the Bloc Québécois – the only party in the federal Parliament that didn’t apply for the subsidy – makes a good point. Perhaps the NDP and the Greens need the money to keep staff. But he accused the well-financed Liberals and Conservatives of taking advantage of crisis benefits to fund partisan politicking.

Federal parties haven’t yet submitted public statements of revenues and expenses for 2019, but the NDP’s 2018 report didn’t look too rosy, and the party racked up a campaign debt in 2019. The NDP’s national director, Anne McGrath, said it has cut back, but without the wage subsidy, it would “almost certainly” have had to lay off staff.

The Liberal and Conservatives financial disclosures suggest they are better off. The Conservatives raised nearly $31-million last year; the Liberals $21-million. Their 2018 reports showed each had millions in cash.

If the Liberals need to cut, they might slash the $3.1-million they spent on advertising, polling, professional services and travel in 2018. That would have covered more than half their payroll. If the Conservatives’ donor-machine isn’t working, they shouldn’t have to squander the $8.5-million they spent on fundraising in 2018.

Political expense reports aren’t very detailed, though. Perhaps the public could come up with other places to cut, once we get a good look. No one wants to see layoffs. But so far, the questions have garnered sketchy answers. And something doesn’t smell right. 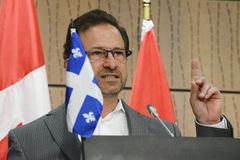 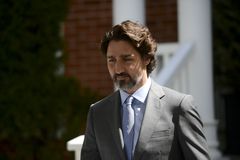