Prime Minister Justin Trudeau says Canada and other Western democracies are growing increasingly concerned about China’s conduct, as a delegation of Canadian parliamentarians visits the country to push for the release of two Canadians accused by Beijing of violating national security.

“China is playing stronger, making stronger moves than it has before to try and get its own way on the world stage and Western countries and democracies around the world are pulling together to point out that this is not something that we need to continue to allow,” Mr. Trudeau told reporters.

Mr. Trudeau’s comments come as a group of Canadian MPs and senators is in China this week calling for the release of Mr. Kovrig and Mr. Spavor, who were formally arrested by China last week after being detained for more than five months without charges.

Foreign Affairs Minister Chrystia Freeland told CBC’s Metro Morning on Tuesday that her parliamentary secretary, Rob Oliphant, and the delegation are bringing up the plight of the Canadian detainees while in China.

“Rob [Oliphant] has been raising the case of the detained Canadians, and that is really important for the Chinese to be hearing directly from us,” Ms. Freeland told the radio program. “I think that it’s very clear that this is a very difficult moment in the relationship between Canada and China.”

Canada was drawn into the dispute between China and the United States when it arrested Huawei Technologies Co. Ltd. executive Meng Wanzhou in Vancouver on an extradition request from the Americans in December. Ms. Meng faces allegations of fraud relating to the U.S. sanctions against Iran. In apparent retaliation, China detained Mr. Kovrig and Mr. Spavor days after Ms. Meng’s arrest and blocked billions of dollars of Canadian canola and other farm imports.

More than five months later, Canada remains stuck in between the U.S. and China, as the trade tensions between world’s two largest economies continue to escalate.

Last week, President Donald Trump signed an executive order giving his government the power to ban U.S. companies from doing business with foreign telecommunications suppliers that are alleged to pose a security threat – a measure aimed at China’s Huawei. Ottawa is under pressure to follow suit, but has indicated that it won’t be rushed into making a decision on whether to ban Huawei from the next generation of wireless networks in Canada.

Meanwhile, Ottawa is also feeling pressure from China, which is demanding the release of Ms. Meng, the daughter of Huawei’s founder, and refusing high-level meetings to discuss the cases of Mr. Kovrig and Mr. Spavor.

They are in China as a part of their work with the Canada-China Legislative Association, which is funded by Parliament to promote relations between the two countries. It’s not clear who they are meeting with; none of the parliamentarians on the trip responded to The Globe and Mail’s request for comment.

Guy Saint-Jacques, a former Canadian ambassador to China, said he doesn’t have high expectations for the delegation’s visit.

“I think it’s good that we use these voices to express our displeasure or frustration or grievances, but I am not even sure that it will make it all the way up to [Chinese President] Xi Jinping because ... Xi Jinping is so powerful that nobody dares to criticize him or to bring in bad news,” Mr. Saint-Jacques said in an interview.

David Mulroney, another former Canadian ambassador to China, said he worries the delegation will raise the cases of the detained men “in the context of a happy-talk dialogue” that doesn’t address the serious nature of the matter.

“Instead of speaking frankly about extralegal detention and mistreatment that may constitute torture, we’re more likely to brush off what’s happened as an unfortunate mistake that we all need to put behind us," he said.

Ms. Freeland said she has repeatedly requested meetings with her counterpart, Chinese Foreign Minister Wang Yi, to discuss Mr. Kovrig and Mr. Spavor’s cases, but has not heard back.

“We’re not the first country to find itself in this situation with China, and the Chinese practice seems to be to avoid, in the early stages of these kinds of standoffs, to avoid higher-level meetings,” Ms. Freeland said.

The minister said Canada has talked to like-minded countries to raise the plight of Mr. Kovrig and Mr. Spavor with China. She said the Americans, at the request of Mr. Trudeau, recently raised the high-profile cases directly with the Chinese – something Canadian officials told Mr. Kovrig and Mr. Spavor during recent consular visits with them. Ms. Freeland said officials from the European Union and Australia as well as the NATO Secretary-General have also raised their cases with China.

Mr. Saint-Jacques said Canada’s effort to rally international support is useful, as the calls from other democracies to free the Canadian men appear to have caught China off guard. He said he thinks Canada’s reaching out to allies is part of a larger effort to maintain the rules-based international order.

“Canada is working with other countries to try to reinvigorate the multilateral system so that countries can function in an environment where the rules apply to everyone and are predictable. Otherwise, we would end up in a system where China and the United States would dictate the shots and everyone would lose," Mr. Saint-Jacques said. 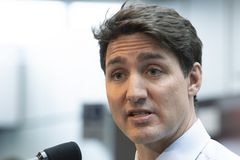 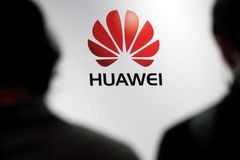 China is changing the geopolitical climate. Canada has to mitigate, and adapt
May 19, 2019