On climate change, Justin Trudeau and Andrew Scheer are Tweedledum and Tweedledee, as the late NDP leader David Lewis loved to say.

Although the Liberal and Conservative leaders take different approaches to fighting global warming, both are now publicly committed to meeting – or at least trying to meet – the greenhouse-gas-reduction targets that Canada committed to in Paris in 2015. Both are also committed to building oil pipelines.

Mr. Trudeau’s approach includes imposing a carbon tax on provinces that refuse to put a price on carbon. Mr. Scheer would focus on forcing heavy emitters to invest in technology to reduce emissions.

Each side is already attacking the other’s plan viciously for being unfair and unworkable. But most people looking in from the outside would see little difference. If this is the state of political polarization in Canada, we should offer a prayer of thanks.

Our country typically makes progress on matters of great importance when the political party opposed to reform changes its mind. In the 1950s, prime minister John Diefenbaker – whose Progressive Conservative Party base was rural, Protestant and anglophile – ordered an end to racial discrimination in the selection of immigrants. Brian Mulroney reversed a century of Tory opposition toward free trade by negotiating the Canada-U.S. free-trade agreement.

The Liberals under Pierre Trudeau ignored deficits, while the Conservatives howled. But it was Liberal prime minister Jean Chrétien who balanced the books.

The Conservatives won the 2006 election, and the policy known today as the Canada Child Benefit was born, one that Mr. Trudeau adopted and enhanced when the Liberals returned to power. But notice: a policy once considered too ambitious and expensive and even inappropriate for the federal government was finally implemented by Conservatives.

On climate change, the Chrétien government committed Canada to major reductions in carbon emissions as part of the 1997 Kyoto accord on global warming.

But neither the Chrétien Liberals, the Martin Liberals nor the Harper Conservatives made any real progress toward meeting the Kyoto commitment.

The Harper Conservatives did agree to more modest targets, but the government seemed uninterested in meeting those targets.

When Mr. Trudeau became Prime Minister, he took meaningful action to reduce emissions, though the Parliamentary Budget Officer says they are insufficient on their own to meet the Paris goals. Now Mr. Scheer has a concrete, if probably insufficient, plan as well.

Each side is attacking the other’s approach. In Mr. Scheer’s speech on Wednesday, he called the Liberal carbon tax: “another Liberal tax grab … a betrayal of trust.”

The Liberals castigated the Conservative plan as one that would “cost Canadians more while doing less to protect our environment and the future for our kids,” as Environment Minister Catherine McKenna said in a statement.

Tweedledum is never more savage than when going after Tweedledee.

There have been real divisions between federal parties. John Turner’s Liberals opposed free trade in the 1988 election. Stephen Harper reduced the size of the federal government, which Paul Martin would not have done had he remained in power.

And there are also real alternatives to the status quo. Canadians who do believe that climate change is the defining issue of our time, that neither the Liberals nor the Conservatives are seriously committed to reducing emissions, and that claiming to care about the environment while promoting pipelines is obscene can vote for the NDP or Green parties.

But those parties will not form the government. The Liberals and Conservatives know the grim truth: Most voters don’t care enough about global warming to accept a major inconvenience, let alone real sacrifice, to combat it.

In any case, as with childcare support or fighting deficits or embracing free trade or open immigration, on the question of global warming the two national parties are now close enough as makes no nevermind, as they used to say.

For better or worse, in Ottawa things often end up that way. 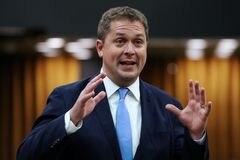 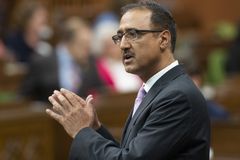