Our political and social discourse may be less angry and divisive than elsewhere, and we may think we aren’t important enough to be a target of disinformation, but let’s not kid ourselves. We are part of a worldwide trend of division and distrust and not immune from lying and manipulation.

I learned more about this earlier this month at a conference of the Organization of News Ombudsmen, an international group including public editors and ombudsmen from the Americas, Europe, Africa, Asia and Australia. The conference titled “Journalism in a polarized world” showed how similar are the issues facing broadcast, print and digital journalism around the world.

The advice on reporting on divisive issues, such as Brexit and Trump, applies to all reporting: Be skeptical and verify everything, pay more attention to content than the insider stuff, keep reporting and asking more questions, fact-check and include that in the articles, don’t just report what people tell you, believing it to be the truth. Lying, fake videos and wild rumours can spread fast.

A recent fake video of U.S. Speaker Nancy Pelosi deliberately slowed her speaking to make it seem as if she were slurring her words, and that was far from the most sophisticated attempt at disinformation. A story this month in The Washington Post by Drew Harwell quoted top artificial-intelligence researchers warning that new software has made it very easy for someone to put words in someone’s mouth, literally.

The article warned of “deepfake” videos being seen in Gabon and Malaysia, and it referenced concerns that “deepfakes could lead to people denying legitimate videos – a phenomenon the law professors Robert Chesney and Danielle Citron call ‘the liar’s dividend.’”

This month, the Pew Research Center in the United States released a study that found most U.S. adults say fake or altered videos and images create a great deal of confusion about the basic facts.

The study found that: “U.S. adults blame political leaders and activists far more than journalists for the creation of made-up news intended to mislead the public. But they believe it is primarily the responsibility of journalists to fix the problem. And they think the issue will get worse in the foreseeable future.”

This study is about all news, not just videos and photos, but one statistic underscored the issue of division and different points of view. The study found that: “One of the starkest differences, though, is in assigning blame for creating made-up news and information. Republicans are nearly three times as likely as Democrats to say journalists create a lot of it (58 per cent vs. 20 per cent).”

So while I doubt we are at this level of distrust and division in Canada, the warning signs are there that journalists must constantly be on guard to investigate the truth and to verify everything.

Just as reporting standards apply to words, they apply to photos and videos. The Globe and Mail has long had a strict protocol of verifying visual journalism before it is published. Matt Frehner, The Globe’s head of visual journalism, said any social-media image or video is met with “100-per-cent skepticism until it can be verified either through contacting the user who posted or some other means.”

The exception to this is if something comes from a verified social-media account of someone newsworthy.

The Globe also uses verification tools such as Tin Eye and Google Image Search to confirm the origin of images or to see if they have been used online before. Mr. Frehner said this helps identify fakes or deliberate misrepresentations.

In The Globe’s recent investigation into Canada’s far right, journalists went through thousands of images to find clues about anonymous chat-room users. Mr. Frehner gave an example of studying whether an uploaded image of a gun or weapon was photographed by the chat-room user or just taken off the internet.

Manipulated videos and photos are just part of the challenge to verifying and it applies to words and ideas, too. Consider the man with the world’s largest megaphone who tries to deflect from his barrage of untruths by charging that the media are enemies of the state and not to be believed.

Of course, the media are not perfect. Mistakes are made and corrected when known, editors must watch for bias and balance, and there isn’t enough diversity of opinion and voices.

But news reporting is based on finding out what really happened and the best way to be heard in our divided culture is through facts, factual photos, fact-checking in every single article, photo and video and balanced reporting.

Let me know of your concerns over the coming months at publiceditor@globeandmail.com 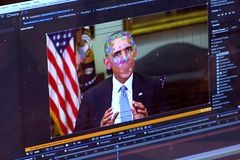 Opinion
Have 90 per cent of Canadians really fallen for fake news? A closer look at why even news about fake news is fake
June 13, 2019 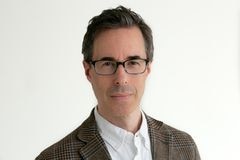