A tiny Toronto house that caused a storm in the Twitterverse for its large asking price has found a buyer.

The diminutive property sold firm for $165,000, says real estate agent Paul Vallis of Real Estate Homeward. The buyer struck a deal for 28 per cent off the asking price of $229,000 after three weeks on the market for the 210-square-foot house some locals knew as "the shack."

"My client is pretty happy," says Mr. Vallis of the seller.

The converted garage measures 210 square feet on a 14-by-20-foot lot. It has a sitting room and a wee bedroom but no bathroom or kitchen.

Mr. Vallis says the purchaser is a real estate investor who will likely rebuild.

"It's an investor who is looking for small, unique properties like this," he says.

Real estate mavens on Twitter are shocked that house prices in Toronto have become so steep and many pointed to this property as an example.

John Andrew is another market watcher who is shocked.

Prof. Andrew is director of the executive seminars on corporate and investment real estate at Queen's University and he finds it perplexing that prices for houses and condos in Toronto are still so lofty. He figures that people who were waiting for prices to fall eventually gave up and decided to buy – especially when they saw that long-term mortgage rates are creeping up.

"People who go online after Labour Day are seeing that mortgage rates have gone up since the last time they looked," Prof. Andrew said. "And they were already kicking themselves," because they didn't buy sooner, he adds.

Prof. Andrew was one of those forecasting a fall in prices that didn't materialize. He knows young first-time buyers who eventually got tired of waiting and gave up their search.

"A lot of people were waiting for prices to come down," Prof. Andrew said. "They're not coming down and it almost seems like they're never coming down."

Long-term rates have risen almost a full percentage point if you go back about seven months, Prof. Andrew points out. The news has been reported but the gradual increase escaped the notice of a lot of buyers until now, he adds.

"I think this surge right now really is all about mortgage rates."

Ricky Chadha, an agent with Royal LePage Estate Realty in Toronto, says that he has a few buyers on the go right now who fit that profile. The first-time purchasers are discovering that their target neighbourhood or condo building is no longer in their price range.

"Now what they could have afforded a few months ago is no longer affordable and they have to go for something slightly less."

Housing markets across the country sprang to life in August – though the comparisons are to a particularly moribund August last year when the federal government's tighter rules on mortgage insurance had recently come into effect.

The Toronto Real Estate Board recently reported sales in the Greater Toronto Area for August, 2013 jumped 21 per cent compared with August, 2012.

Property sales in Vancouver jumped a whopping 52.5 per cent from a year earlier, Calgary tallied a 27.5 per cent increase and Victoria, 20.7 per cent.

David Madani of Capital Economics is still pessimistic: He sees signs that a "day of reckoning" is around the corner.

The improvement in existing home sales and housing starts since the start of 2013 has some industry watchers "gloating" that the market has achieved a soft landing – or maybe even no landing – Mr. Madani says in a research note, but he points out that numbers are open to interpretation.

Mr. Madani also believes these avid buyers are simply trying to make a purchase before the clock runs out on their pre-approved mortgage. Long-term mortgage rates have been creeping up and Mr. Madani thinks the rush to buy may simply be pulling sales forward from next year.

Prof. Andrew has looked back over 25 years of data and says that an increase in mortgage rates after a relatively stable period often leads to a flurry of sales. But that spurt is usually followed by a decline that is about twice as steep as the climb, he says.

The professor is looking out to November, 2013 and warning that the traditional winter dreariness could be even grimmer than usual this year. 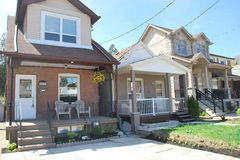 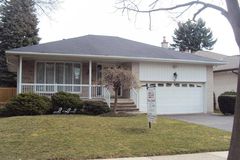