A real-estate analysis firm is making the case that investors buy into Ottawa’s purpose-built rental market on the thesis that the city’s recent surges in rent prices still have a ways to go.

The Marcus & Millichap Inc. analysis may be welcome news for large-scale investors, but it may sound a sour note for would-be renters.

The report by research analyst Michael Murphy says a strong job market in a growing city is outstripping the supply of newly constructed homes. it calculates that the average single-family home price hit $461,700 in June, uup 7.8 per cent from the year before. That makes monthly mortgage payments about $500 more expensive than monthly rent.

The CMHC’s 2018 report on Ottawa-Gatineau’s rental market found the average rent had been increasing at a faster rate than at any time since 2001, and that vacancy rates fell in six of the metropolitan region’s 15 submarkets compared to 2017.

Matt Danison, chief executive officer of Rentals.ca, says part of the reason Ottawa’s rental market is under pressure is the rapid escalation of home prices in the city. “Ottawa has the fastest growing real-estate market in Canada right now. Millennials that could be buying are staying in the rental market longer.”

"Also affecting the rental market are the high numbers of immigrants coming to Ottawa," he said. "And the stress test continues to make it difficult for first-time home buyers."

“A lot of the new supply being built in Ottawa is categorized as luxury apartments with high rental prices, which does not help the affordability issue,” he said

The Marcus & Millichap report notes that the average price per rental unit in multifamily buildings is up 7 per cent in the last four quarters to $210,000, with average prices as low as $125,000 per unit in Gloucester and as high as $240,000 in central Ottawa. In part, the prices have been pumped up by unmet demand, with the number of transactions falling 20 per cent in the last 12 months compared to the same period a year earlier.

A report from Rentals.ca, based on more recent but less extensive data than the CMHC’s surveys, prepared by Bullpen Research & Consulting Inc. president Ben Myers, showed a surge since April, when average prices went from $2,003 per month to $2,136 per month in July. According to its data, Ottawa now has the priciest rents of any city outside the Vancouver or Toronto metropolitan areas at just under $2.50 per square foot, with an average apartment size of about 925 square feet. By contrast, Gatineau, its neighbour across the river in Quebec, sees bargain rents at $1.16 per square foot, with an average unit size of 963 square feet.

The question is who can afford to live in a city with rents going up like that? A recent report from the Canadian Centre for Policy Alternatives found the hourly wage needed to afford average rents (for a two-bedroom apartment) in Canada was $22.40 an hour. Rentals.ca calculates that in Ottawa, you’d need an hourly wage closer to $26. According to the latest labour market data from Statscan, the average wage in Ottawa is above $27.

One challenge for renters is that the new supply coming into the market is typically the least affordable option, and for investors, the data on vacancy rates by age of construction and price point also shows that the most recently built and most expensive apartments see the weakest demand.

The average rent on two-bedroom units built after 2005 was 26 per cent higher then the same kind of units from decades earlier. These pricier purpose-built units had a vacancy rate of 3 per cent, double the metro-wide rate of 1.6 per cent.

Condos have also become an important source of rental supply in Ottawa. CMHC figures show about a third of the existing condo apartments (10,250 out of 34,867 units in 2018) are rented, but the overall vacancy is about 3.4 per cent, in part because condos are priced at a similar premium to luxury purpose-built supply.

Millichap estimates that in the last year, about 1,000 purpose-built rentals were added to the market (that’s up 120 units from the previous year) and another 2,400 were underway. That’s an improvement, but still small relative to the the 62,538 existing units the CMHC defines as the region’s rental “universe.” 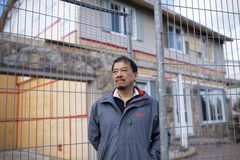 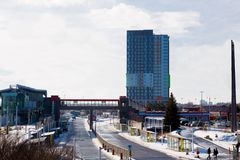 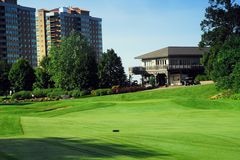