The action: The selling of this raised bungalow was a slow, but steady affair, a typical pace for small-town properties. The house on a 60-foot wide lot about a 30-minute drive from Calgary International Airport averaged two visitors a month from the time it hit the market in October to its eventual sale late this February.

“It’s been a quiet market in Calgary and surrounding areas, so it’s very normal to have so few showings” agent Bryon Howard said.

What they got: Built in 1995, this 1,200-square-foot house has an attached double garage facing the street and a private deck and yard around the back.

The interior is arranged with an eat-in kitchen and adjacent living room with vaulted ceilings and hardwood floors, as well as three bedrooms, including a master retreat with a walk-in closet and one of three bathrooms.

Directly below is a 1,223-square-foot basement with recreation and guest rooms.

The agent’s take: “It’s in a rural area with farms nearby, along the Calgary/Edmonton corridor, so there was a lot of interest from people who live there and work in Calgary or Red Deer,” Mr. Howard said.

“It’s on a nice quiet street and a big lot.” 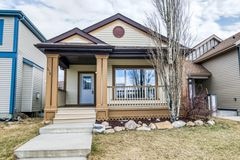 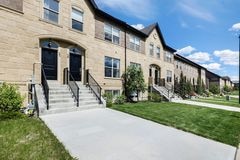 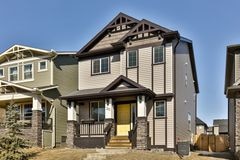 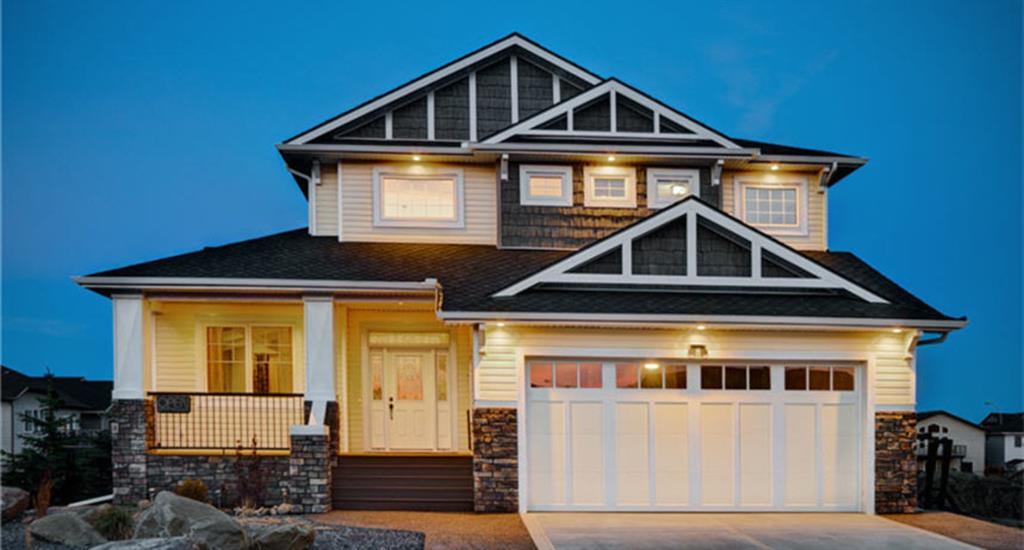 599000.00
8 HAVENFIELD Drive, Carstairs, Alberta
RE/MAX ACA REALTY
Bedrooms
3
Bathrooms
4
Building Type
Freehold
Property Type
Single Family
Prepare to be WOWED! This house was originally built by an award-winning builder to be used as their show home and office. No expense was spared. It features all of the high quality and extensive building options of the day. It is now ready to be transformed into your luxurious home. Start with the great curb appeal. A beautiful home located on a professionally landscaped corner lot. A welcoming front porch leads you into the large, bright entry way that showcases a magnificent staircase with its own waterfall feature. A beautiful coffered ceiling sets the stage for the left side of the main floor. Imagine a stylish conversation area in front of the gorgeous fireplace and entertaining in the adjacent dining room. Walk through a French door into a chefs dream. The spacious kitchen features a large island, high end SS appliances, tons of cabinetry and counter space and a wine fridge. This part of the home is the gathering area for preparing meals, sitting up to the island or sitting in the eating area or relaxing in the living/family room area. This open-concept area is perfect for social activities and gatherings. Walk up the stairs to the large landing area. The open bonus area would make a lovely library or office while the end of the walk way could become a cozy reading nook. Both overlooking the beautiful main floor. There is a bedroom for children or guests. The bonus area could easily be made into a 3rd bedroom if buyer requires it. The master retreat features a large walk-in closet and en-suite with large soaker tub and shower. The lower level is full of possibilities. It has a gorgeous built-in bar complete with microwave, sink and bar fridge. The entertainment area has cabinets that can easily be rearranged for large screen tv and a space for a table and chairs. The flex room could be an office, an exercise room/yoga studio or additional bedroom. A full bathroom and storage complete the lower level. This level could be used for the fami ly, for a business, office space or a family member who needs their own space. The outside is as amazing as the inside. In addition to the attached, completely finished, heated, double car garage, there are two covered decks. The upper deck has gas hookup for barbeque and a seating area overlooking the large yard and pond area and pathway. The lower section has a built-in storage shed and a covered patio. The bells and whistles of this home include granite counters, custom staircase, tri-pane argon windows, in-floor heating on all levels (zoned) including garage, hot and warm running water in garage, automated lighting system, ceiling speakers, alarm and fire-sprinkler system, air conditioning, built-in vacuum, high-efficiency furnace, advance water heating system: IBC boiler and mass-storage tank. Huge value at this price. See supplements for floor plans. (id:31729)
Listing ID A1022075
Salesperson Don Sackett
Brokerage RE/MAX ACA REALTY
View on realtor.ca
Open this photo in gallery: 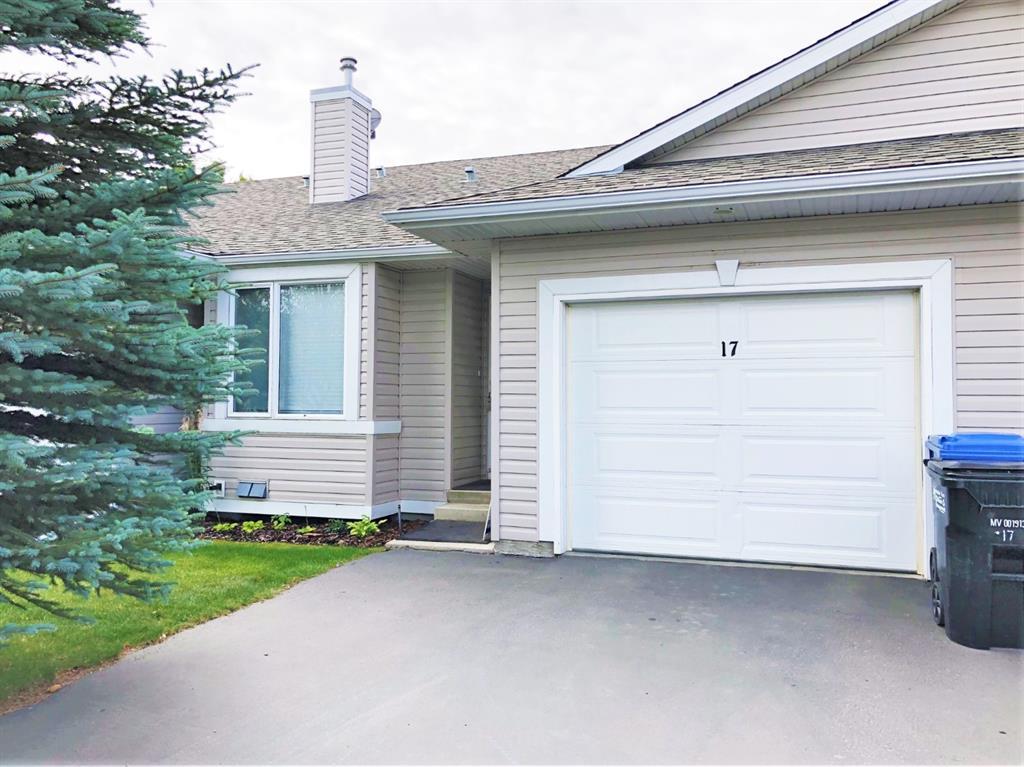 245000.00
17, 16 Champion Road, Carstairs, Alberta
RE/MAX ACA REALTY
Bedrooms
3
Bathrooms
3
Building Type
Condo/Strata
Property Type
Single Family
Condominium living... an appealing housing option which is often affordable & BONUS: someone else handles much of the maintenance and repairs, such as shoveling snow and replacing the roof or windows. This Condo Corporation is self managed, keeping fees nice and low. Currently only $170/mo. This unit has been fabulously maintained. The main floor features open concept living area, laundry in the powder room, a full bathroom, Master bedroom plus second bedroom or den. The basement is fully finished with a large bedroom or flex room, family room, 3 piece bath and a huge storage/workshop area. The back deck is accessed through patio doors off the main floor living room and features gas for a bbq or heater and stairs down to the lawn. The single attached garage has room for a vehicle plus some storage and features a hose-bib for any cleanup plus a removable wheelchair ramp. This quiet complex is not age restricted but the style lends itself very nicely to retirees and snowbirds. Just a quick walk to Tim Hortons, longer walk uptown or along the many pathways or hit the road with quick access to Hwy 581, 2A and #2. This condo unit is sure to check off many of your "I want" boxes. Come and check it out. (id:31729)
Listing ID A1028926
Salesperson Darrah Del Selanders
Brokerage RE/MAX ACA REALTY
View on realtor.ca
Open this photo in gallery: 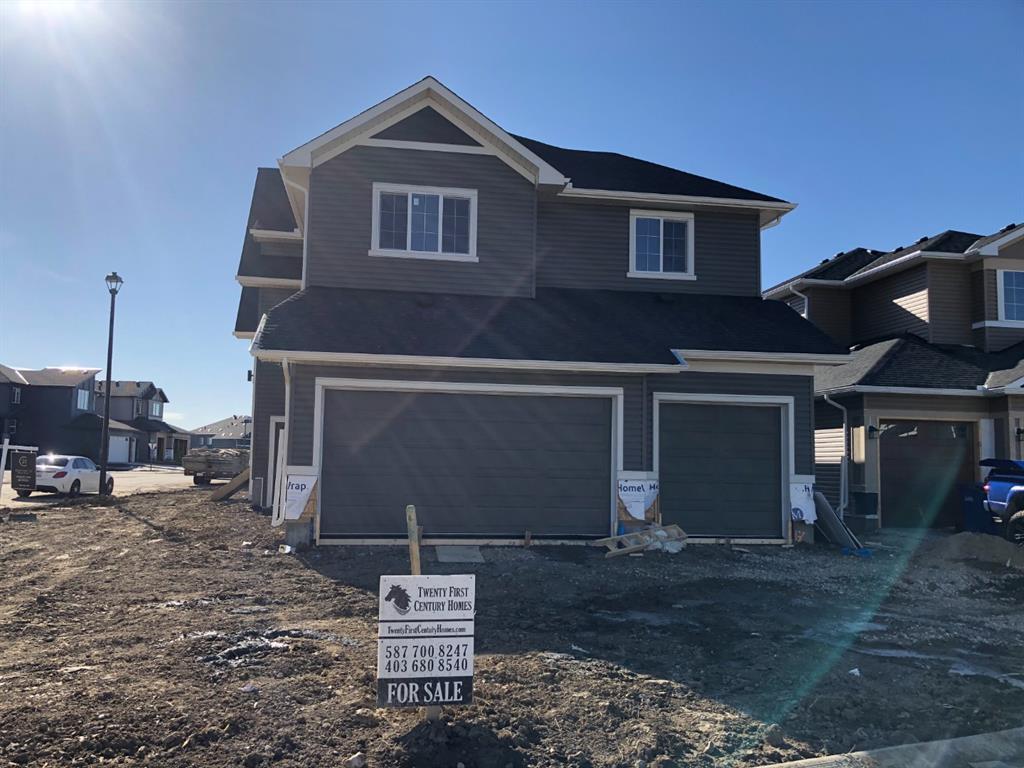 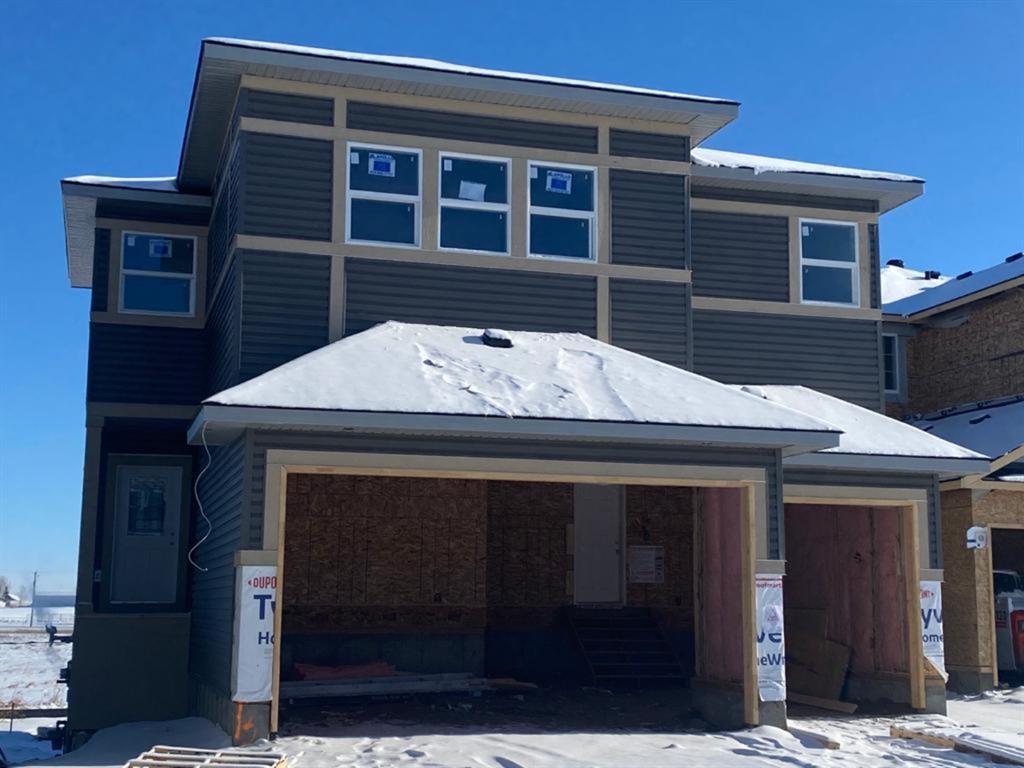 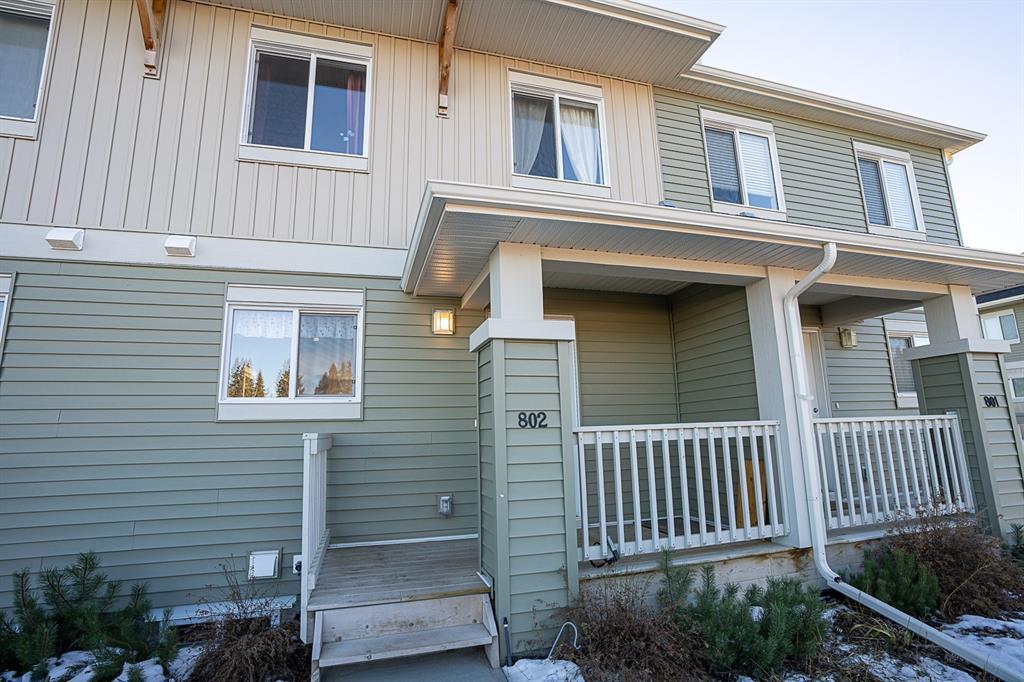 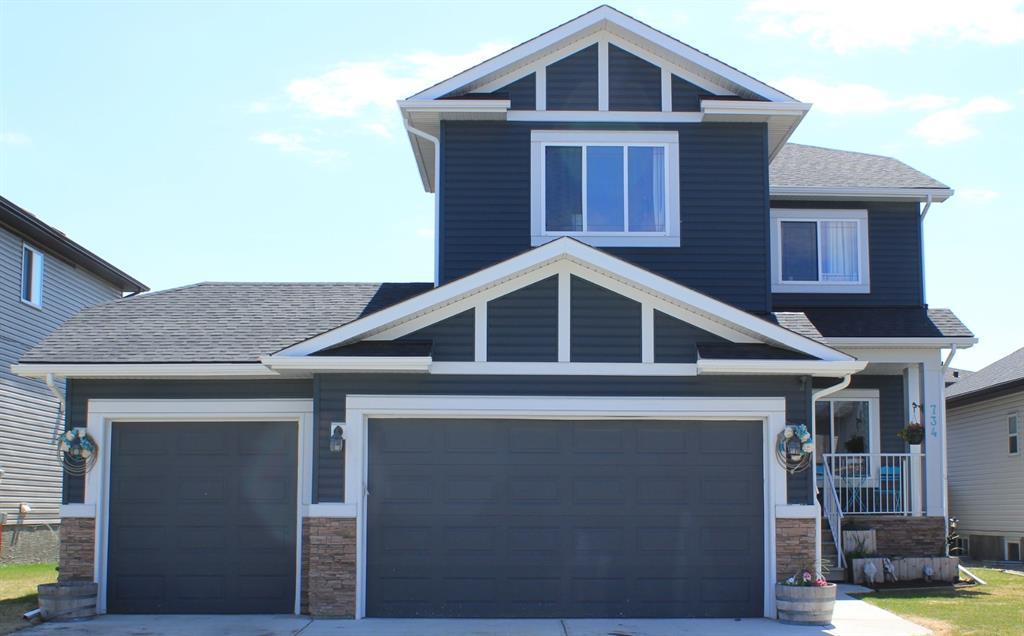 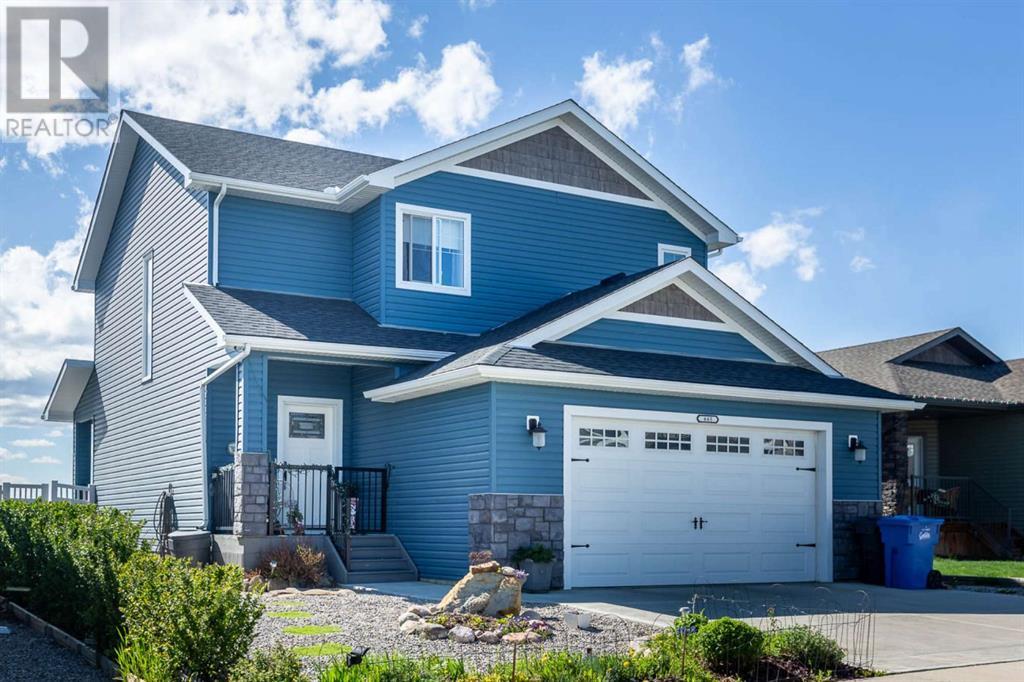 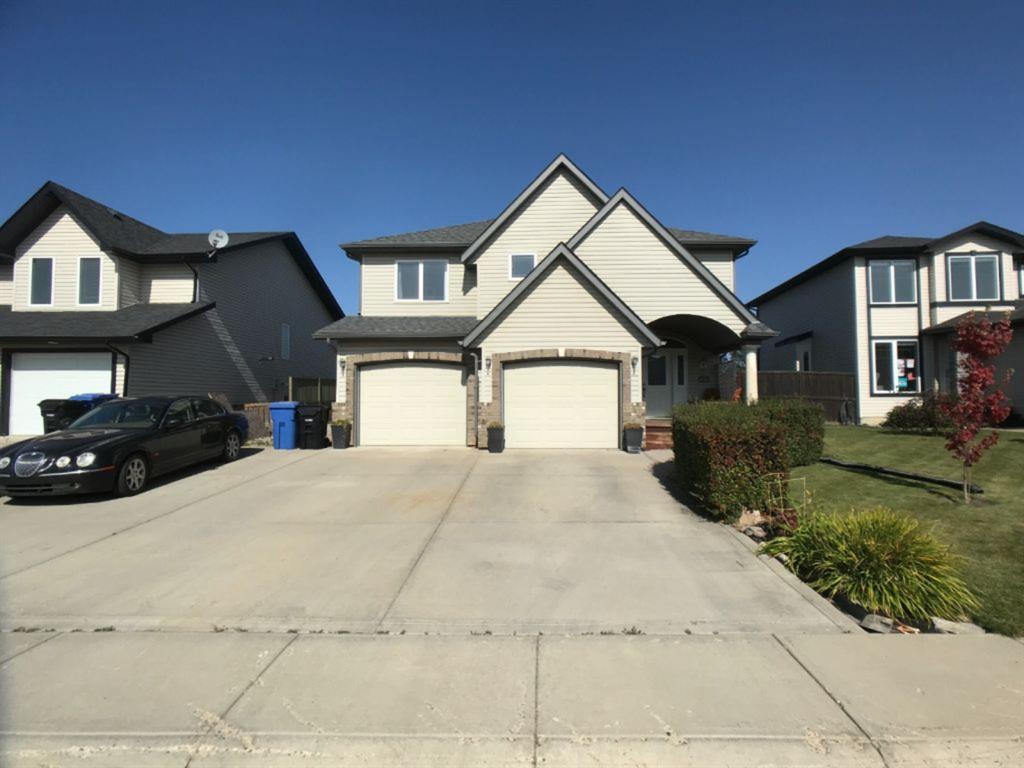 384500.00
324 Carriage Lane Drive, Carstairs, Alberta
PURPLEBRICKS
Bedrooms
4
Bathrooms
3
Property Type
Single Family
This newly renovated Bi-Level has lots of character, well designed open concept floor plan, fully Finished basement and backing onto green space with a playground. Laminate and carpet flooring through out home, double oversized garage, 3+1 bedrooms and 3 FULL bathrooms. Chef's kitchen with lots of counter space and pantry that flows into the large dining nook and living area which is great for entertaining and having family gatherings. RV parking beside garage, yard is fully fenced with balcony overlooking the playground, has access to the park, balcony is easily accessed from the dinning room. A must see! (id:31729)
Listing ID A1036017
Salesperson Anthony Lewis
Brokerage PURPLEBRICKS
View on realtor.ca