Twenty million tonnes of waste are sent to Canadian landfill sites each year; one-third of that comes from the construction, renovation and demolition industries.

But with many existing landfill sites approaching capacity across the country, the pressure is on for builders and architects to reduce, reuse and recycle, a trend that is catching on with homeowners.

Lindsay Gurevitch is a Calgary-based interior designer with Manasc Isaac, an architecture firm specializing in sustainable design. She believes the past decade has seen an "industry awakening" to the fact that our rate of consumption and throw-away culture is not sustainable.

This realization has driven the development and refinement of sustainable building practices, which have given a new lease on life to reclaimed and salvaged materials.

"Corrugated steel, metal ceiling tiles, light fixtures and wood from a 1900s cannery" are just some of the items Ms. Gurevitch is "reimagining" for clients.

"Of course, it's about aesthetics, too," Ms. Gurevitch says, "and it's definitely become a trend in renovations and interiors. But it's a trend that's driven by a need for sustainable practice. That's what's at the heart of it."

Eager to get the reclaimed look, an increasing number of homeowners are heading to outlets such as Habitat for Humanity's ReStores, which sell used furniture, home decor and building supplies.

There are more than 500 ReStores in total, with more than 90 in Canada.

In 2014, Habitat's southern Alberta stores saw a 32-per-cent increase in customers, an upturn store manager Mike Palmer attributes to the recent emergence of "a large repurposing crowd" buying everything from kitchen cabinets to flooring.

"We've always had customers looking for furniture to reupholster or recondition, but recently we're seeing people become more interested in materials for bigger renovation projects. Wooden pallets, for example – [are] in high demand as alternative flooring, shelving and feature walls."

And their growing customer base is satisfying their sustainable mission; in 2014, ReStores kept 2,200 tonnes of materials out of landfill.

"Being environmentally friendly is definitely high on our customers' agenda," Mr. Palmer says. "But then so is getting a great price and achieving a certain look for their home. It's a mix really."

Kelly Kask – founder of Reclaimed Trading Co. in Calgary, specialists in architectural salvage, custom furniture and reclaimed decor – has spent the past decade expanding to meet the needs of this new and evolving sustainable-building industry.

A builder by trade, he became tired of seeing bins of site waste going to landfill while at the same time struggling to source reclaimed materials, such as bricks. He now offers "a full spectrum" of services for sustainable building and design.

Mr. Kask has salvaged from barns, churches, factories, hotels, bowling alleys and even film and TV sets, such as Fargo, where huge quantities of wood as well as furniture and props are often up for grabs. It's an approach that has seen his business grow from a single garage to a 6,000-square-foot warehouse with an acre of yard space, opened in 2012. He's currently on the lookout for an additional 10,000-square-feet to satisfy his rapidly expanding business.

"Most salvage yards are on the perimeters of town, but we're right in the centre for that retail market. That was a big decision for us. We want to bring reclaimed materials to the masses."

The masses are certainly a market with serious spending potential. In 2014, Canadians spent $68-million on residential renovations.

"The DIY and renovation sector is continuing to grow for us," Mr. Kask says. "People are becoming more aware of what they could do with reclaimed materials because of sites [such as] Pinterest and Instagram, and they're excited about it."

Last week his crew started work on Calgary's infamous Cecil Hotel, a 103-year-old building in the city's East Village that has been condemned to demolition.

Mr. Kask will be salvaging everything from bathtubs and room numbers to light fittings, radiators and ceiling tiles. All will be sold to the city's designers, architects and DIY enthusiasts.

"Nobody likes tearing them down," Mr. Kask says, "but sometimes buildings just aren't in a repairable condition. The best outcome is to repurpose as much as we can."

Cynthia Klaassen, president of the Calgary Heritage Initiative Society, which is dedicated to the preservation, productive use and interpretation of heritage sites in Calgary, agrees that the reuse of materials is a good thing when all other options are exhausted.

"We've become such a throw-away society. It's right that the history of the building becomes part of someone else's home and narrative."

She also believes our love affair with reclaimed materials is more than skin-deep. "I think on some level it's also a search for authenticity – wanting something that's not so polished and perfect, not so Disneyland." 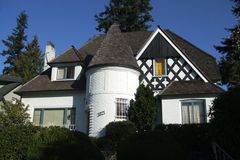 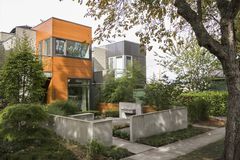