Condo fees are the great unifier in the condominium market. Owners wonder if their fees are higher than they should be; buyers struggle to understand whether the fees quoted to them are realistic – and everyone hates them.

Whether for a basic one-bedroom or a luxury penthouse, the way fees are calculated is complicated and sometimes difficult to decipher.

A list compiled by Toronto realtor Scott Ingram for The Globe and Mail tracked 34 of the city’s most expensive currently-listed condos, with some of the city’s highest maintenance fees. The condos were priced between $1.7-million and $28.75-million. There was a wide array of services and amenities included in fees that ranged between $2,014 and $11,696 per month – many times higher than the city average of $641 a month.

The average condo owner may find it hard to drum up sympathy for the prospective buyer of the ultra-luxury two-storey unit at 155 Cumberland Street that’s more than 10,000 square feet and currently carries a $28.75-million price tag, but imagine having to pony up another $140,000 in annual condo fees.

“In the context of a condo worth $28-million, who cares, it’s silly money to them,” says Dave Fleming, a broker with Bosley Real Estate who has two rules of thumb: Calculate the fees by square foot (under 80 cents per square foot is preferable, he even laid out his rough calculation on his blog); and when you’re doing the calculation, pay close attention to what’s covered. For instance, Cumberland, like a number of the most expensive condo options on the list, is a small building with 15 units. But its fees cover almost nothing; there doesn’t even appear to be a gym or a concierge, though the unit does come with four parking spaces.

“Anybody with that kind of money, you would hope they are smart, and they can figure out they are paying a lot for nothing,” said Mr. Fleming.

The top seven highest fees – ranging between $1.08-$1.60 per square foot – belonged to buildings that were mainly scattered around Yorkville and The Annex. Some have a lot more going on, such as The Hazelton at 118 Yorkville Avenue, where a 4,200-square-foot apartment in a 16-unit complex pays $6,885 a month ($1.60 per square foot). This unit has some of the hotel-living amenities that ultra-luxury buyers might expect: there’s a health club and spa, a 26-seat screening room, 24-hour room service and concierge. And when the apartment costs $8.8-million, who’s going to quibble over more than $70,000 a year in condo fees (even though gas and electricity is not included)?

“It’s a whole lifestyle thing when someone buys into a luxury condo; they want that level of service,” said Wanda Ann Cowie, saleswoman with the Johnston & Daniel division of Royal LePage RES Ltd. For those looking for luxury service at a relative discount, Ms. Cowie is representing several units for sale at 311 Bay, now known as the St. Regis, but more famously known as Toronto’s Trump Tower.

The St. Regis fees include room service, concierge, a chef who can be requested to come cook in your unit, the use of a house car to get around the downtown core, even laundry service. Some of the St. Regis hotels around the world offer private butler service, though Toronto’s residences do not (yet). Unit 5302 is listed at $3,281,000 for a 2,346-square-foot, two-bedroom suite, and fees run to $1.30 per square foot. Compare that to the recently-expired listing of a $5.75-million, two-bedroom condo at the Four Seasons at 50 Yorkville Avenue. Its fees are lower than the former Trump suites at $1.16 per square foot for similar service levels, but will cost a thousand dollars more per square foot ($2,331) to buy.

“These [Trump/St. Regis suites] are builder’s suites; these have never been lived in. When they were originally built they spared no expense," said Ms. Cowie. “Most of our buyers actually live in the suites: lawyers, bankers, doctors who want to walk to work.”

Ms. Cowie has finally been able to sell some of the building’s long-marooned suites in the months since the St. Regis rebranding was announced. Since 2012, dozens of units had sat unsold. Some blamed a restrictive lending covenant included by the original development team that wouldn’t let them go for market prices.

“Even in ‘normal-people’ condos, there still are some buildings where it’s over $1 a square foot – and that is crazy town,” said Mr. Fleming. But, he said, it always depends on the original purchase price, since what you save on the purchase price may make up for what you lose on high maintenance fees. "If I’m going to pay $100,000 less for the unit but over the years I pay $30,000 in fees? Doesn’t that make sense?”

Buyers, rich or not, should ask their realtor for signs of recent fee-inflation. “I take a look at not just the current fees but also the trending," said Mr. Ingram, a chartered accountant and salesperson with Century 21 Regal Realty. “If it has jumped a lot in the last year or two, that’s alarming, and it’s good to know why. I remember one 1971 building I looked into had the fees for one type of unit shoot up from $636 to $902 in just four years.”

Among the list of modern luxury condos (which often do not include utilities in the fees) were some throwbacks to an earlier generation of condos that are high-fee buildings with utilities and lots of other extras.

Palace Pier, which opened in 1978 in at 2045 Lakeshore Blvd. W. offers perhaps the best combination of value, service and size among active listings. Andrea Thompson, a real estate representative with Royal LePage Real Estate Services Ltd. (who also lives in the building) has unit 3001 up for sale: it’s a 3,257-square-foot unit for $1.798-million and fees of $3,041 per month. That comes out to about $560 per square foot while the fees are 90 cents per square foot.

“If you were downtown, you’d pay a heck of a lot more,” said Ms. Thompson. Not only is everything from cable to electricity covered, but the building maintains a private restaurant open only to residents of the nearby towers and their guests, a private shuttle that goes to Union Station and local stores, a spa with pool, as well as a tennis club and games room. And despite the building’s age, the fees appear stable. “We haven’t had a special assessment for years, and there isn’t one coming down the pike.”

Once a tower for retiring Etcobicoke folks, the average size of the units and all the amenities (including nine-acre Palace Pier Park) has started to attract families looking for vertical living. “We didn’t have young families, and we haven’t had kids in I don’t know how many years," Ms. Thompson said, though the old amenities are adapting: there’s now a kids club and the in-house chef is hosting cooking classes for children. 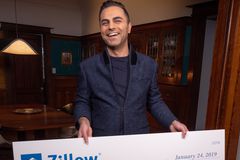 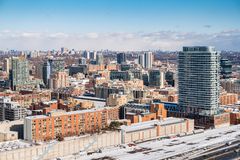