The city's fall real estate market is off to a brisk start, with September numbers showing that buyers are still making lots of purchases in the suburbs and bidding up prices across the Greater Toronto Area when they finally snag a house that suits them.

Still, agents are reporting erratic action when it comes to offer night – with some properties attracting multiple offers while others sit.

Boris Kholodov, an agent with Royal LePage Real Estate Services Ltd., Johnston and Daniel Division, says one possible reason that some houses aren't getting the expected bidding wars is that homeowners look at what their neighbour's house sold for in the spring and then want to add a few hundred thousand to the asking price.

"When the market is so hot, sellers are looking for premium prices."

The problem with that scenario is that prices tend to peak in May. By that time, bidders may have lost out on several properties and they will bid irrational amounts above asking to make sure they don't lose again.

And while lots of houses are attracting multiple offers this fall, they don't often draw the sort of spring frenzy that will see 30 bidders vying for the same house.

September sales in the Greater Toronto Area rose 2.5 per cent compared with September, 2014 sales, and set a record for the month, according to data from the Toronto Real Estate Board.

Areas outside the 416 portion of the GTA continued to see strong demand as more buyers are priced out of the core.

September was the second month in a row that growth in new listings, which increased 3.2 per cent, outpaced growth in sales on a year-over-year basis. But that slight uptick in new listings isn't enough for buyers.

"The mood of the buyer can be described in one word: frustration," Mr. Kholodov says.

Finding a good house, townhouse or condo unit still requires a lot of searching for most buyers.

Mr. Kholodov says agents often have to go beyond the usual Multiple Listing Service search and work their contacts. By that he means they call past clients who may be thinking about selling and urge them to make the decision. They call fellow agents and try to find private deals.

Mr. Kholodov used that tactic recently when he noticed a Victorian semi-detached house in the Annex listed for rent. He contacted the listing agent and asked if the owner would have any interest in selling instead. The owner hadn't been considering a sale but was persuaded to come up with an asking price.

Mr. Kholodov negotiated a little and the deal was done.

"The good old-fashioned art of matchmaking is perhaps making a comeback."

Mr. Kholodov says the house was in the $1-million to $2-million segment, which is a very competitive price range with little inventory.

He points out that such private sales are happening with increasing frequency and they aren't included in the TREB data.

"It wouldn't have worked if I had just relied on the computer to spit out listings."

Mr. Kholodov sometimes asks clients to provide a list of a few streets that he should target and then sends hand-written notes to homeowners on those streets.

"Usually that happens in the higher price ranges where the buyer is very specific about their needs and wants and about the streets they want to be on."

To make the note more personal, Mr. Kholodov tracks down the homeowner's name and always mentions the name of the street. He might write a little bit about the type of property the client is looking for – such as a renovation project or a house that's all done, for example.

"I actually write them with a pen," he says. "The note has to reflect reality without giving too much away about the buyer."

He says this type of query often gets results. Homeowners who hear about the lofty prices currently being achieved may suddenly decide to sell.

"Very often, sellers are market-motivated and the market conditions are the primary reason for their listing the property and exposing it."

Often, they were already thinking about an eventual change in lifestyle, he adds, as some buyers move up, some downsize from a house to a condo and some sell an investment property that they have had for decades.

"They have long-term plans and they move those plans up."

But for real estate agents desperate to find something for choosy clients, this type of query often gets results.

"Until someone knocks on the door and says 'this is what you're getting in today's market,' they aren't thinking of selling."

TREB is still predicting that sales in 2015 will mark a new annual record.

"Expect strong rates of price growth to continue through the remainder of 2015 and into 2016," said TREB director of market analysis Jason Mercer in a statement.

Barring a drastic shift in the economy over the next three months, sales by TREB members are expected to come in around the 100,000 mark.

Economists have varying opinions on the outlook for the Canadian economy in the final quarter of the year, with some expecting numbers to continue to strengthen and others forecasting that recent improvements will be short-lived.

Meanwhile, first-time buyers make up about 32 per cent of those planning to make a real estate purchase in the next 18 months, according to a survey commissioned by ReMax Hallmark Realty Ltd.

The survey, conducted online by Angus Reid, polled 505 residents of the GTA.

ReMax Hallmark broker Ken McLachlan says the survey was commissioned in order to gauge the impact of possible negative influences – including economic recession, stock market volatility and global uncertainty – on the intentions of house hunters.

"What we found was the key to the underlying strength of the overall market – a healthy first-time buying segment," Mr. McLachlan says in a statement. Housing sales in Toronto strong in all market segments
September 23, 2015 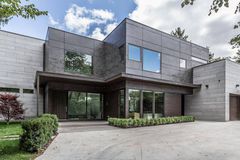 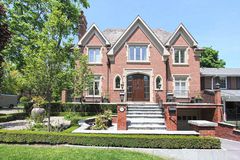