It’s one of Toronto’s most tangled land use headaches. With 600 properties comprising more than 2,000 hectares, the Toronto District School Board is by far the city’s the largest property owner, but one plagued with systemic trends it has little power to control: long-term enrolment declines, under-capacity schools and $5-billion in deferred repairs, the legacy of aging infrastructure and underfunding.

In the past, the Toronto Lands Corporation (TLC), the TDSB’s property arm, has chipped away at these issues, slogging through contentious individual redevelopments that see older schools combined and rebuilt on smaller sites, with land sale proceeds used to defray construction costs. Examples include the redevelopment of North Toronto Collegiate on the lower floors of a midtown Tridel tower, and, more recently, a complex deal that involved an adjoining pair of Scarborough high schools on a sprawling parcel of land and the development of a 140 townhouses on a surplus corner of the site. Both deals took years to complete.

Critics have called on the board to make better use of its lands, which include large parking lots and sprawling fields serving schools with declining enrolment.

In the past several months, TLC and TDSB officials have quietly put the finishing touches on an intentionally accelerated real estate redevelopment strategy that, they say, will not only create more community centres and modernized schools, but also provide builders and the city with housing development opportunities ranging from market units to affordable housing.

In an interview with The Globe and Mail, TLC chief executive Daryl Sage said his officials this summer obtained their board’s approval and are now in talks with Create TO, the City of Toronto’s property division, on the early phases of an implementation strategy. “We don’t want to do one-offs,” he said, adding that the principles of the plan can be rolled out to other municipalities and school boards.

TLC’s strategy calls for pre-planning and rezoning multiple sites, working in tandem with city officials on financing partnerships for new community/school “hubs,” and, crucially, bundling multiple properties into single proposal calls to attract investor interest for multi-unit residential or mixed-use projects. “We may go to the market place looking for a consortium [of developers],” Mr. Sage said, stressing that the approach isn’t meant to generate windfall revenues for the board.

Some TLC redevelopment projects will reflect the vision of former mayor and TLC chair David Crombie, who has long advocated the use of schools as “community hubs.” Mr. Sage points to the controversial redevelopment of Davisville P.S. as one example, with the city using part of the midtown site, valued at $20-million, to construct a connected pool/recreation centre that will be made available to students during school hours for a nominal charge for 49 years. “We’ve got an outstanding opportunity,” Mr. Crombie says. “The idea is to make sure we give people a chance to plan [complete] communities.”

Other TLC ventures, however, will involve private developers, such as a large-scale redevelopment of a cluster of a 10-acre parcel of school board land at Bloor and Dufferin that will include a mixed condo/rental residential project by CD Capital/Metropia.

But Mr. Sage said TLC’s goal is not to use land sales to generate revenue. but rather to identify uses for its surplus properties that dovetail with other city priorities, including the development of affordable or purpose-built rental housing. The board, he added, is highly supportive of using board lands to “advance” the construction of more affordable housing projects as part of its broader strategy. “We’ll make sure affordable housing is part of the RFP,” he added.

According to long-standing provincial regulations governing asset disposition, the board must offer surplus land to a long list of public agencies before selling it off or leasing school sites to other users, such as private academies.

The City of Toronto is on that list, of course, but in the past couldn’t move quickly to signal its interest in securing single parcels because it didn’t have the ability to increase its capital budget on the fly. Mr. Sage said TLC’s new strategy of working with planners and residents to pre-zone and bundle clusters of surplus sites will give council time to earmark capital funding for projects such as new community hubs and affordable housing projects, as well as identify development partners, including non-profit housing providers.

Some of these ventures will also pivot on some creative dealmaking. Mr. Sage cites the example of a land swap between the board and Toronto Community Housing. In a proposal that’s part of council’s Housing Now plan to build 10,000 new market and affordable rental units on 11 municipal sites, the TDSB will gain the right build a new elementary school on the lower floors of a planned housing complex near the Ontario Science Centre, while the city gets a surplus 12-acre school site in Scarborough’s Kingston-Galloway area.

According to the June, 2019, staff report, that parcel, combined with two adjacent city-owned sites including a TCHC complex, “offer significant redevelopment opportunities, especially for affordable housing.”

Ten years out, Mr. Sage predicts, the TLC’s accelerated land redevelopment game plan will deliver “significant change in terms of the number of schools that have been modernized and reductions in deferred maintenance, with no additional demand on the province to fund this.” 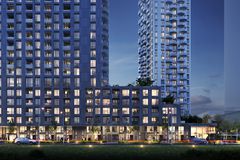 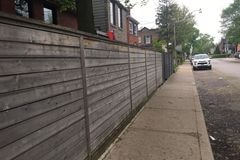 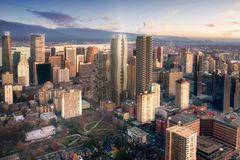