The stately stone home for sale in The Beaches on the winding Glen Manor Drive turns out to have a deep connection to Hogtown history, deeper even than the owner knew.

In 2012, John Sterling, co-founder of investment fund ROI Capital, bought the house from Bay Street impresario and former Dragon’s Den star Michael Wekerle. “I lived in The Beach beforehand, and I remember saying ‘I want to buy that house,’” Mr. Sterling said. “The biggest charm in the whole house was the stonework, you don’t see a lot of stone houses in The Beach.”

Mr. Sterling had been told the house had a connection to R.C. Harris, famed Toronto city-builder behind the Bloor Viaduct and the eponymous R.C. Harris Filtration Plant, an art deco Beaches landmark immortalized in Michael Ondaatje’s 1987 book In the Skin of a Lion. Rather, it appears the house was built in 1924 for a different Harris (not believed to be related), Joseph Henry (Joe) Harris who would become one of the city’s more prominent citizens growing a family-owned meat-packing empire while also serving as a member of Parliament from 1921 until his death in 1952. The W. Harris & Co., from its Strachan Avenue abattoir and headquarters, would begin consolidating the meat-processing business that put the Hog in this town’s nickname with a series of mergers in 1927. The new entity, named Canada Packers, would grow into one of Canada’s largest food companies, eventually evolving into the Maple Leaf Foods Canadians know today.

Mr. Harris was a life-long Conservative, and the house is also small-c conservative in its scale. It’s on the corner of Glen Manor Drive and Pine Glen Road and overlooks the footbridge that connects the east and west side of Glen Manor over the Glen Stewart Ravine, and the lot is expansive for Beaches properties (95 feet on the ravine side). Successive updates across the decades have blended the home’s heritage character with modern amenities and uses, not the least of which is the pool in the backyard. A few years back, Mr. Sterling had the slope that runs up the side and front lots completely relandscaped, transforming it from a mix of brush and scrub to a manicured garden that is serviced twice a week.

Listing agent Shea Warrington said that even before the house officially went on the market there have already been a few showings for Beaches locals who, like Mr. Sterling, have long admired the house from the street. “A house of this calibre already has a fair bit of interest,” she said. “I find many buyers right now want to expand their space; People working from home, kids not going to university. Travel is unlikely in the near future. Creating your own private ‘resort destination’ is appealing. Not that the Glen Manor price point is in everyone’s snack bracket.”

The front door and driveway is on Pine Glen. The arched front door leads into a reception hall at the centre of the house. To the right is the formal dining room with coffered ceiling, to the left (past the stairs that wind to the second level) is what might once have been a library but is now a cigar room. To the left of this and one step down is a sunroom that is one of Mr. Sterling’s favourites in the house. “That’s where I read the paper in the morning,” he said. “Or if I come home after work, and I feel like a drink … it’s got good light, it looks out on the pool.” There is a doorway to the rear yard and its expansive patios, views into the ravine, a barrel-shaped standalone sauna, and a secluded al-fresco dining area.

Back inside, from the reception hall there is a large rounded archway to the central family room on the back of the house. With sitting areas, TV, fireplace, easy access to the kitchen and many windows into the backyard, this is your classic mid-century family room, even if Mr. Sterling and his children don’t use it nearly as much as they do other entertainment spaces in the house.

The kitchen, accessible from the dining room and family room, is all updated and wide open with a big marble-counter island in the middle and a eat-in nook tucked into the lead-paned bay window facing the backyard. Just next to the kitchen is the mudroom, which accesses the backyard and the garage.

Mr. Sterling barely changed the main floor, but he did some extensive work in the basement and upstairs. The basement has a spare bedroom with a stone fireplace, a custom-built climate-controlled wine-cellar, even a nook for pinball machine … but the show-stopper is a theatre room with three-tiers of platformed seating. He had one at his previous house, he has one at his cottage, and he needed one here, too.

“I like a theatre room … it’s not like I watch tons of TV, but after dinner with a glass of wine, it’s great,” he said. Lately he’s been catching up on Netflix documentaries and the classics. “I’d never seen Romancing the Stone [the 1984 jungle rom-com featuring Michael Douglas, Kathleen Turner and Danny DeVito], we enjoyed watching that.”

The second floor was not changed too dramatically either, though there are a few surprises. There are five bedrooms: two have walk-in closets and are connected by a jack-and-jill walk-through semi-ensuite bathroom, one that is currently an office and has no closet, and a standalone bedroom with no walk-in (there’s a separate four-piece bath on this level too) and the master suite. In the master the lockable walk-in closet is concealed behind some built-in cabinets, and there’s a five-piece ensuite bathroom. This floor has one more secret, a door that looks like it could be a linen closet but which actually leads to the third level.

This is the most unusual space in the house, what was just an attic is now a huge vaulted room filled with sky-lights, exposed stone and nooks tucked into dormers. “I built a bar, and was thinking I would have people over for football … well that never happened,” he admits. Among the current uses, it’s Mr. Sterling’s gym (“I don’t like working out in basements”) with his Peloton machine. It once had a karaoke machine and disco ball for his daughter (heading to university soon) and his son plays a lot of Xbox on the TV tucked into a nook in the far side of the room. There’s a full bathroom with shower up there, and it could be a teenager’s dream room, or just the party room.

Mr. Sterling sold his company five years ago and is planning to move into a converted church in Toronto’s Summerhill neighbourhood. His passion these days is Saulter Street Brewery, which he opened in Riverside.

He’s decided that and the old Harris mansion is just too big. Other than his bedroom he really only uses four rooms in the house – kitchen, sunroom, theatre and gym attic – and would like something a little more modest in scale.

It’s been the home of Toronto business leaders since its creation and, priced in the $6-million bracket, it’s likely that another tycoon will take it on. Ms. Warrington hopes it will be someone with a family looking to add to the house’s long legacy. 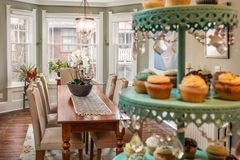 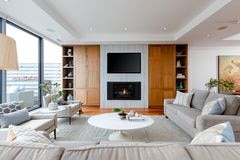 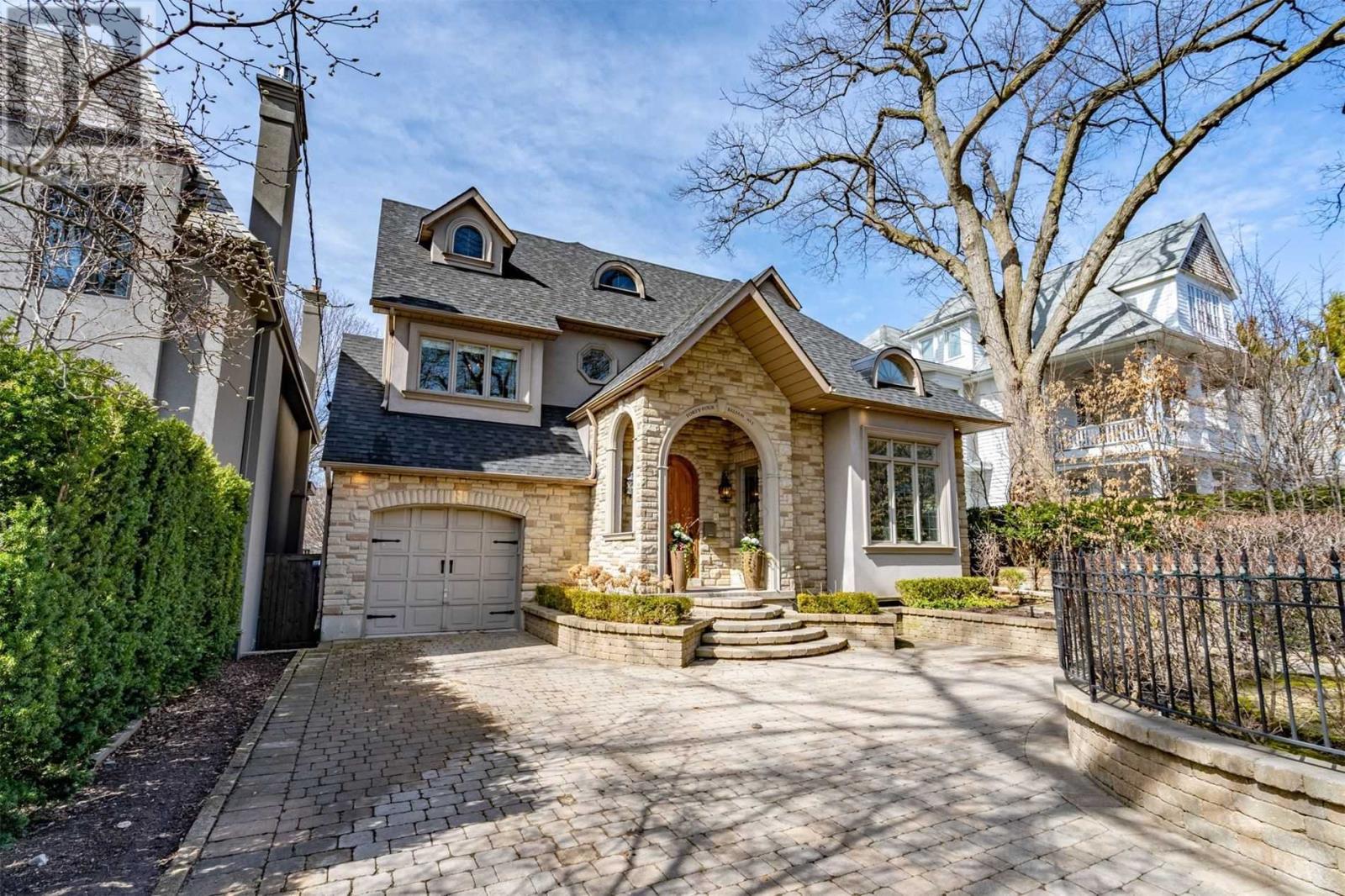 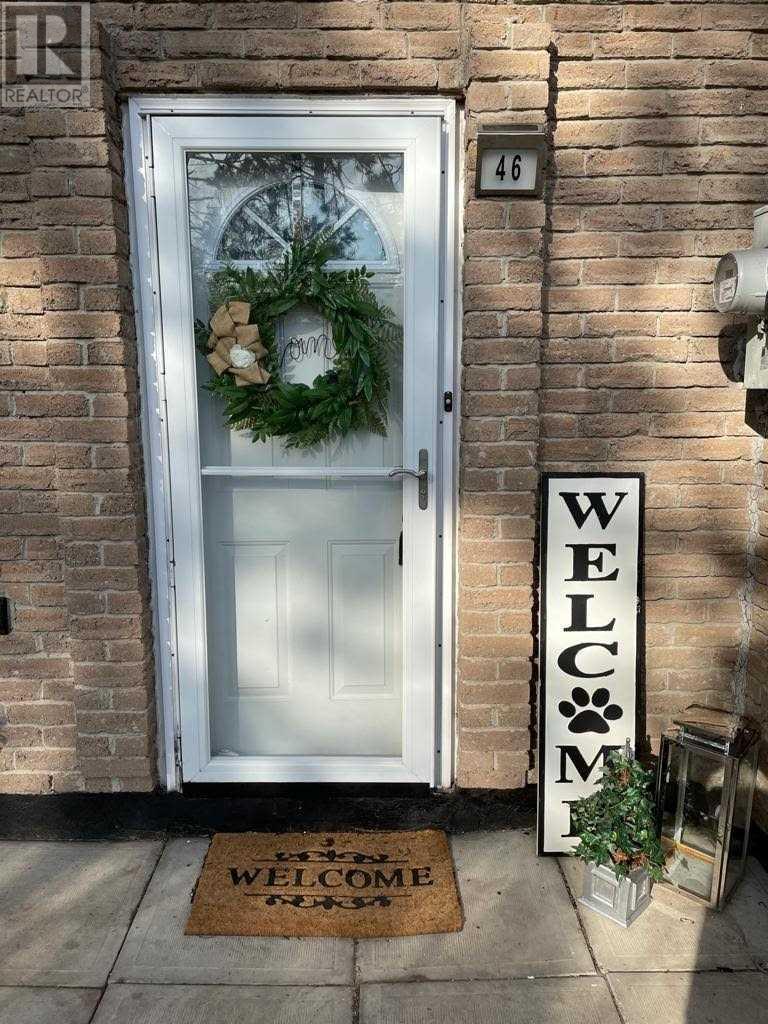 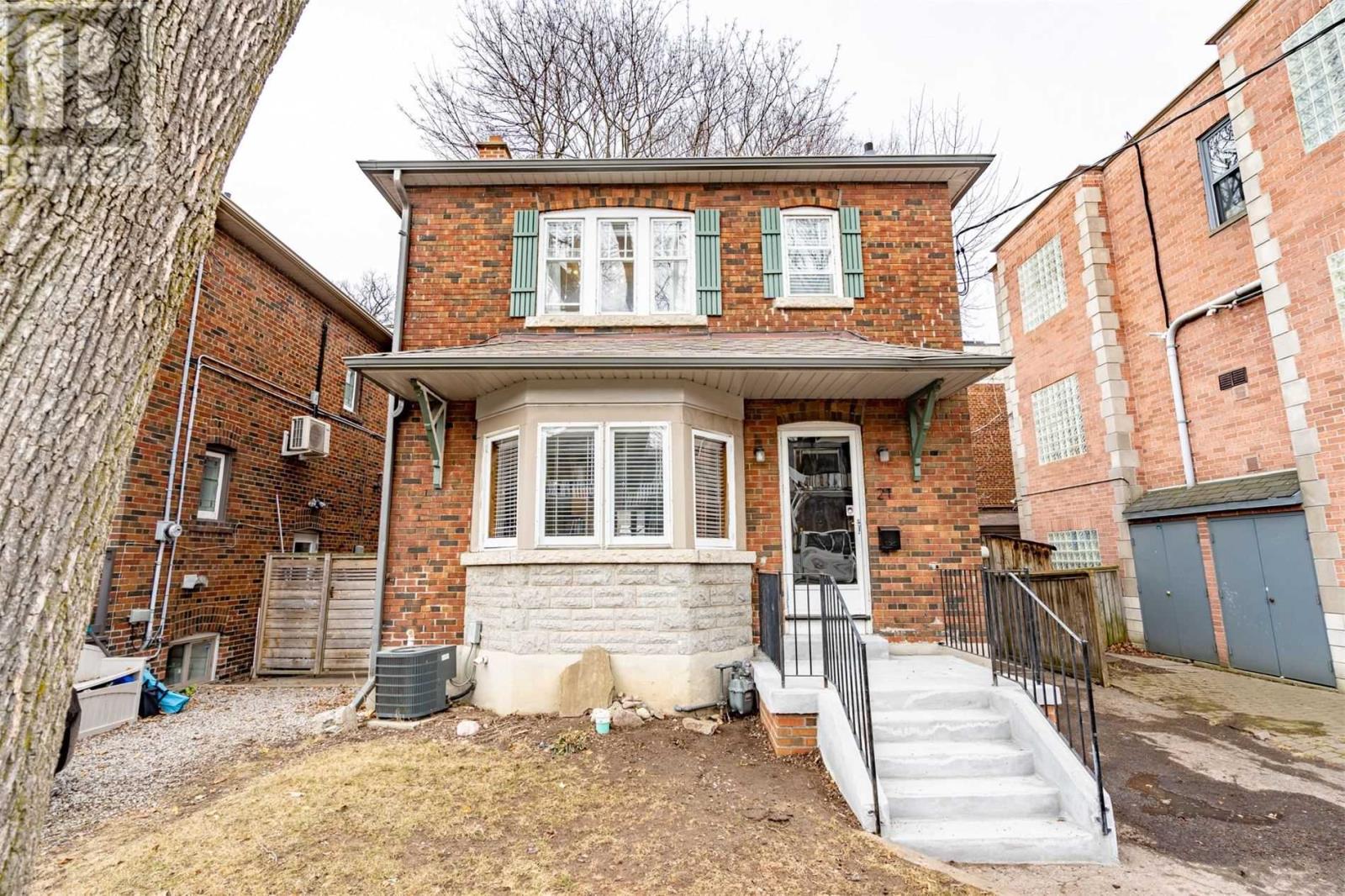 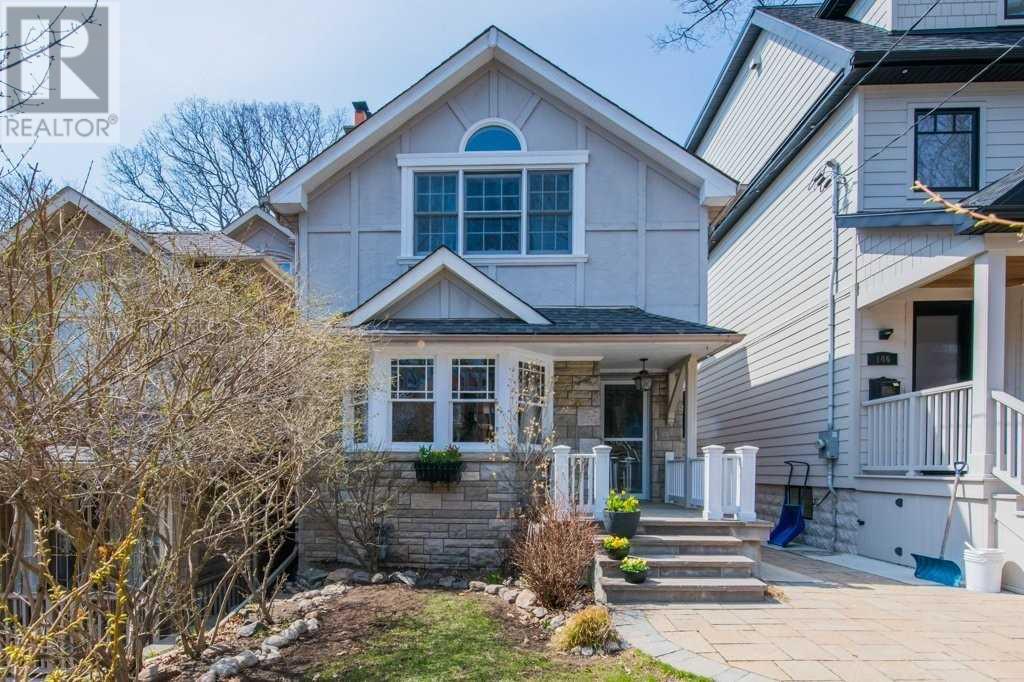 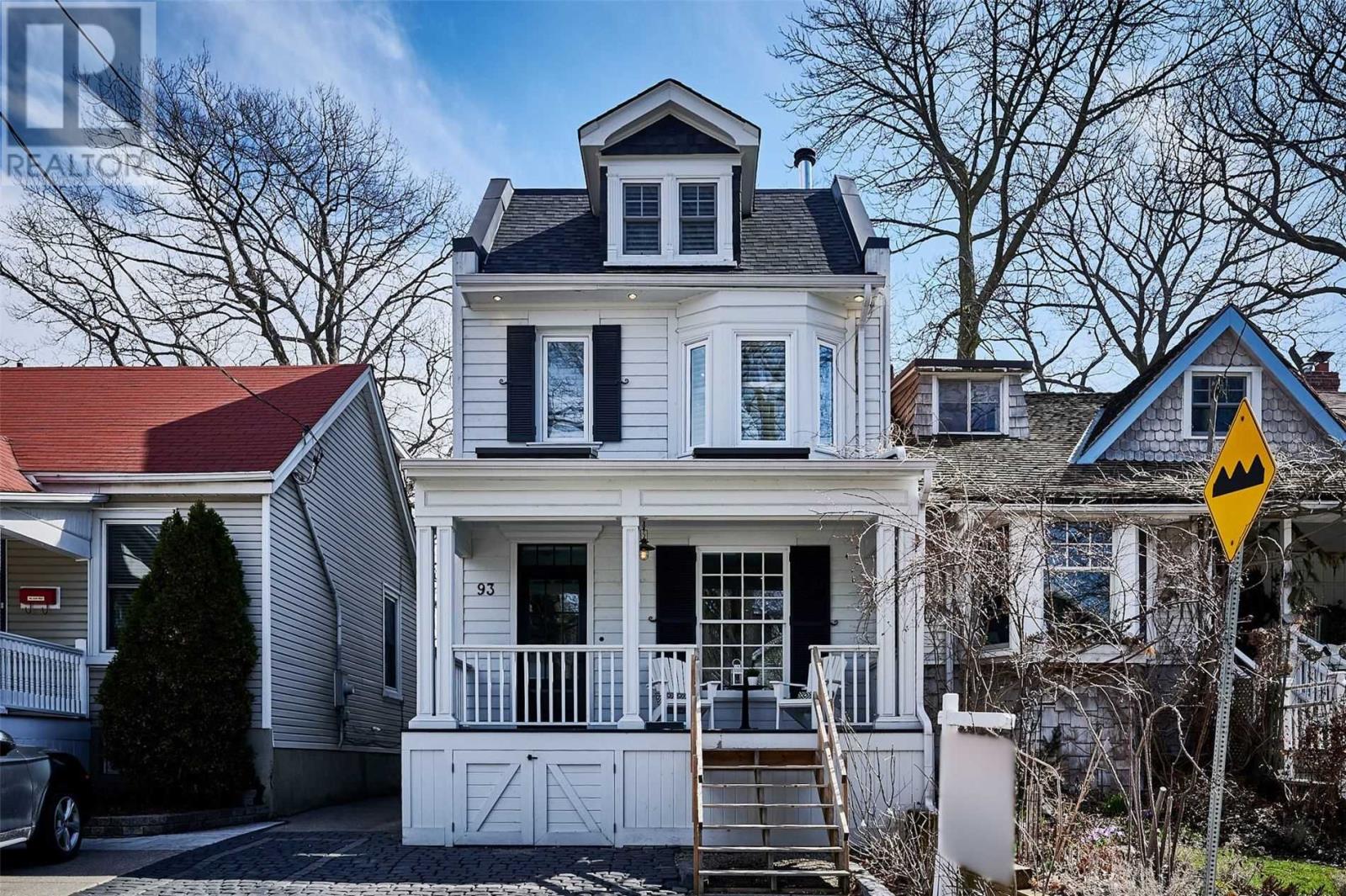 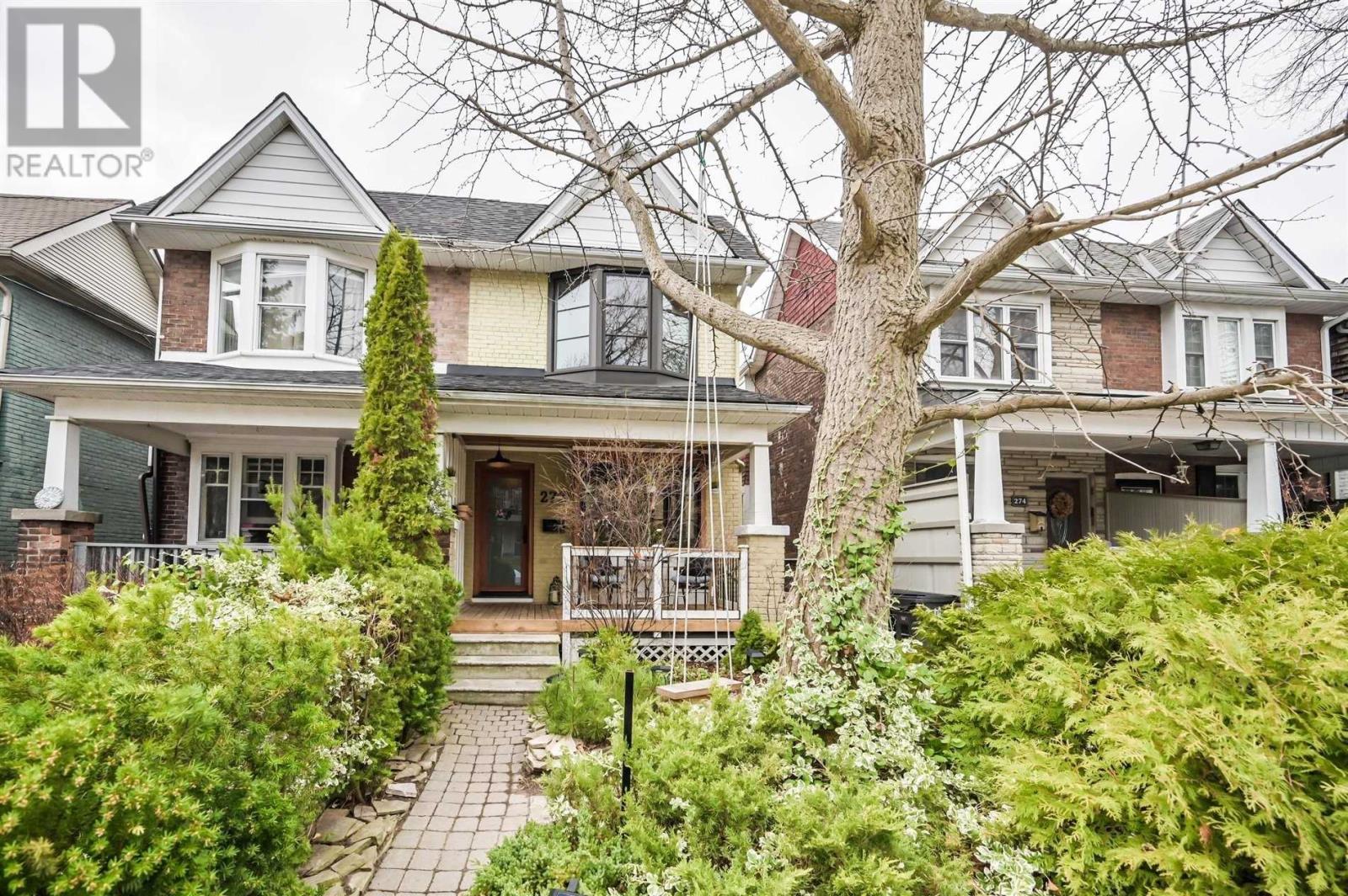 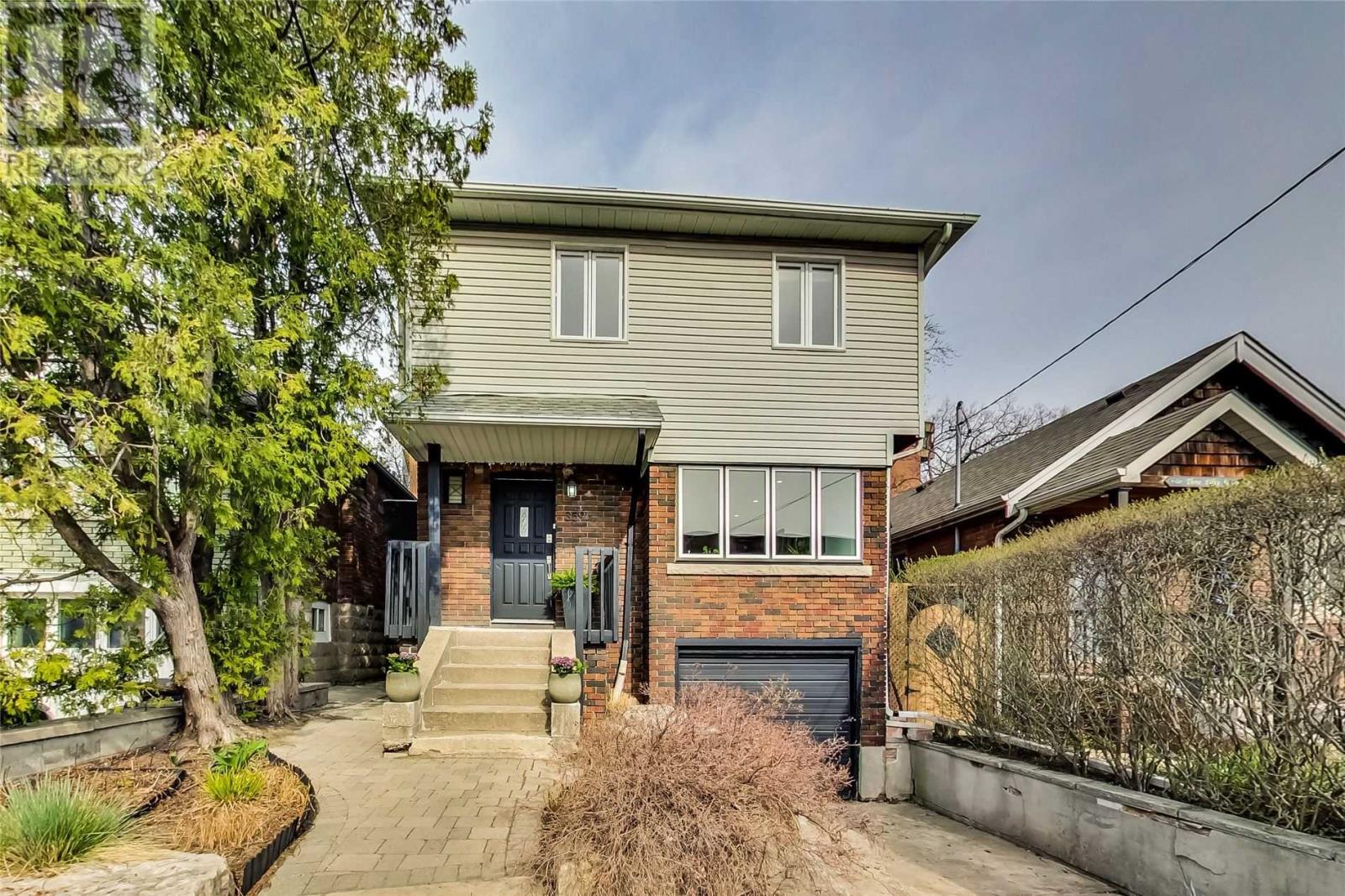 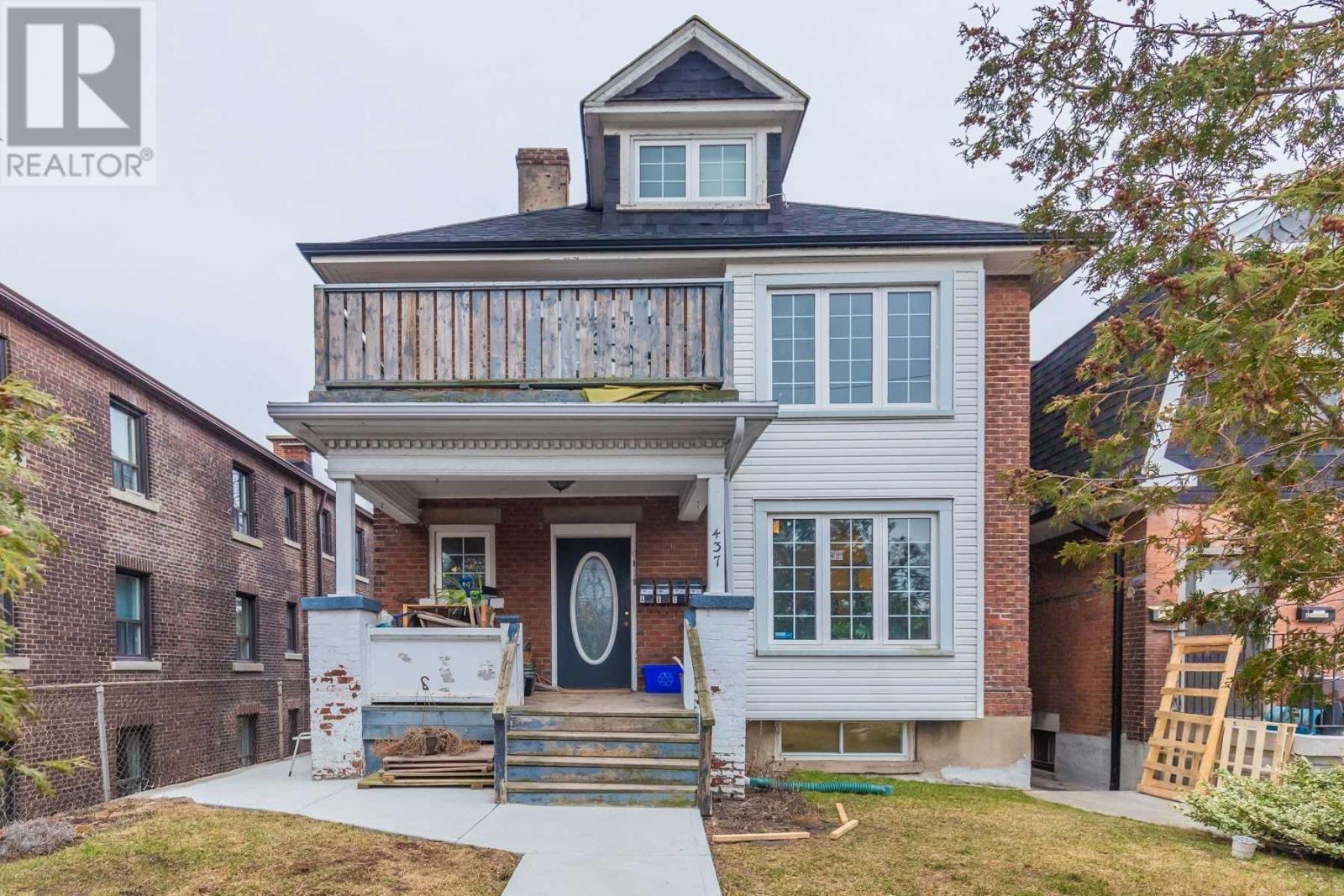 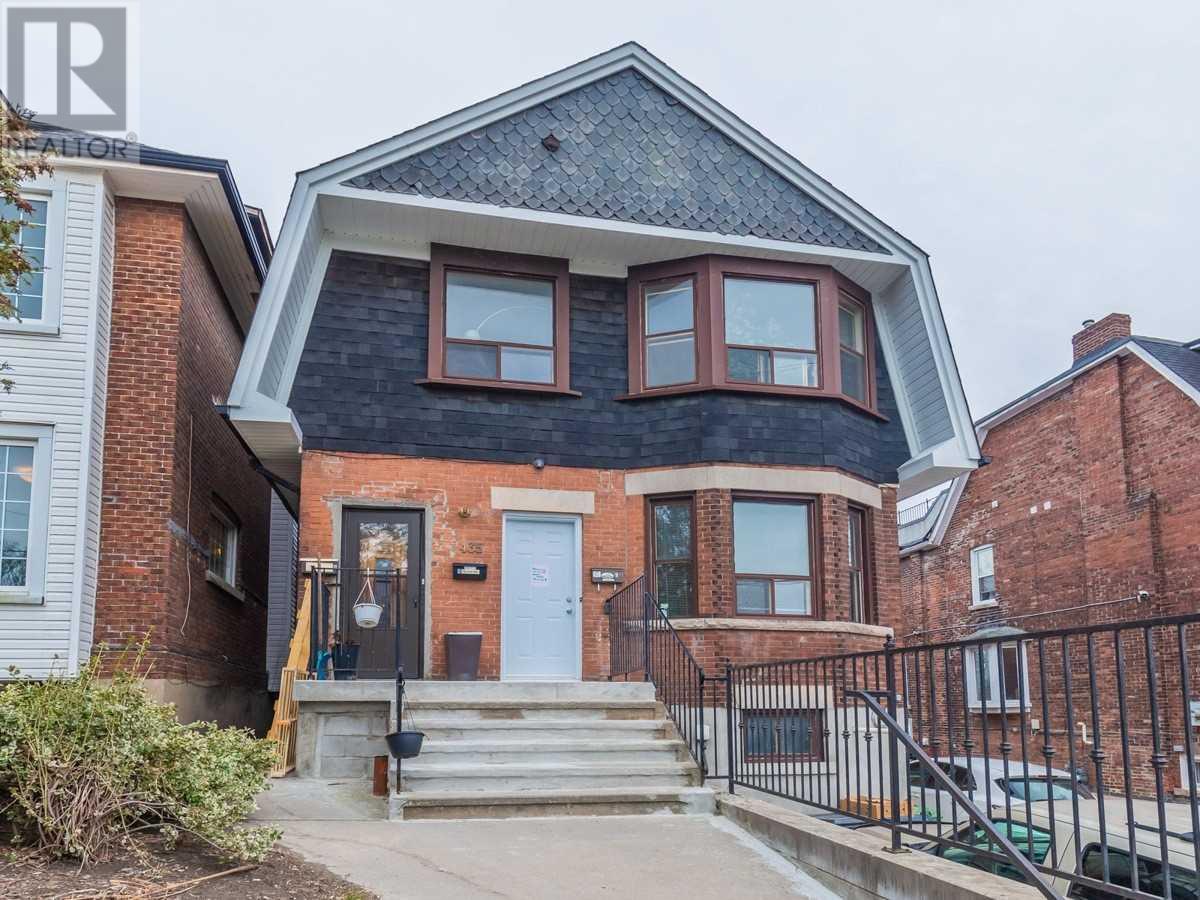 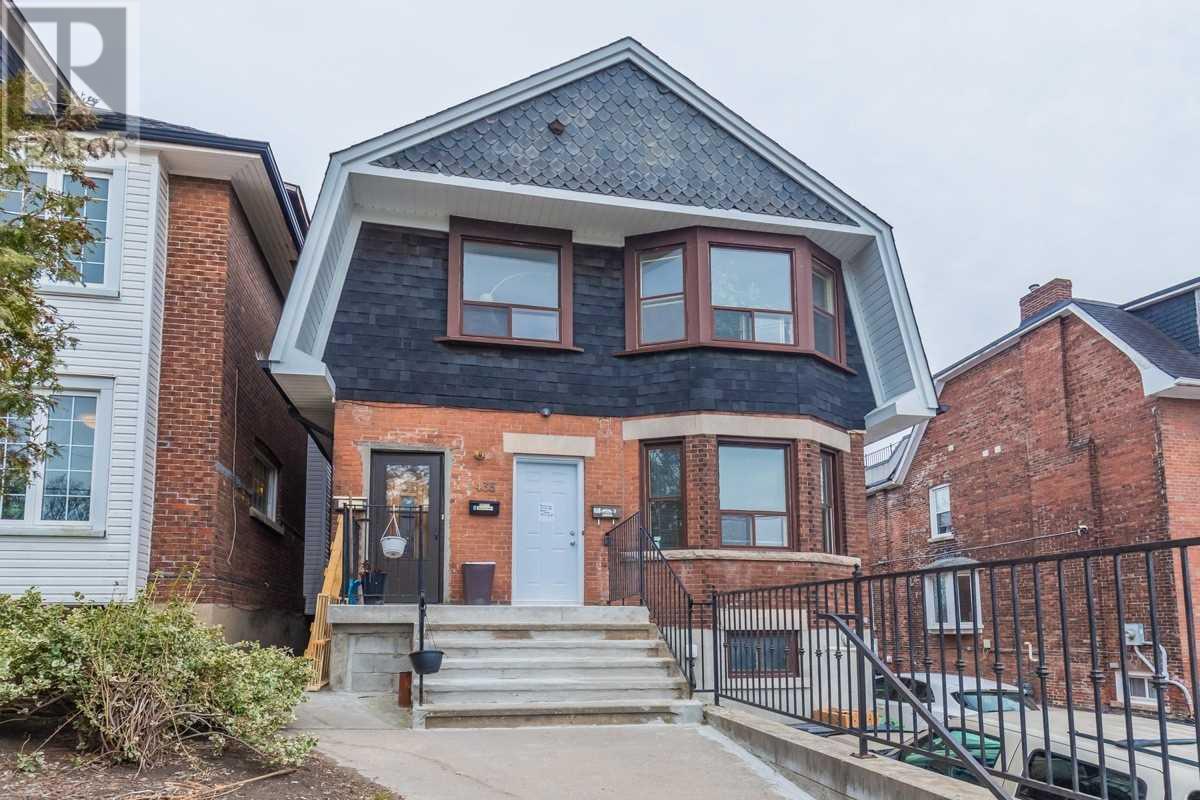