The house at 25 Tudor Gate was designed in the early 1970s by the late Napier Simpson, a prominent Toronto architect known for his restoration and heritage-conservation work.

The architect set the house on the edge of a ravine property sloping down to Windfields Park in the North York area of Toronto.

The stone house – with its two-storey turret, copper roof and cobblestone drive – resembles a French château.

In 2006, Roy and Anne Whitten purchased the house after living for many years at a ravine property on nearby Bayview Ridge.

Mr. Whitten, who died in 2019 at the age of 97, lived in the house until he moved near the end of his life to the nearby war veterans’ home at Sunnybrook Health Sciences Centre.

Roy Whitten’s son, Kevin Whitten, says his father was a World War II veteran who fought with the British Army at the Battle of Normandy before immigrating to Canada.

Kevin Whitten’s step-mother, Anne, was from Belgium. The elder Whittens were drawn to the home’s European style and landscaped gardens, he says.

At a stage of life when many people are downsizing, Roy and Anne Whitten made full use of the expansive property, Mr. Whitten says.

“They entertained a lot,” he says. “Their parties were epic.”

The centre of the 7,370-square-foot house is a baronial great room with a beamed cathedral ceiling, a wood-burning fireplace with a two-storey stone surround and a double set of French doors opening to the garden.

A series of antique stained glass panels lines part of one wall. Mr. Whitten says the panels were salvaged from a monastery that was torn down in Belgium.

The great room opens to a dining room with French doors leading to a stone terrace. Mr. Whitten says many summer soirées included an al fresco sit-down dinner for as many as 60 guests on the stone terraces.

The large kitchen has built-in appliances, an under-counter wine fridge and an indoor gas barbecue in a stone surround.

Another wing of the house contains the secluded master bedroom suite. The bedroom has sliding doors that open to a balcony with a wrought iron railing overlooking the ravine.

“Out of every window there is something charming,” Ms. Davis says. “I find this house very calming.”

The master suite also has a large bathroom with a walk-in shower and a marble floor. There is a separate dressing area and lots of storage.

An oak staircase winding between the three levels fills the turret, which is topped with a circular stucco ceiling with oak beams.

Upstairs, a loft with rough-hewn beams overlooks the great room. During winter parties, a string quartet would often set up in the loft to entertain the guests below, Mr. Whitten says.

Four bedrooms provide plenty of space for family and guests. There’s also a room currently used as a home office overlooking the garden.

Ms. Davis says the second-floor bathrooms are dated and likely in need of a makeover.

“I think most people would renovate,” she says.

The lower level has a large billiards and recreation room with a fireplace. An above-ground room at garden level can be used as a bedroom or office.

The house sits in a quiet enclave just north of the well-known Bridle Path area. The curving streets include Country Lane, Wilket Road and Tudor Gate.

There’s a short-cut from the neighbourhood into Windfields Park, which was once part of the large estate of tycoon E.P. Taylor. Mr. Whitten says the couple enjoyed the serenity that surrounded them.

“We used to joke it was their cottage as well.”

The gardens are full of magnolia trees and other lush plantings, Mr. Whitten says. His father had help from gardeners, but he spent much of his time digging into the beds and trimming trees into his late nineties.

“Being at home contributed to his longevity because he loved the home so much.” 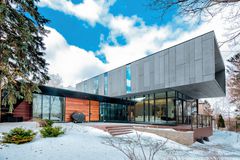 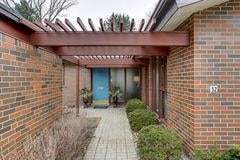 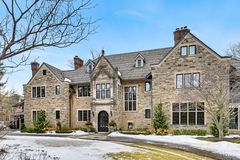