Seven years ago, Alexis Victor and her husband caused a stir when they bid $116,000 above the asking price for a semi-detached house in Toronto’s Roncesvalles Village.

“It was big news at the time because that was before people went that high over asking,” Ms. Victor says.

Today the house is back on the market with an asking price of $1,435,000 as the couple and their six-year-old daughter join the exodus out of the city.

“It’s a common theme these days,” says Ms. Victor, who notes that many young families are moving away from the city for cheaper real estate and a different pace of life.

It’s a phenomenon that’s gaining traction among residents at all stages of life. Many retired baby boomers and folks approaching retirement are also looking to start a new life elsewhere.

Since she purchased the house on Garden Avenue, Ms. Victor has become a real estate agent herself with Royal LePage Signature Realty.

Even if their renovated semi doesn’t sell at a premium to the asking price, she says, they can live mortgage-free in their spacious new house on three acres of land in Washago, Ont.

Toronto has seen many high-octane sales so far in 2020 as buyers vie for scarce listings. A few blocks north of Ms. Victor’s current home, a detached house sold last week for more than $1-million above the list price.

The unrenovated house at 63 Constance St. with an asking price of $1.298-million drew 16 offers and sold for $2.3-million after six days on the market.

Ms. Victor says real estate watchers are astonished at the sale because the unrenovated house was not priced wildly below market value.

“Everybody was a little bit rattled,” she says. “We’re kicking off the spring market right now and no one knows what to expect.”

Besides working in Toronto, she has also established her business in the areas around Lake Simcoe because so many city people are moving out there.

One new housing development, for example, is going up close to the famed cottage-country burger joint, Webers. In a sign of the times, the U.S. coffee giant Starbucks is moving in too.

“I carved out a crazy little niche,” she says. “Lots of younger families are buying these new houses in these areas.”

In recent days, real estate agent Christopher Bibby of Re/Max Hallmark Bibby Group Realty has had seven appointments to meet with owners who are planning to sell.

All seven sellers are leaving the city, he says. In every case, they’re taking money off the table.

“I’m not seeing people stay here. It makes no sense – they can’t afford the move,” he says.

Mr. Bibby says land transfer taxes and real estate fees make the trade very expensive. People who are planning for retirement can sell here and buy elsewhere for much less. One couple is returning to the Maritimes and others are eyeing various small towns in Ontario.

“They’re new to me and I’m looking on a map to see where they are.”

Mr. Bibby says that one reason people are leaving is that condo prices have soared while the prices for detached and semi-detached houses have stagnated or even fallen in some areas.

Baby boomers who had once planned to downsize to a condo are leaving town instead.

Mr. Bibby says he takes clients with a budget of between $3-million and $4-million to look at units and they’re crestfallen at what they can purchase.

“There’s not much out there and what’s out there is uninspiring. That places aren’t ticking the right boxes.”

Not too long ago, he says, buyers with that type of budget could be choosy.

“When you had a $3-million to $4-million budget, there were no compromises. Typically in the past, you had the right to be a little more selective in the location or the finishes or the view.”

The problem is even more acute for his clients looking in the $1.5-million to $2-million range.

Now, the first thing potential buyers wonder when they walk in the door is where they are going to put the dining room table.

“They say, ‘We have to sell all of our furniture.’ Before you were taking your furniture. Now you’re giving everything to your children.”

As a result, condo units at the upper end of the price segment are taking longer to sell, he says. While lots of building has been taking place in the city, the market in the past 10 years has shifted towards micro-condos that appeal to investors, he says.

Meanwhile, the owners of large and appealing units in luxury buildings or hard loft conversions are staying put.

“The people who are already living in beautiful loft conversions in established buildings are not moving. The only options are mediocre high-rises.”

One client lives in a 2,100-square foot unit in the highly coveted Candy Factory loft on Queen Street West. Mr. Bibby knows the loft would sell in a heartbeat. But he cautioned the owner that she’s unlikely find anywhere else to buy.

He’s all too aware of the irony of discouraging new listings but he doesn’t see how some owners will improve on what they have.

“I’m talking quite a few people out of selling right now.” 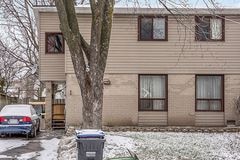 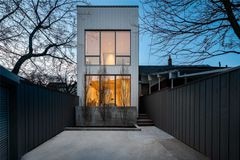