With unrelenting demand and the deep pockets that brings with it, condo builders are consistently winning the contest for scarce building land in Toronto.

According to Altus Group Ltd., a real estate consulting group, the price per square foot that a residential use can support is rising far faster than that for commercial uses.

"The price that residential developers can afford to pay for land has been rising very rapidly," says Matthew Boukall, a senior director in the Altus Data Solutions team, because the price per square foot Toronto buyers are paying for finished condos is also rising rapidly: from an average of $600 a square at the end of 2016 to $800 a square foot at the end of 2017. "Residential demand was through the roof last year, and developers were chasing every available parcel to bring residential to market," Mr. Boukall says.

"It's not really a fair fight," says Daniel Holmes, a senior managing director in commercial realtor Colliers International Canada's office practice group. "We're seeing everyone trying to bid on all kinds of different projects, you can project the winners – if it's going to be a development site for condo or office – long before bid date.

"It's just the math," Mr. Holmes says. "You can sell condos units for more than the return on investment in an office building over an extended period of time."

The Toronto office market has gotten incredibly tight in recent years. According to Altus Group's 2018 State of the Market report, Toronto's overall office-vacancy rate fell in 2017 for the first time in six years, at the same time that two million more square feet of space was completed and added to the market.

"There's a shortage of office space, the market's very tight, it's the strongest we've seen in a long time. But is it stronger than the desire for residential in Toronto?" asks Jeff Thomas, executive vice-president with Cushman & Wakefield Inc. To explain the difference, he poses a thought experiment: If you had land and $400-million to spend and you were building on spec (with no tenant prebooked) would you be more comfortable assuming you could fill it with office tenants or with homeowners?

"If it was an apartment of condo building, you'd say it would be occupied in a month," Mr. Thomas says. "The office, these are big complex sophisticated tenants heavily driven by the economy, so you don't exactly know when that building is done if you're going to have a market or not."

And that dynamic is only getting worse for office developers: Tucked away in the Altus presentation was a slide noting a recent $87-million deal to buy a lot at 1323 Bay St., in Yorkville, which worked out to $380 a square foot. Not that Yorkville is exactly a destination for office development, but that's almost twice as high as any commercial developer could afford to pay for land, according to Mr. Thomas.

Many times an office developer won't even bid on a parcel if it has any residential possibilities, that includes major mixed-use projects, such as the Well at Front and Spadina, that are becoming more common in the city. That means commercial developers are having to get very crafty to find new land.

"There are no more easy sites left, every site that we'd look at has complications and challenges," says Derek Goring, vice-president of development at office developer First Gulf Corp. "We have a project at 25 Ontario St. and its essentially too big for a one-tower and not big enough for a two-tower residential site. It's big enough to fit an office building – which requires more land than a residential building – and it's in this sweet spot that created an opportunity for us to buy the site competitively with how a residential developer would price it.

"But there's very few sites like that; it just doesn't happen very often anymore – developers are getting more and more creative to how they can fit buildings onto a small site." 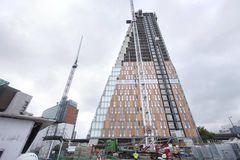 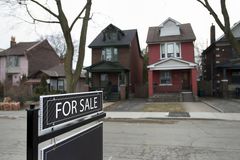 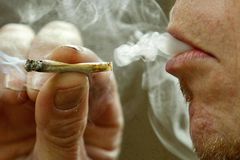