As a resident of West Vancouver, Ross Bonetti often enjoyed running or walking with the family dog through the curvy roads of the area’s Caulfeild neighbourhood.

On one of his outings, Mr. Bonetti noticed a “for sale” sign had popped up on a verdant slice of land backing onto North Piccadilly Park.

“There had never been a house built on it,” he says. “It was still a treed lot.”

Mr. Bonetti and his wife, Melissa Bonetti, called on architects David Battersby and Heather Howat to visit the site with them.

The partners at BattersbyHowat Architects Inc. were friends and business associates through Mr. Bonetti’s own design firm, Livingspace.

The company, which occupies a 30,000-square-foot showroom in a former printing factory in Vancouver’s Armoury District, began as a retailer of high-end Italian furniture and expanded to include lighting, closet systems and kitchens.

“We’d worked on a lot of their homes,” says Mr. Bonetti of his relationship with BattersbyHowat. “I always liked the things they did.”

When the architects were enthused about the site’s potential, the Bonettis went ahead and purchased the lot.

BattersbyHowat designed an L-shaped house around a central courtyard with a long, rectangular pool.

In a video describing the project, the architects explain that they deliberately designed an exterior that appears enigmatic and private to the street.

“One of the things that I particularly love about the house is the modesty of the approach and the kind of quiet of that – and the unexpectedness of coming through the front door and then descending into the living space,” Mr. Battersby says.

The Bonettis have spent time in Palm Springs, Calif. in the past, and many of the tear sheets the couple showed the architects showed influences of mid-century modernism and a West Coast lifestyle.

“I wanted the house to completely open up to the pool,” says Mr. Bonetti. “Heather and David nailed it with the initial drawings.”

The architects and the couple agreed they did not want the house to be a simple box, so they created angled roof lines and changes in elevation between spaces. While residents descend into the living room, for example, there’s a slight ascent to the master bedroom.

The finished house has five bedrooms and four bathrooms in 4,179 square feet of living space.

While the front façade is minimalist, the exterior walls facing the courtyard are clad in cedar and cantilevered over the pool deck.

“You’re not showing your wealth to the neighbourhood,” Mr. Bonetti says. “It’s for the residents, not for the street,” he says of the rich cedar accents.

The principal rooms focus on the courtyard, with accordion doors in the living and dining area opening to the outdoors. The interior walls soar to a 25-foot high ceiling with a skylight.

The master bedroom suite is at one end of the main floor and a guest suite at the other end.

Upstairs there are bedrooms for the three children and a casual family room where they can hang out together.

The firm of BattersbyHowat has the ability to provide the architecture, interior design and landscaping, Ms. Howat says.

As the project neared completion in 2005, the Bonettis agreed to hold a wedding for a family friend in the backyard.

“In the end it was a big push to finish the house,” Mr. Bonetti says. “We had a sign up with the date of the wedding, just to motivate the trades.”

On the morning of the nuptials, Mr. Bonetti recalls waking up early to sounds coming from the garden.

“It was David Battersby placing plantings at five in the morning because the wedding was that day.”

The Bonettis love to entertain, and much of their time in the summer months is spent relaxing in chaise lounges or swimming with kids and guests. There’s also a hot tub, an outdoor kitchen and a fire pit with a seating area.

“We’ll spend the weekend hanging out at the pool with friends, and that turns into dinner,” Mr. Bonetti says.

They also like to get together often with the extended family.

“It’s not unusual for us to have Sunday dinners of 20 people,” Mr. Bonetti says.

The architects say that working with homeowners in the design industry allowed them to create a house unlike any other they’ve done.

“They’re highly enlightened clients so the expectations are very high – as were ours,” Mr. Battersby says.

The centre of family life is the kitchen, which is separated from the main living space by a large island. There are built-in stainless steel appliances, polished concrete floors and cabinets faced in dark wood. The architects placed a horizontal band of windows along the length of the counter top to provide an unexpected view of the natural landscape outside.

“It’s been a fantastic house to raise the kids because it’s that casual, open living,” Mr. Bonetti says. “Everyone’s around that kitchen island. That’s where the party is.” 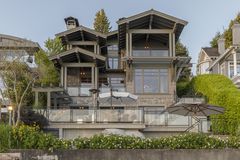 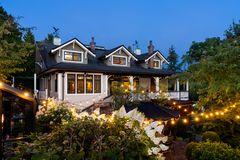 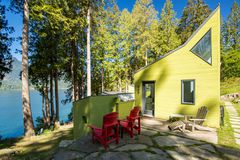 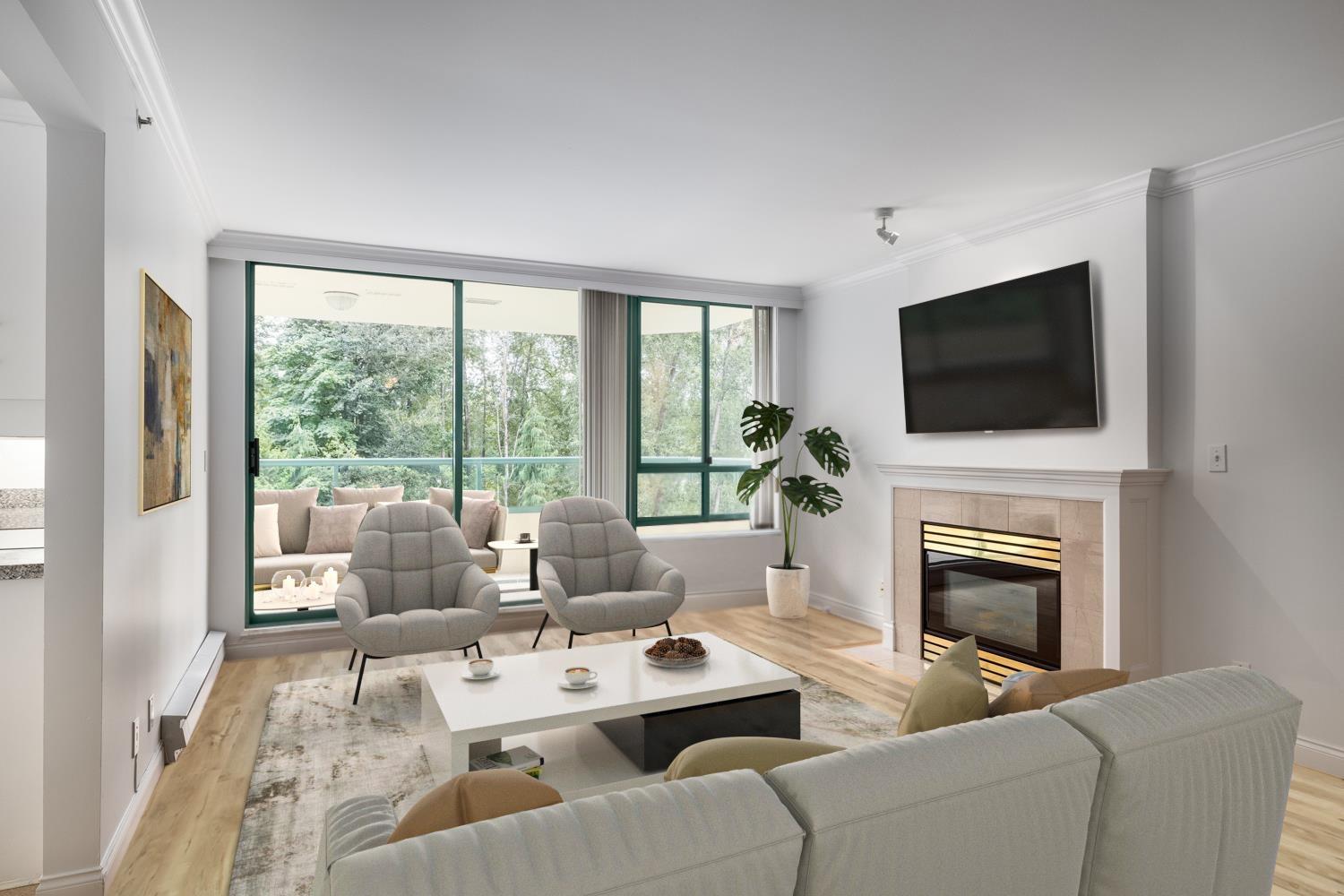 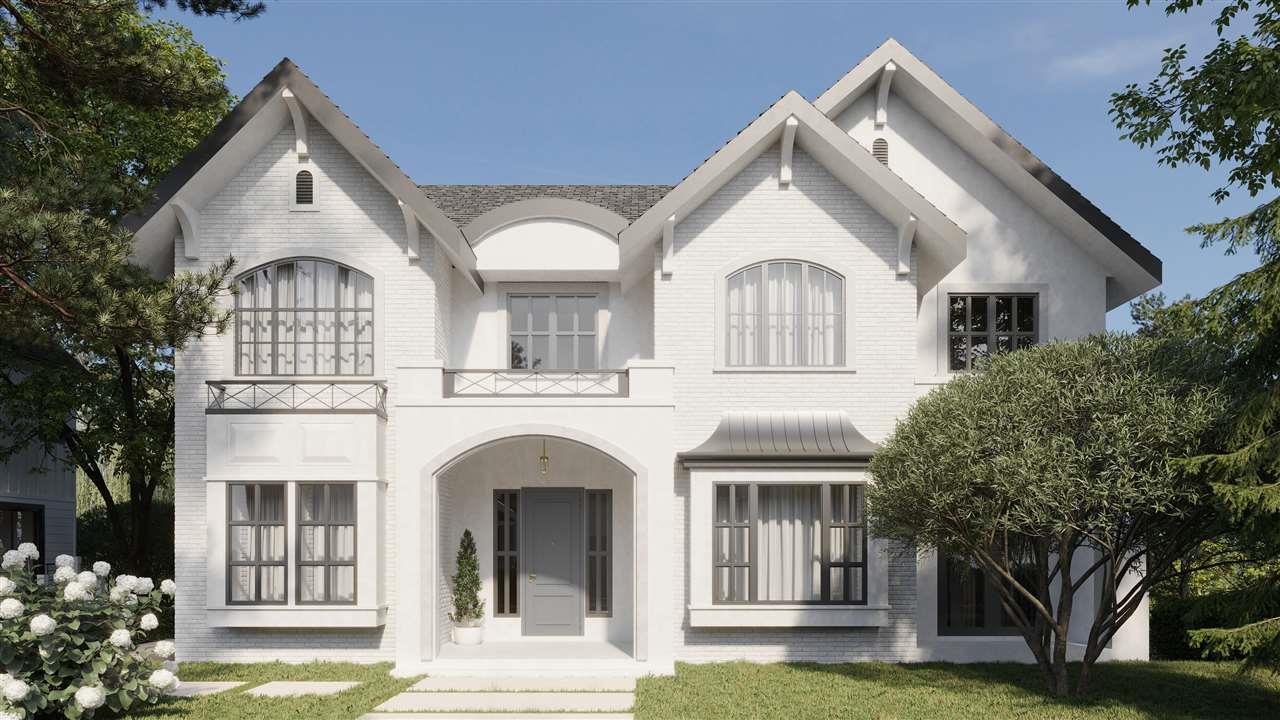 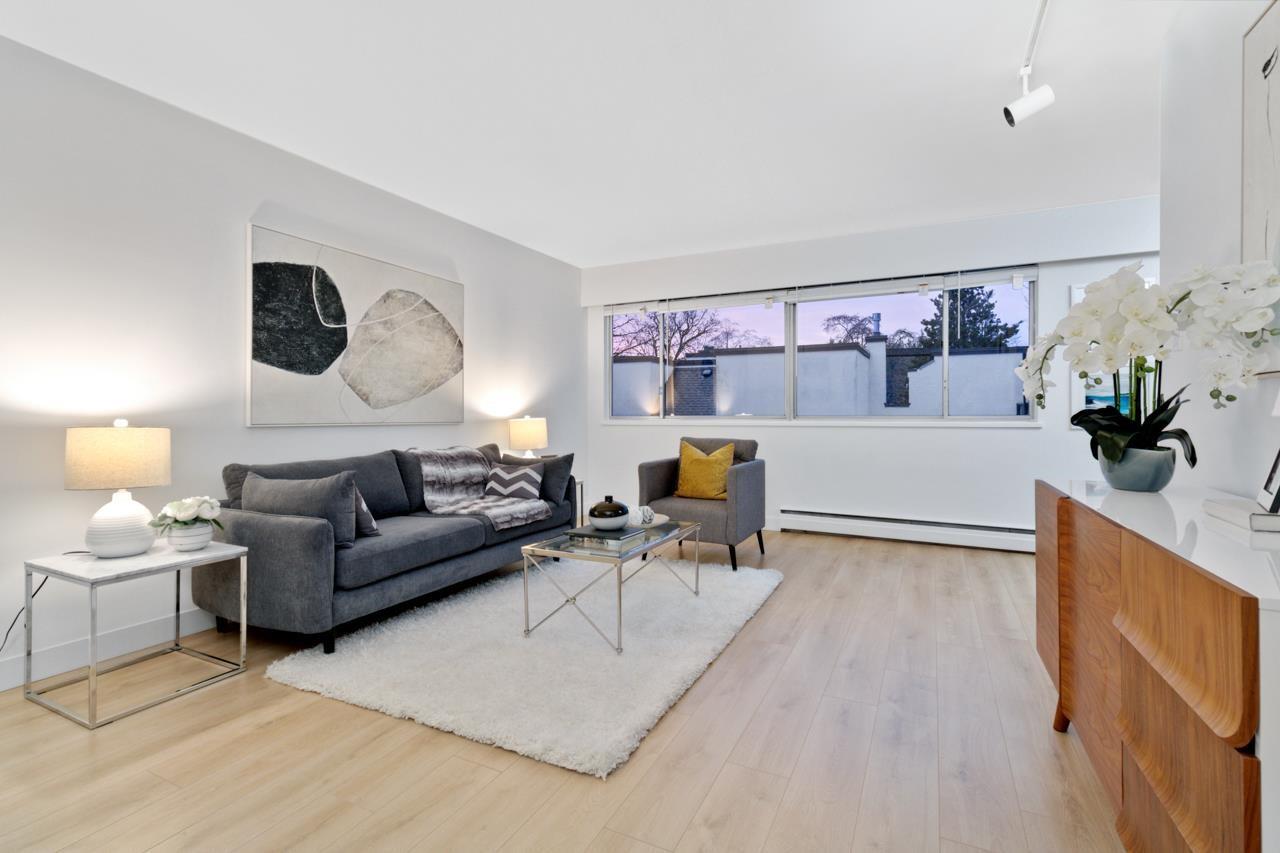 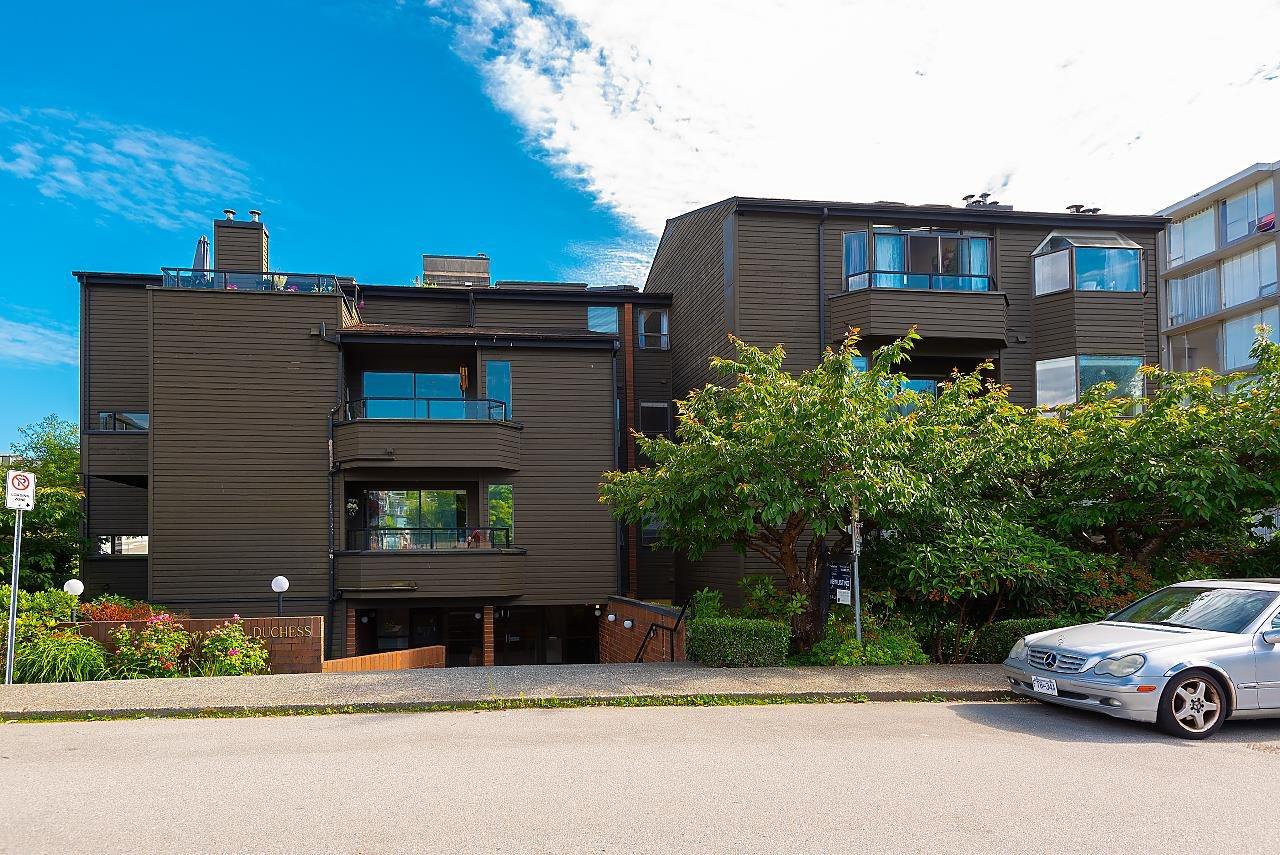 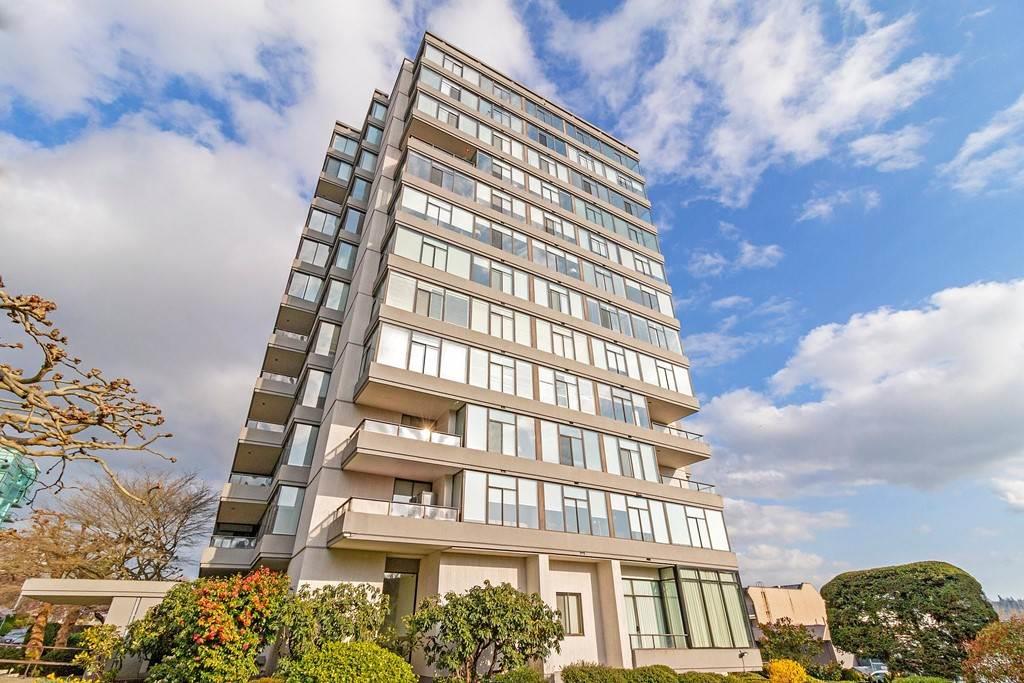 1988000.00
1201 1480 DUCHESS AVENUE, West Vancouver, British Columbia
Sutton Group-West Coast Realty
Bedrooms
2
Bathrooms
2
Building Type
Strata
Property Type
Single Family
A Rare opportunity to enjoy Penthouse living! The largest suite in this concrete building is gracefully positioned on the SW corner of the 12th floor. From sunrise to sunset, experience unobstructed 300 hundred degree breathtaking views from every room - stretching from Burnaby Mt. to Cypress Mt. Enjoy the elegant living room with a cozy wood burning fireplace. Separate Family room, large gourmet size Kitchen and ocean-view Bedrooms. Such expansive floorplans are a thing of the past. Beautifully manicured grounds surround you on this quiet street with ample parking. Located in the heart of Ambleside near every imaginable store, restaurant, gyms and the beach - all within walking distance. This is the first time on the market in over twenty six years! Your Dream Home Awaits! (id:31729)
Listing ID R2563558
Salesperson Timothy Turner
Brokerage Sutton Group-West Coast Realty
View on realtor.ca
Open this photo in gallery: 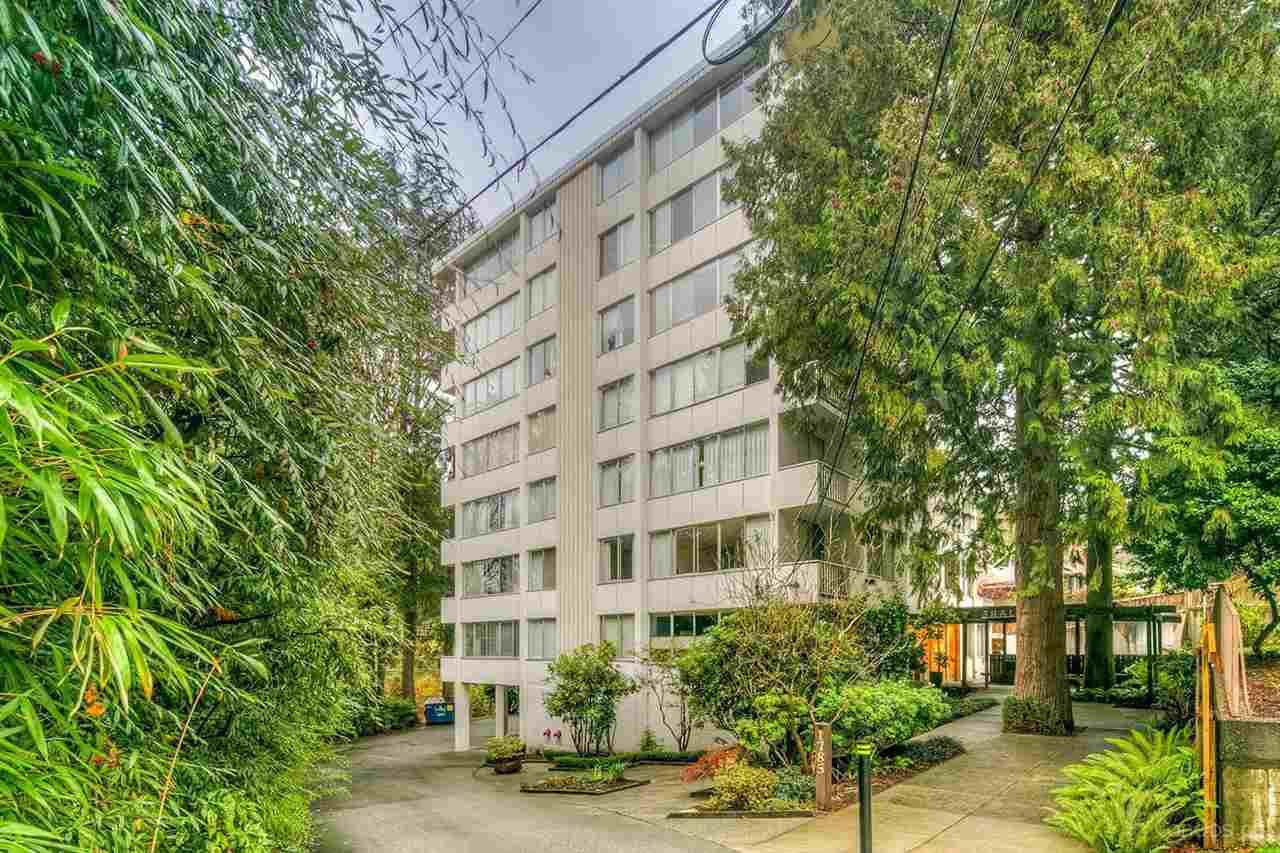 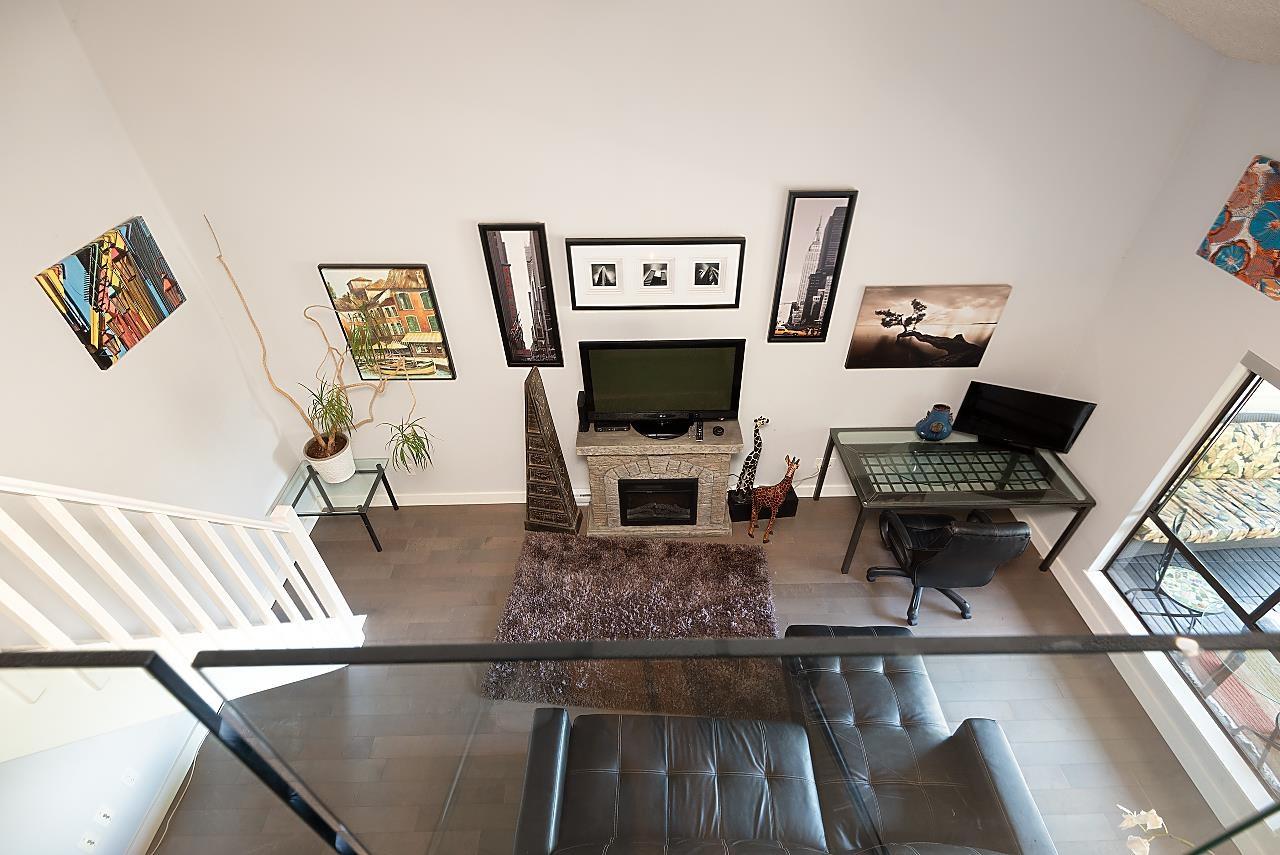 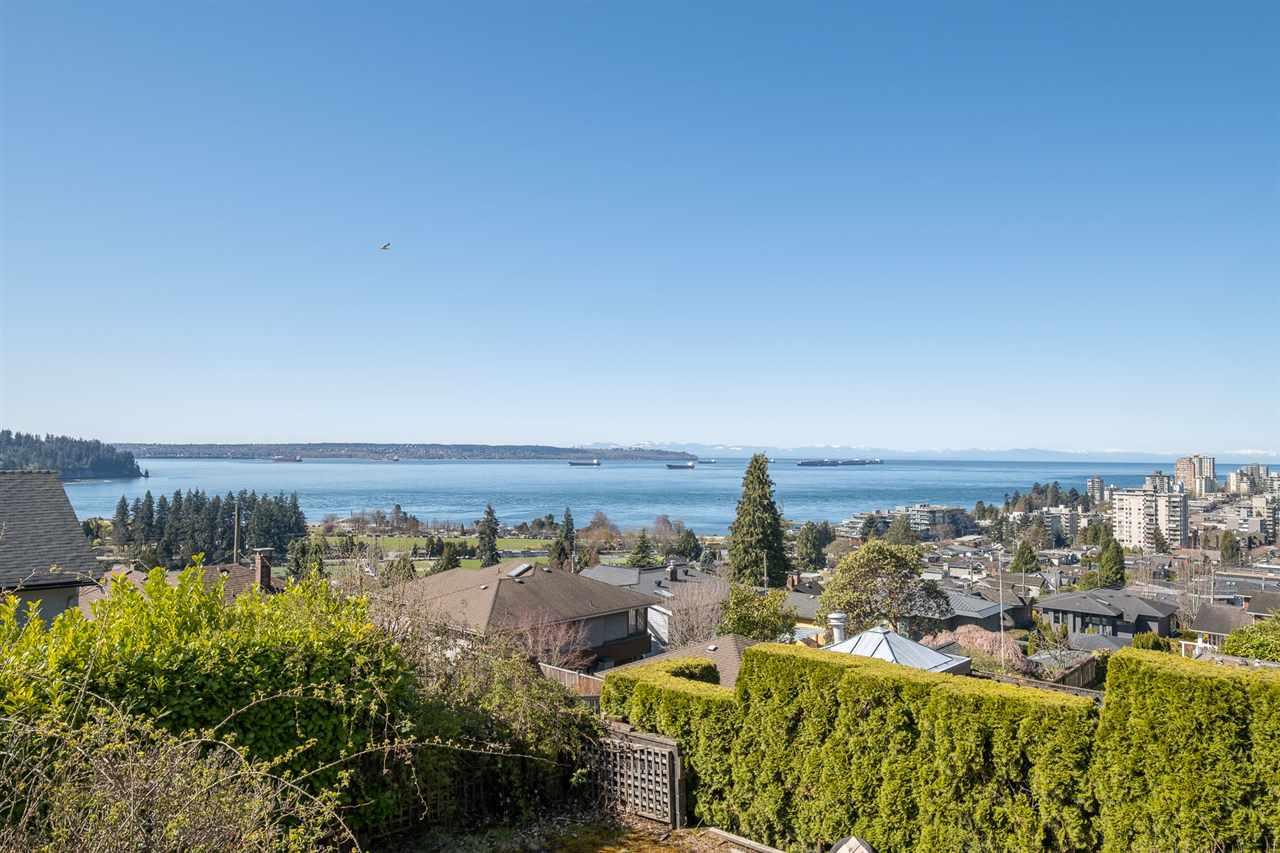 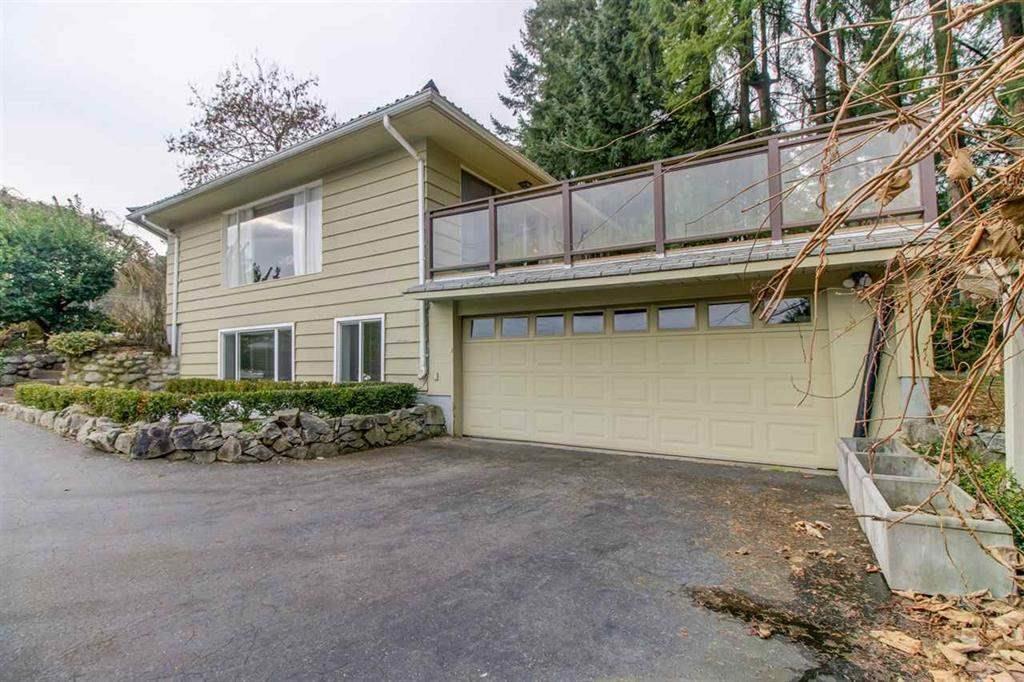