King-mong Chan, who was born in Hong Kong and came to Canada at the age of 1, says he has been discovering his roots through Vancouver’s historic Chinatown. But as encroaching new midrise condo developments threaten the culture and charm of the tiny neighbourhood – with a history that goes back to the 1880s – he’s wondering if there will be anything left of Chinese tradition once the condo developers are finished with it.

Mr. Chan is part of a coalition of young Chinese-Canadians that has formed in the last couple of years in reaction to the sweeping changes in Chinatown. Many see them as the voice of a movement to save Chinatown before it’s too late.

For some, Chinatown’s sudden infusion of condos is a case of, “Be careful what you wish for.” For others, it’s exactly what they feared would happen after new zoning allowed for taller buildings.

For more than a decade, Chinatown and the area around it had been suffering from a lack of vitality. The demographic had aged, businesses were hurting and, at night, the sidewalks were dead. Members of Chinatown’s business community wanted a solution, so the city held a series of public consultations and eventually rezoned the area to make way for buildings as high as 17 storeys along Main Street. The idea was that density, by way of condos, would revitalize the area and get shoppers into stores.

The plan had the support of Mayor Gregor Robertson, and it had significant pushback from Chinatown residents, including many seniors who felt they weren’t being heard. Former Downtown Eastside city planner Nathan Edelson, who at the time approved of the rezoning, also cautiously noted: “If the market is just left to its own devices, it will push people out.”

And, sure enough, the ensuing rush to develop has left many in the community feeling blindsided. Or, as Dr. Sun Yat-Sen Classical Chinese Gardens co-architect Joe Wai puts it: “It’s becoming the demolition of a historical district. 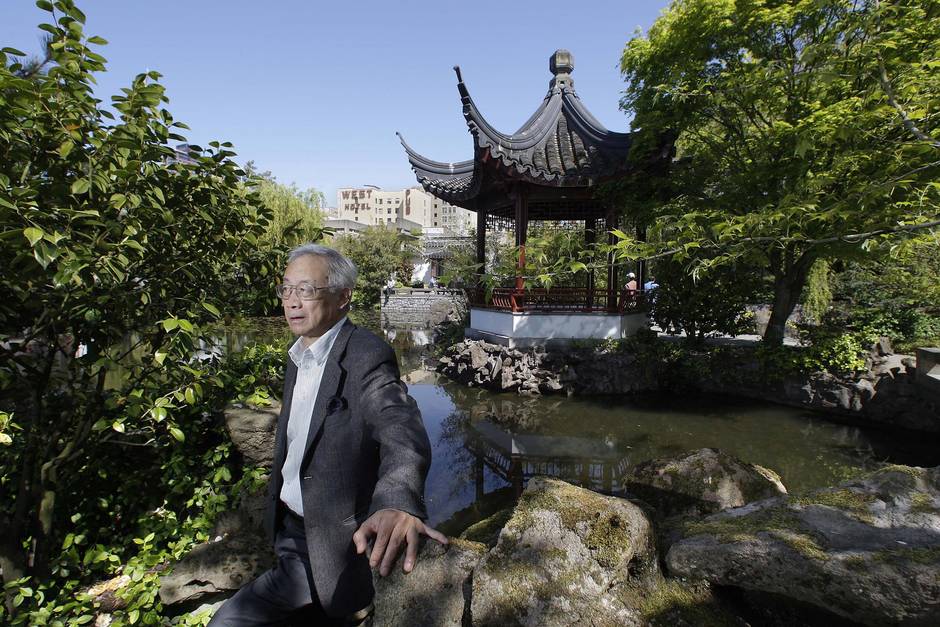 Architect Joe Y. Wai in the Dr. Sun-Yat Sen Gardens in Vancouver, BC, May 8, 2009. (Lyle Stafford for the Globe and Mail)

“What we are seeing is not even [like] Yaletown. Chinatown is being treated as a commodity, as opposed to community or history or character of the place. Where else do we get character places in Vancouver anymore? Gastown, Chinatown and funny old Commercial Drive – that’s where you feel there is a sense of place.”

Mr. Wai had initially approved of the relaxation on Chinatown building heights, but the trade-off was supposed to be significant community benefits, including social housing and historically sensitive building design.

“We can’t wish for the Chinatown of 1886 or 1947, when the Chinese got the vote, or even the 1960s, when it was booming. It’s different now, but different doesn’t mean you change the whole character.”

Not long after the city passed the new Chinatown plan, residents were startled by the quick development of three condo projects on Main Street. Wall Financial Corp. followed with the purchase of the block at 288 E. Hastings and, last year, evicted seven retailers that catered to the low-income community, including a barber who charged $8 for a haircut, a barbecued-meat store and a bakery. The butcher moved out of the area. Golden Wheat Bakery, a Chinatown institution, is scrambling to find a new retail space nearby.

Chinatown storefronts are 25 feet wide, but developers are assembling properties that will have much wider storefronts, and bigger rents, argues Mr. Wai. 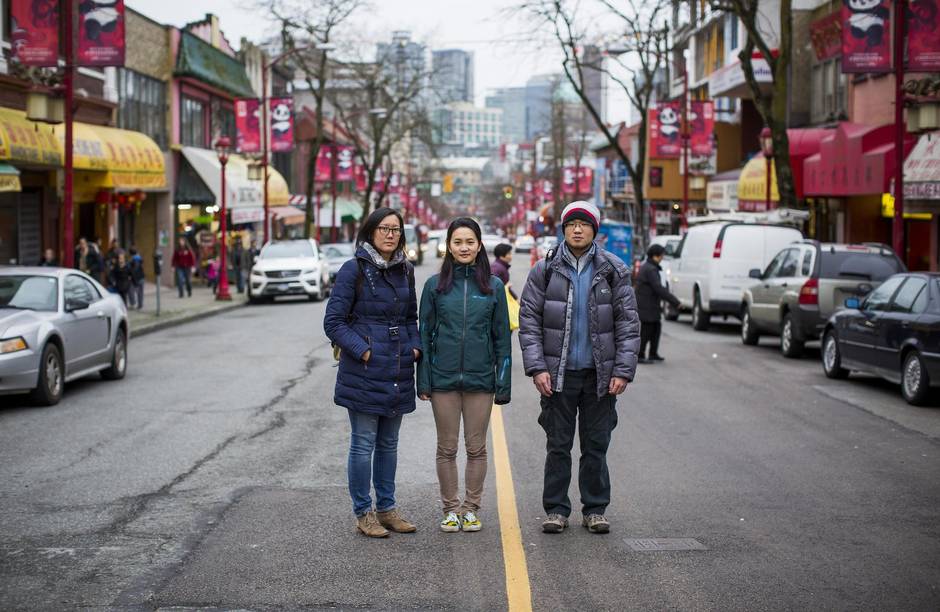 The developer has plans for a 12-storey tower with 68 market rental units, 104 social housing units and ground-floor retail. Most of the social housing units would measure an estimated 255 square feet and rent for $912 a month, as currently set by BC Housing Income Limits, according to the Carnegie Community Action Project website.

The Development Permit Board will decide on the application at a city hall meeting on Monday at 3 p.m.

Mr. Chan says he’ll be there.

“There was this belief that if we had wealthier residents in the area, it would make Chinatown thrive,” says Mr. Chan, seated in the Carnegie Community Centre at Hastings and Main, where he has an office. Mr. Chan, who has a degree in social work, grew up in Toronto and now lives in Richmond. Like other young Chinese-Canadians, he sees Chinatown as symbolic of the struggle that early Chinese immigrants endured, including discrimination, low wages and the vital role they played as labourers, including their work on the Canadian railroad. Chinatown had formed out of a shared history, language and culture, and its residents provided for each other, he says. The clan associations built cheap one-room accommodations for low-income residents, many of whom still pay around $300 a month.

Gentrification is already sweeping the area as a result of the rezoning. It seems as though a hip new upscale coffee shop or home furnishings shop is opening every other day. But low-income Chinese seniors aren’t interested in a $5 latte. 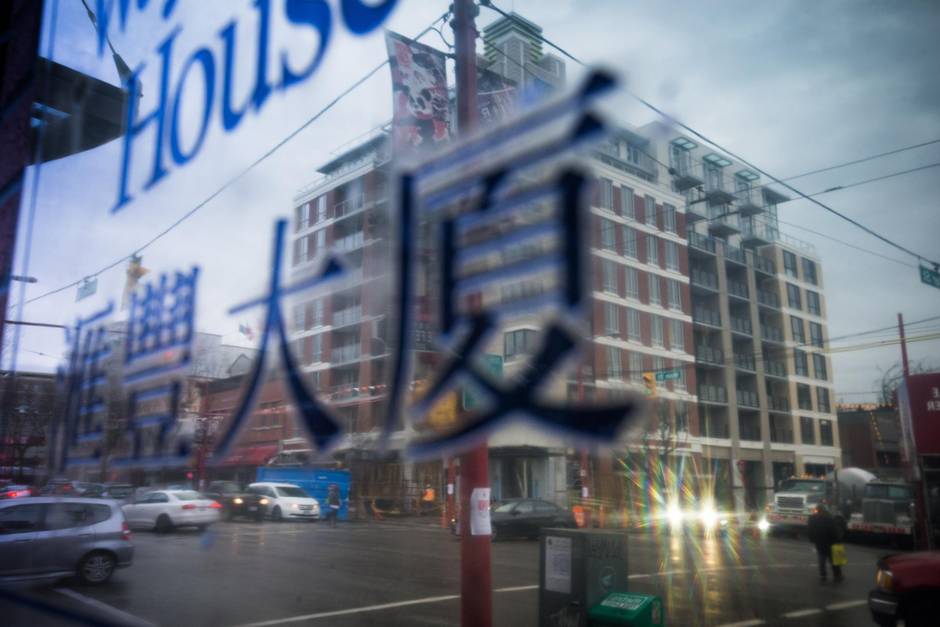 A new condo building under construction is reflected in a sign with Chinese characters in Chinatown in Vancouver, B.C., on Thursday January 15, 2015. (Darryl Dyck for the Globe and Mail)

“Some see it as a dignity issue, what’s happening in Chinatown,” says Mr. Chan. “By building midrise towers and changing the retail, it is almost an attack on Chinese people. There’s the need to defend Chinatown and to protect and honour how it came to be and, right now, it’s not honouring that.

“We need to move toward a Chinatown that is more equitable, and not just about money, which is the feeling among seniors in the town hall meetings that we hold regularly. For a lot of people, Chinatown is their roots.”

Last year, Mr. Chan’s group presented the city with a petition consisting of 1,400 signatures from people calling for a moratorium on development until the city adopted a policy to protect Chinatown and create more housing for seniors.

“What’s really frustrating is the city is saying it’s a done deal, so they won’t accept any other community plans,” says Chanel Ly, seated across from Mr. Chan. Ms. Ly is an outreach worker for seniors in Chinatown, and an organizer of another group, Youth for Chinese Seniors.

“But from what I remember, the local residents, the Chinese seniors, weren’t consulted.” 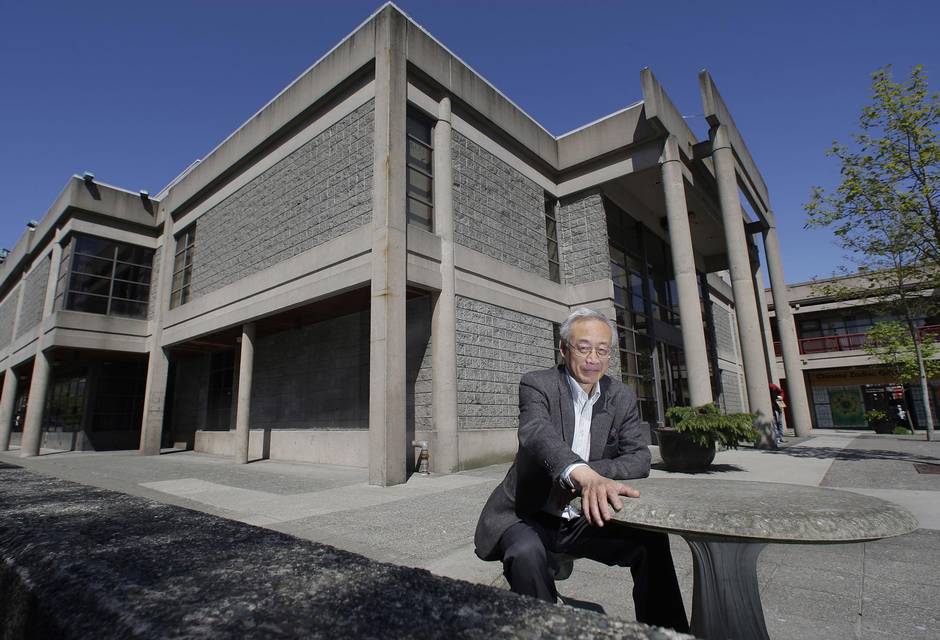 Architect Joe Y. Wai sits in front of the Chinese Cultural Center in Vancouver, BC, May 8, 2009. (Lyle Stafford for the Globe and Mail)

A major source of their concern in the last year has been the Beedie Group proposal at 105 Keefer, in the historical heart of Chinatown. The developer applied to rezone the site, currently a parking lot, to allow for a 13-storey residential development that will include 25 units of seniors’ housing. Opponents argue that a big residential project will dilute the character and importance of the street, which includes the Chinese Cultural Centre and a monument to Chinese war veterans. Last fall, former premier Mike Harcourt spoke publicly against the project, saying it would dwarf surrounding heritage.

“If you let this Beedie thing go, the scale of it, then other developers will offer ridiculous money to other [landowners] and do the same thing,” says Mr. Wai, a board member of the Building Community Society of Greater Vancouver. Mr. Harcourt is the chair.

“Before you know it, there’s no more Chinatown. I call what’s happening right now the Alamo – but we’re not going to get killed,” he adds, laughing. 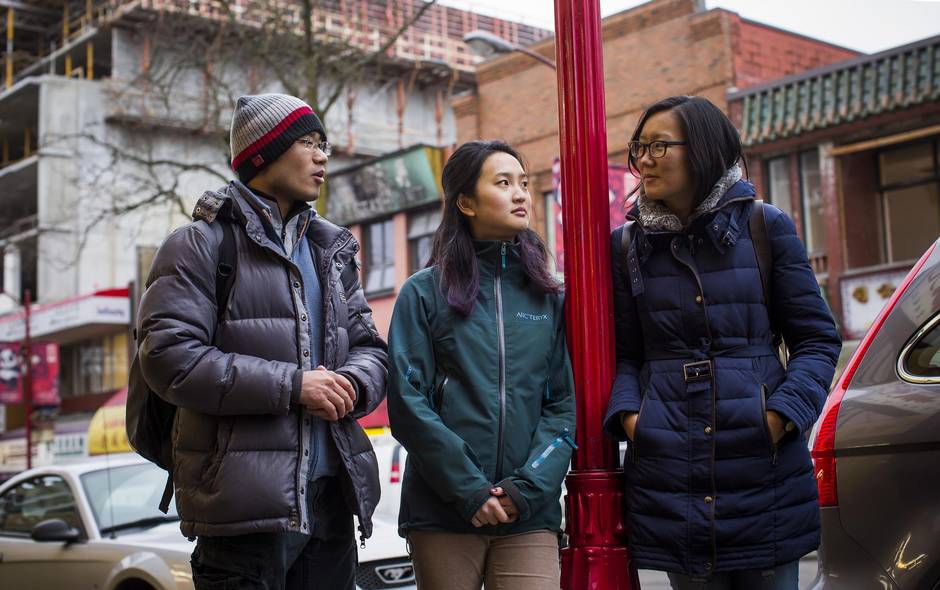 Ms. Ly, centre, says Chinatown's seniors are isolated by age and often a language barrier. (Ben Nelms for The Globe and Mail)

Everyone agrees that Chinatown’s survival comes down to the seniors. They are a vulnerable group, isolated by age and often a language barrier, says Ms. Ly.

“There are a lot of impoverished seniors. All are living on old-age security. Some have family and some don’t. Some have a lot of medical problems, and some live in self-contained units, and others are in single-room occupancies. Some are facing rent increases that they can’t afford.”

If they are pushed out, Chinatown will become little more than a Disneyfied version of its former self.

Doris Chow, along with her sister June, founded the Youth Collaborative for Chinatown as a step toward reintegrating seniors. They formed when the 17-year-old annual Chinatown night market shut down in 2014. The market had been a summertime gathering spot for seniors in the area, so the group formed a monthly, year-round mahjong social that’s proved popular with all ages and backgrounds.

“Seniors loved the night market. Without it, they’d be stuck in their rooms,” says Ms. Chow. “And we need to keep the seniors.”

And yet, Ms. Chow says they’ve only seen 22 new units of seniors’ housing arrive under the new Chinatown plan. 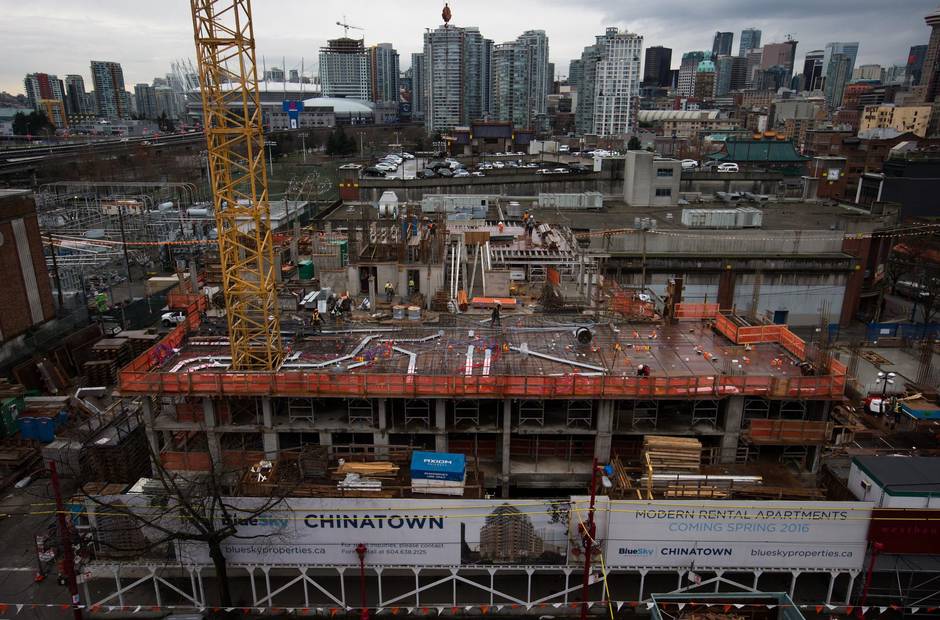 Condo construction in Vancouver's Chinatown. (Darryl Dyck for the Globe and Mail)

“We haven’t seen anything significant. We’re not getting money to restore the heritage buildings. All we’re getting is skateboard shops. It’s a lot of new business catering to a specific demographic.”

She questions why revitalization has taken the form of condos when Granville Island is a popular destination that thrives without condos.

“Chinatown is a living history … If we don’t preserve this historic neighbourhood, I don’t know what kind of legacy that is.”