First Shaughnessy, which is the oldest part of the former Canadian Pacific Railway lands, bordered by W. 16th, West Boulevard, Oak and King Edward, had lost many of its pre-1940 houses to redevelopment. The properties had become prized for their sizable lots instead of their craftsmanship and architecture as prices skyrocketed these last several years, fuelled by a wealthier demographic.

The Heritage Conservation Area (HCA) zoning – which uses Parks Canada guidelines to conserve historic places – would officially protect the remaining houses from demolition, including “demolition by neglect,” which is the intentional ruin of a house. The HCA was to be a rigorous plan, also prohibiting ill-fitting makeovers and additions the area has seen in recent years.

Throughout three public hearings, an angry group of homeowners, worried about potential loss of equity, fought against the HCA on the grounds that they would deserve compensation for potential loss of value. Several argued that their old houses were not worthy of protection from demolition. They also rejected the benefit of infill, which would allow them to add coach houses and secondary suites. Several said they preferred privacy to rental revenue. And an organized group threatened to sue if the zoning passed.

But many residents also applauded the move to protect the houses and, in a bold move for Vancouver, the city voted unanimously for the first heritage conservation area. On Jan. 19, in response to the lawsuit, a city report was presented to council that recommends scaling back on the rigorousness of the HCA. The city’s acting planning director Jane Pickering recommended that national guidelines be removed – guidelines that are considered the gold standard for heritage conservation.

As heritage consultant John Atkin puts it, “They’ve taken the teeth out of it. It’s interesting to me that they just proclaimed it, and a few people get their knickers in a knot and they do this.

“I understand their position and I think it’s very weak. I think it’s a situation where they are not willing to spend the political capital and stand up and do it properly and it will hurt us in the long run.

“We’re not talking about something radical or new; [the guidelines] are tried and true,” he adds. “They’re used everywhere. I think it’s a real blow, because the whole point of heritage is it has to be well done. If you don’t do it well, you end up with monstrosities. And then there’s nothing left for the future.”

The city’s reasoning for the amendment is that the guidelines are too complicated for the average person to understand. Mr. Campos argues that it would be up to architects and designers to interpret them, much the way builders interpret the building code. “We will still be looking at them, but the intention is we don’t expect the public to have to refer to them,” Ms. Pickering says.

“It’s trying to address some of the issues they’ve brought up in the lawsuit that we agree could benefit from some clarity. I think that’s what we’re trying to do. It will make things clearer for people. And, in my opinion, any time things are clearer, it’s a better situation for everyone.”

Four plaintiffs from the pre-1940s houses group have filed a lawsuit against the city for compensation, according to Jonathan Rubenstein, a First Shaughnessy resident who owns one of the pre-1940 houses. Mr. Rubenstein argues that the city didn’t do due diligence in choosing which houses belong in the conservation area. He also argues that homeowners should be compensated for loss of value because their houses will be more difficult to sell. As well, he says homeowners will be burdened with having to do costly repairs that they can’t always afford. He has no plans in the near future to sell his house; he is against the bylaw on principle. 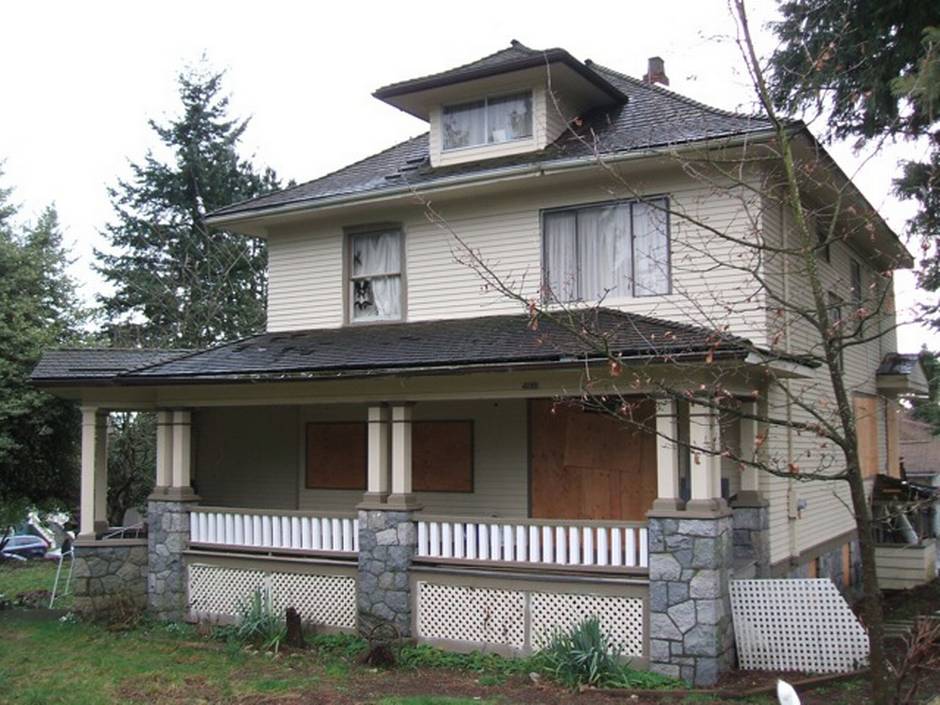 The 1912 Morissette farmhouse was zoned for development in 1998 – but has sat empty since. (Caroline Adderson)

“What the city is doing is they are implying they have the power to do a bulk designation without compensating. Honestly, if they are going to do that, don’t you think they should take steps to do it with properties they have properly assessed as heritage properties? All they did was pick 1940 out of the air. If they deem my house worthy of conservation, that’s for the benefit of the public at large. If it deprives me of value, then surely the public should pay to conserve it for the public good. If [the government] wants to take a piece of my property for road, they pay me for it.”

Heritage experts find it surprising that the lawsuit would appear to be having a chilling effect on the city, since the city is widely considered to be on solid legal footing. Bill Buholzer, a lawyer with expertise in municipal law, says there is no legal argument to be made for compensation when the city rezones property. “I know there is now a claim by some owners against the city in relation to the HCA, and, frankly, I don’t know on what basis they could bring such a claim because the Vancouver charter says specifically the city doesn’t have to compensate anybody for exercise of their heritage-zoning powers. I think that claim, to me, would be a non-starter.”

Ms. Pickering said the petition from the residents is about more than just compensation, although that’s the big issue. “They have a lot of stuff they are contesting,” she said. “These are small things that we are spending some time on. I can’t comment on the lawsuit in particular, but as with any [lawsuit], they take time.

“It’s our first time having gone through this. We’re learning too.” 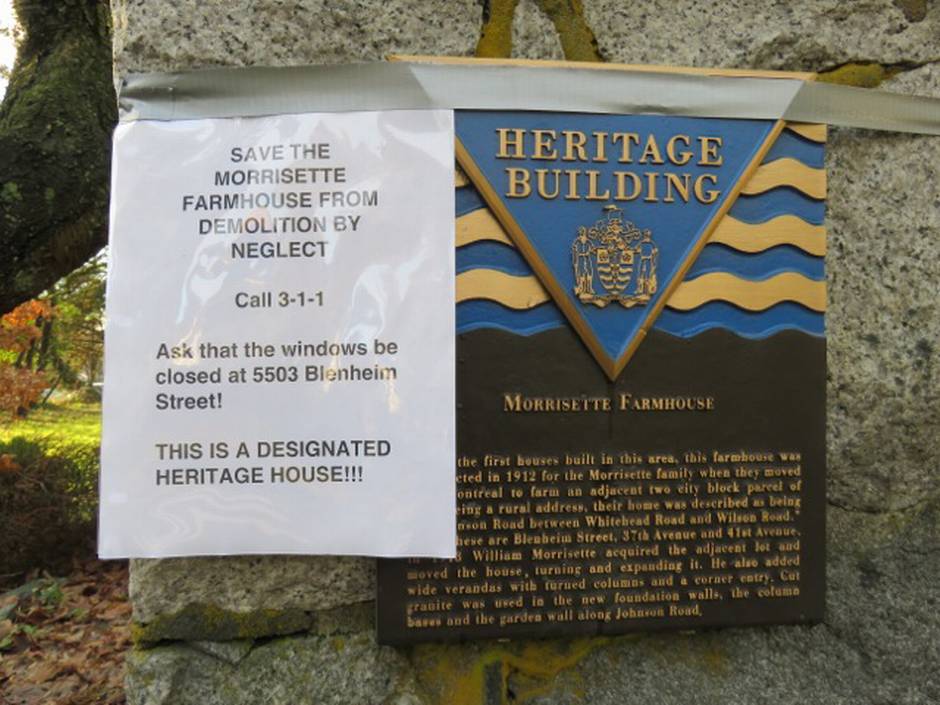 The consensus among heritage experts is that the lawsuit doesn’t stand a chance.

“I think the city is within its rights,” Mr. Atkin says. “There are people who are angry because there is a frenzy there in terms of buying property to knock down and build a palace. So it’s lucrative for a whole bunch of people. But at the same time, it’s been pointed out, the city gets to do this stuff when it wants to.

“We’re loathe to interject because of property rights and that nonsense. It makes it really hard. We have so little real and authentic heritage conservation in this city.” 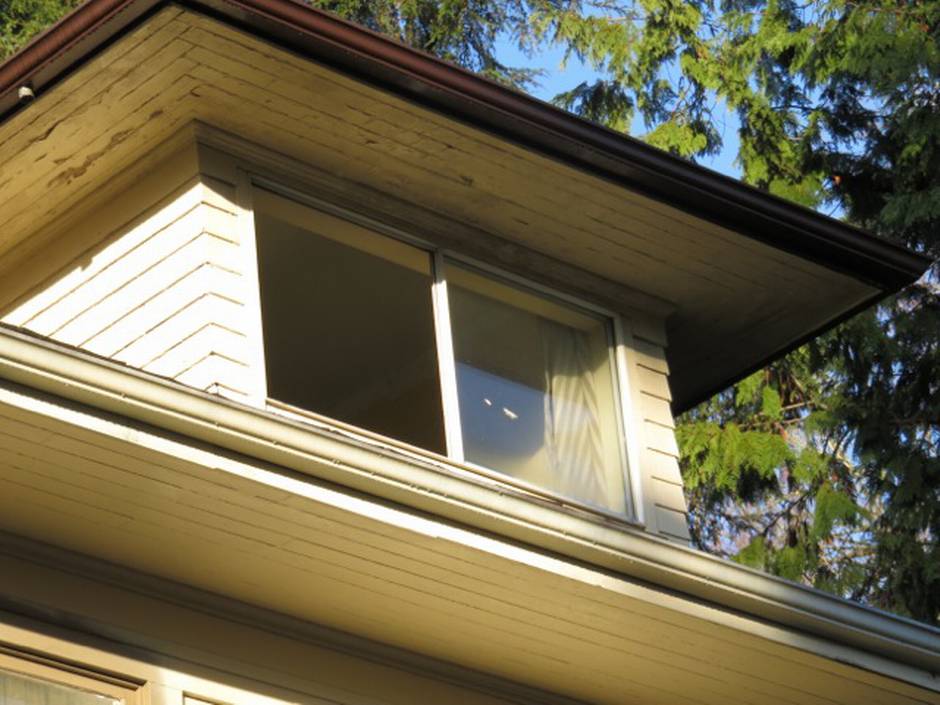 If we are going to protect our historical buildings, there’s a reason stringent laws are needed, as well as the enforcement of them. Without them, history can fall through the cracks. There is an example of heritage protection not working in Kerrisdale, where the Morissette farmhouse at 5503 Blenheim St. sits empty and boarded up. In 1998, it was subdivided into two lots and the house was zoned for three units; however, development never happened. The 1912 house was designated heritage, which means it can’t be torn down. But because there is no law protecting it from “demolition by neglect,” it has sat empty and unheated for several years. Someone had left its windows open for several months, and they were only recently closed.

The house, now owned by a numbered company, has been for sale for about five months at an asking price of $4.5-million. Real estate agent Steve Wadhera says they received several offers last year that weren’t accepted. He hasn’t had any offers this year. Big new houses surround the old Morissette house.

“You can renovate this property and that’s about it,” he said. 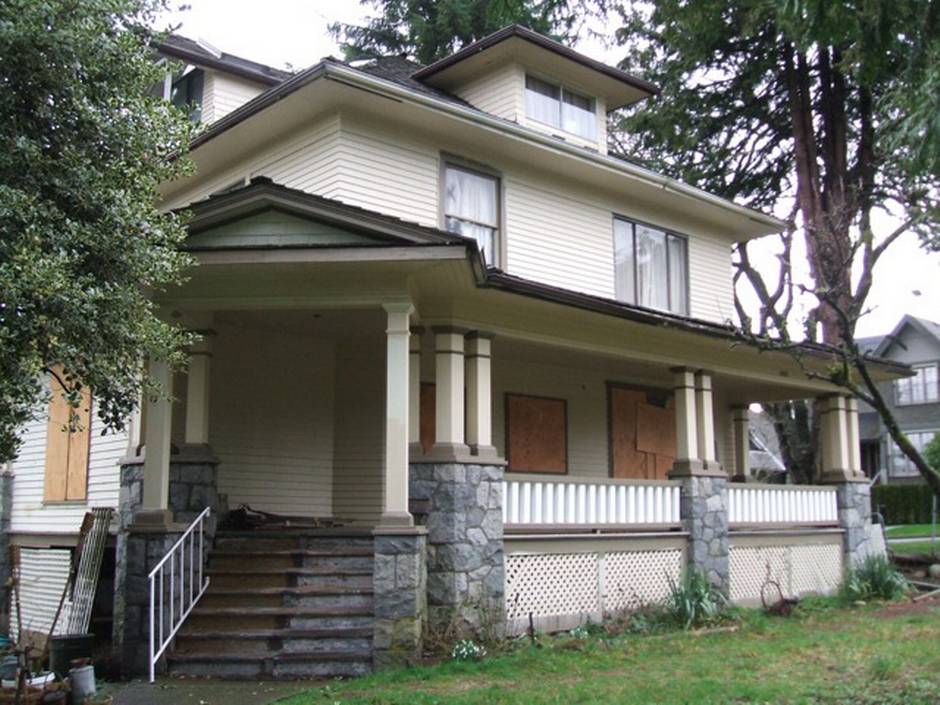 Neighbour and Vancouver Vanishes author Caroline Adderson petitioned the city for several weeks to have someone close the windows on the historic house. She and other neighbours who called the city were initially told the city had no legal recourse to protect the empty house. But Ms. Adderson searched the Vancouver Charter and found a clause that said it was an offence to “take an action that would damage an interior feature” of a protected building. “There was just complete confusion around what the city had to do in this situation,” she says. “I had to read the Vancouver Charter and find the clause that would force the city to close the windows.”

Mr. Wadhera said he had no knowledge about the windows being left open. “The city closed them. I wasn’t involved.”

As Mr. Campos says: “It’s time we grow up and start to take these things seriously.”