Rob Adamson typifies many average-income-earning homeowners who have cashed out of the Lower Mainland at an early age.

They are part of the drive behind a spike in sales for Victoria-area housing. The Greater Victoria market has seen a an overall increase of 21.7 per cent in detached-house sales in December, 2015, compared to December, 2014, according to the Victoria Real Estate Board. That statistic includes all 13 municipalities, such as Oak Bay, Saanich, Sidney, Langford and Sooke.

Mr. Adamson, a lifelong Vancouverite, says he always considered living in Victoria one day, but not at the age of 42.

“We thought we would semi-retire here, but it ended up several years earlier than anticipated. But here, we get the intangibles. It’s about not taking a one-hour commute. I can drive 20 minutes in either direction and I’m a world away. It’s spectacular. There’s nothing like it. We went to the beach for Christmas. You can’t put a price on it. It’s that time I spent with my family that I was missing. One accident on that stupid Highway 1, and my day was over.”

Struggling to pay the bills and racking up substantial debt, Mr. Adamson and his wife decided they had no choice but to sell off their Maple Ridge home last August and relocate to the Victoria region, where they could afford a 15,000-sq.-ft. property. He says it has not been a seamless transition, but it’s been worth it now that their mortgage payments are cut in half, at $850 a month. Mr. Adamson, who was working in construction, had grown up on the west side of Vancouver, where his parents still live. 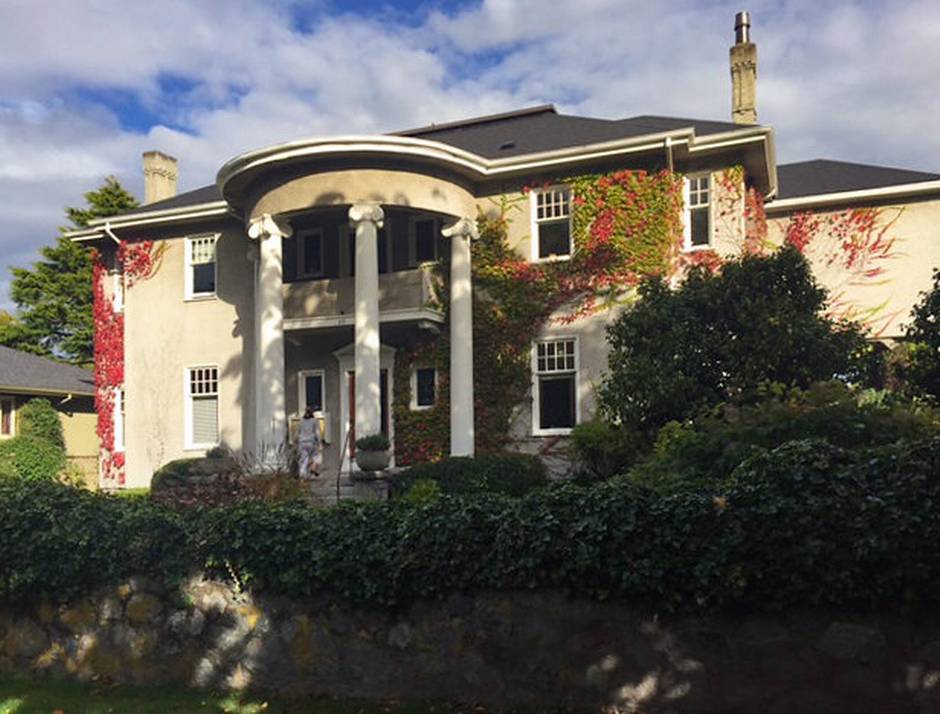 Like a lot of young families, he and his wife bought a starter townhouse in Coquitlam for $290,000, in 2001. Five years later, they sold it for $540,000 and traded up to a big house in Port Coquitlam. They poured money into fixing up that house, but decided they didn’t like the neighbourhood. Once their daughter came along, they moved into a better house in Maple Ridge, almost taking a loss on their Port Coquitlam house in order to make the move.

Everything was going well until his work hours were scaled back.

“If you have a good-paying job, you’re fine, but for somebody like us, we have always been wage based. We found that once our work started to take a dip, that was all it took – that’s how sensitive we were to our mortgage. We just couldn’t afford it anymore. We were basically using lines of credit, credit cards, and we had to dip into personal money. We were drowning in debt.”

But Mr. Adamson has found a job in landscaping and his daughter is enrolled in a good school.

“People are figuring it out,” he says of the other young families he has met. 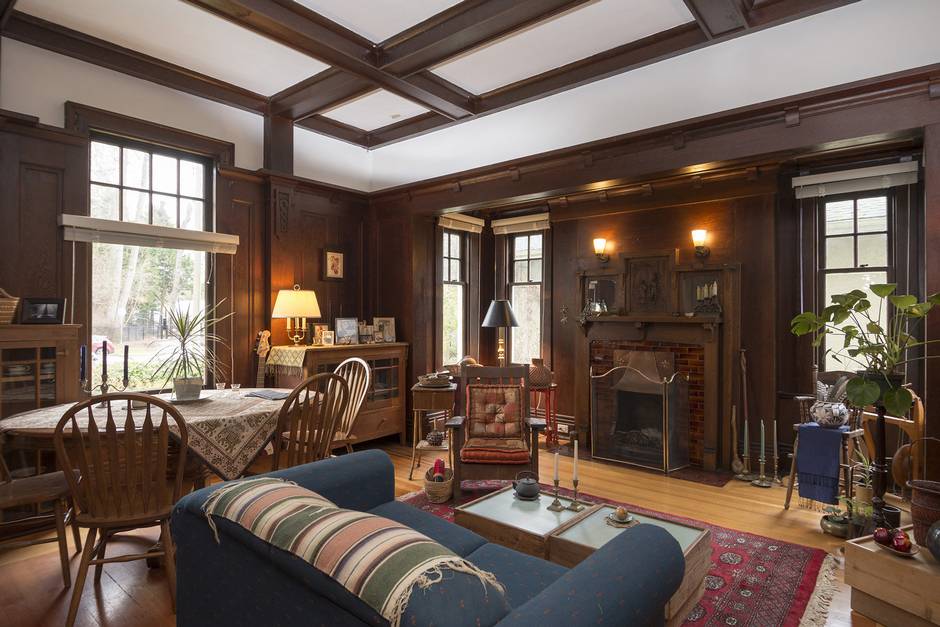 “Young families can move into these cool old Victorian kind of homes and afford to sink money into them that you could never afford in Kitsilano,” he says.

Wendy Moreton, president of the Victoria Real Estate Board, says the detached-house market has typically gone in a cycle where prices rise for three to seven years and then plateau before rising again.

“We are seeing in-migration and people cashing in from Vancouver and going across the pond to Victoria,” Ms. Moreton says. “And Albertans are coming in for jobs, construction, things like that. And there is a very vibrant tech industry in Victoria. We have daily flights between Silicon Valley and Victoria because of that.

“I know people who’ve lived here all their lives and they look at prices and say, ‘Wow.’ It’s a huge change. But relative to other parts of the world, it’s still affordable.”

To a Vancouverite, Victoria feels like stepping back in time, when the property market operated at a consistent and reasonably normal pace, and community – not development – took top priority.

Victoria has what Vancouver is now missing: houses that are affordable to the middle-class buyer, little traffic, and a lot of tasteful housing stock, including some of the best heritage housing in the country. It also has lower wages, a slow pace of life and a ferry ride if you need to get to the Lower Mainland – all of which can be off putting to some people.

Those negatives did not, however, put off one of the world’s largest real estate firms, Engel & Volkers.

When the German luxury real estate company moved into Canada, they started with a franchise in Victoria, followed by Calgary and then Vancouver late last year.

“They only go into key cities, only in markets that are active and destination markets,” franchise co-owner Scott Piercy says.

“Absolutely, we’re seeing a huge number of Vancouver. They are selling property and then banking pretty good money and coming here. For them, it’s the perfect storm.”

The problem with the market is finding a suitable property with such low inventory – another factor that’s driving Victoria prices. As a result, there are bidding wars on desirable properties, especially in the core downtown.

The degree of foreign buying is up for debate. Ms. Moreton says it’s still low according to industry surveys. But Mr. Piercy says he’s seeing it in the high end, including Americans and Chinese buyers taking advantage of the weak dollar. 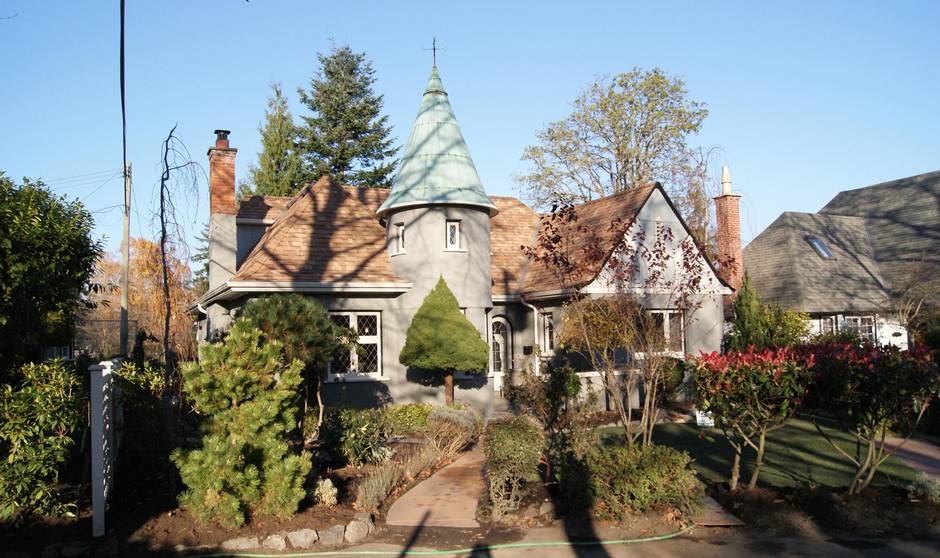 “The Vancouver market is being pushed by influx of Chinese buyers, and we’re seeing them here too, without a doubt. It started two years ago slowly and now it’s a much more robust market for Chinese buyers,” Mr. Piercy says.

Another major draw is Victoria’s vast stock of heritage houses. The city fiercely protects the same pre-1940s era of housing that Vancouver is steadfastly tearing down. 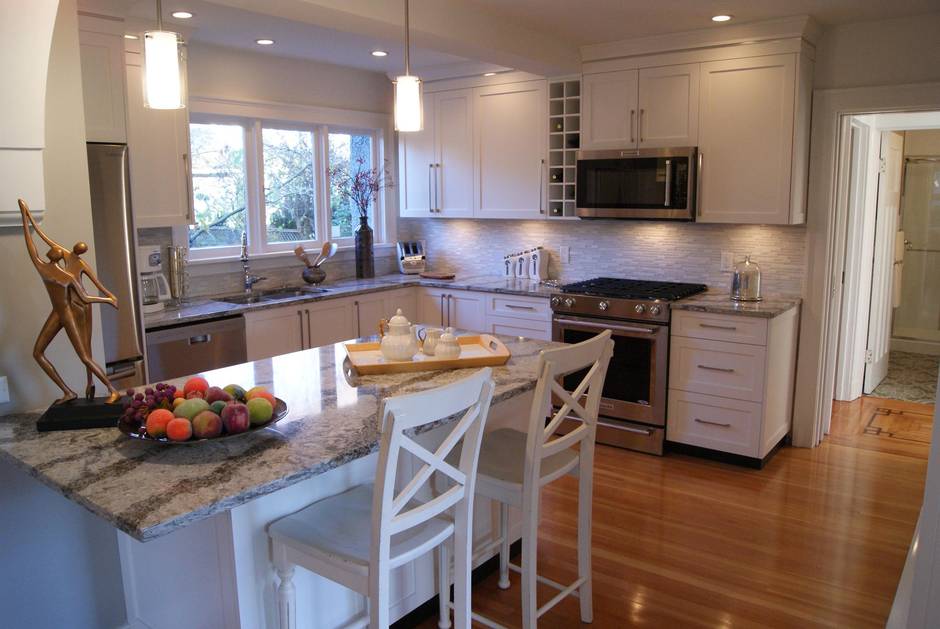 Last December, I visited a unique five-house project by Citta Group developer, called Patio Court, on San Carlos Place in Oak Bay. The heritage revitalization project features an ensemble of five storybook houses constructed in 1927 and grouped together on a cul-de-sac. They were built by architects Karl Branwhite Spurgin and John Graham Johnson for $22,000, and were made out of the finest building materials, with fir floors, rough-cast stucco, arched windows and leaded glass windows. A couple of the houses have turrets. Builder Citta Group brought them up to modern-day standards without altering the original character. The windows are still the original single-pane, with leaded glass.

“There are very strict guidelines for the new owners, and they have to adhere to a document that’s created to protect the integrity of the houses,” real estate agent Mark Lawless says. “They have to keep logs of the work that’s been done, and the ongoing upkeep that has to be done.” 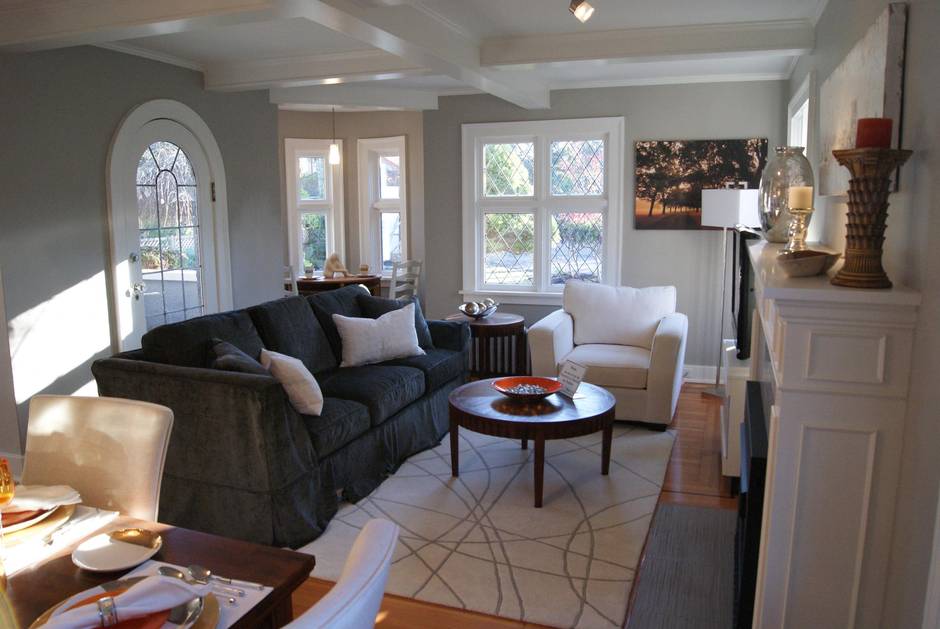 The living room of a Patio Court home. (Citta Group)

The extra work of owning a historically important house did not turn anyone off. Two of the houses came onto the market last fall for around $1.1-million. Response was so instant that Mr. Lawless didn’t have to list the other houses on the Multiple Listing Service. He’s had offers on them all – two from Vancouver buyers, one from an Albertan and two from Victoria buyers.

“If we analyze the market as a whole, the majority is driven from our own Victoria market. I think it’s the higher price point properties you are seeing those buyers from Vancouver and Alberta.”

Victoria also has a type of housing product that is non-existent in most parts of Vancouver – the big mansion that’s been carved up into suites for rental or strata ownership. It was the city’s way of preserving the big old houses, by making them relevant to the modern-day homeowner. At 59 Cook St., a six-suite house designed by Thomas Hooper – the same architect who designed Vancouver’s Hycroft Mansion – is for sale for $1.79-million. The lot has received approval from the city to be subdivided for another house to the rear. Adding infill to large properties is another popular method of protecting the city’s heritage stock. 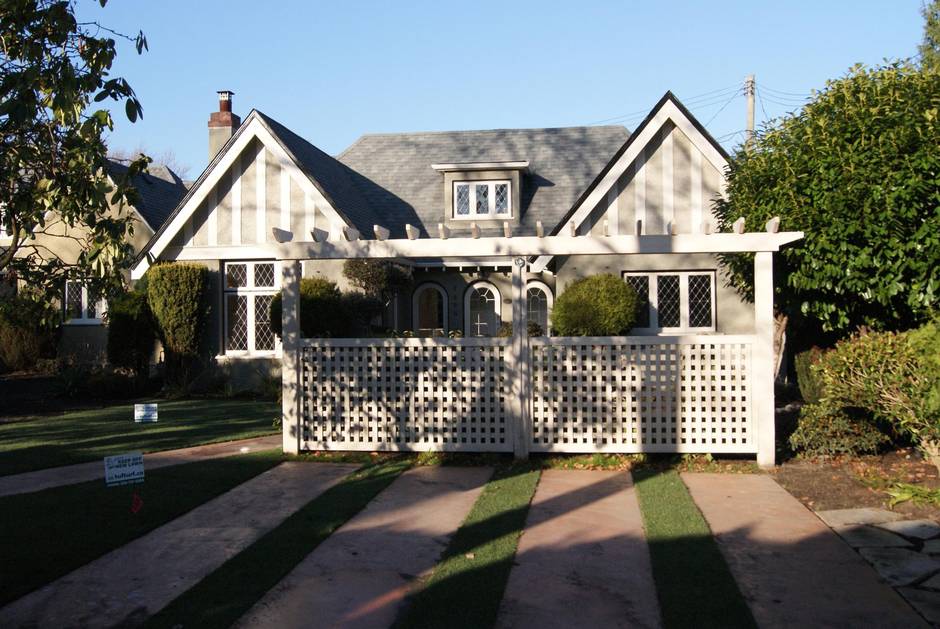 Despite the spike in sales, nobody seems worried that Victoria will turn into crazy, development-obsessed Vancouver.

“It doesn’t worry me, I have my house,” Mr. Piercy says. “And in my business I can’t really complain about that, anyway. I’d be shooting myself in the foot.”