It is a little-known fact that the typical hospital operating room is a major greenhouse gas emitter. The mostly unwitting masked environmental "villains" are the highly trained anesthesiologists who dispense a unique blend of volatile gases designed to render patients unconscious for surgery.

Anesthetic gas poses two problems, however. The gas mix is difficult to deliver effectively so most of the gas is wasted and ends up in the atmosphere. Typically only about 5 per cent is absorbed by patients. As well, anesthetic gas, described as "stable and very aggressive," acts as a greenhouse gas on steroids, 3,766 times more powerful as a heat-trapping gas than is carbon dioxide.

This very real problem motivated anesthesiologists at Toronto's Sunnybrook Health Sciences Centre to seek out a technological fix. They found it in Blue-Zone Technologies Ltd.'s "Deltasorb" canister system, which captures the unused anesthetic before it is released into the environment.

In the five-year period up to September of 2009 that the gas-grabbing system has been installed in its 21 operating rooms, Sunnybrook estimates that it has prevented 634 tonnes of CO2 equivalent - about the same amount of gases coughed out by 205 fuel-efficient cars over a one-year period - from entering the atmosphere. Blue-Zone's is a made-in-Canada solution.

The company regularly collects "used" gases at its plant in Concord, Ont.

There, it extracts and liquefies them. The liquefied product is then used as a raw material to produce new anesthetics.

"We're reducing our environmental impact," said Beverley Townsend, Sunnybrook's manager of environmental sustainability. While it is a pioneer when it comes to the recycling of nasty greenhouse gases, the hospital is not prepared to stop there. It just installed a 100-kilowatt photovoltaic solar power system with a larger 370-KW system coming this year.

While few of us think about sustainability when ordering fish for dinner - Chilean sea bass anyone? - it is a question that gets more and more attention at food-service giant Compass Group Canada.

Based in Mississauga, Ont., Canada's largest food-service provider to institutional clients with revenue of approximately $1.25-billion last year decided to put its buying power to use a couple of years ago when it began its sustainable purchasing program.

It turns out that food-service companies like Compass have plenty of environmental muscle when it comes to seafood. While consumers may think of shiny fish laid out on beds of ice at the supermarket when the subject of seafood comes to mind, more than two-thirds of seafood is purchased by restaurants and food-service outfits.

Nearly two years ago, Compass became the first national food-service outfit to create a sustainable seafood policy, partnering with the Vancouver Aquarium's Ocean Wise conservation program. With the B.C. group's guidance, Compass committed to eliminate an unsustainable species from its order board every six months.

"We had the opportunity and responsibility to bring some change to the state of the global fishery and the health of the ocean because we buy a lot of fish," said Laurie Brager, Compass Canada's director of sustainability.

Its first change was its biggest when it came to sustainability. Compass stopped ordering Atlantic cod, deemed unsustainable by Ocean Wise, which at 200,000 pounds a year, represented the company's single-largest seafood category. The cod was replaced with sustainable ocean whitefish varieties. Six months later it removed about 45,000 pounds of farmed Atlantic salmon annually from its menus, replacing it with Wild Pacific salmon. This year, the company has also stopped buying and distributing two other under-pressure fish species: snapper and orange roughy.

Canadians are world-class loyalty rewards collectors, racking up points for flights, travel and everyday purchases. But all that purchasing activity carries with it an environmental price, most visible in the form of airline exhaust vapour trails and car exhaust.

Giving consumers a way to offset the carbon emissions of everyday life prompted loyalty company Aeroplan to introduce its "Green It Up" program. Launched at the end of 2007, the program allows point collectors to offset their carbon footprint from a flight, a car rental or everyday activities by transferring their reward points to the company's third-party carbon offset provider, Offsetters.

"The Aeroplan Canada program essentially allows members to offset their flights, and their car rentals, or if they just wish to offset their everyday emissions they can just go online and purchase offsets without necessarily booking flights," said Michele Meier, Group Aeroplan's general manager of corporate affairs.

To date, Aeroplan members have redeemed more than 30 million miles to purchase carbon offsets, the equivalent of 13,000 tonnes of greenhouse gas emissions, which the loyalty company considers a modest first step. In addition, Aeroplan matches 20 per cent of members' carbon offset donations.

"When we launched the program, that was very important to us because first of all, we didn't want to make any money with the program, and, as a corporation, even though we already offset 100 per cent of our footprint, we contribute a little bit more," said Ms. Meier.

Offsetters, Aeroplan's offset partner and official carbon offsetter of the Vancouver Olympic Games, utilizes member donations to invest in renewable energy and energy efficiency projects in Canada and internationally "that would not have taken place without our involvement," the Vancouver-based company said.

"We are not pretending to be experts, so what we do is we send funds to an expert who knows exactly what to do," said Ms. Meier. 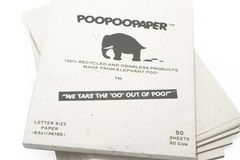 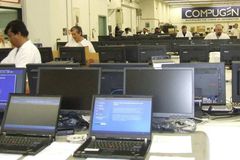 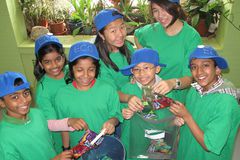 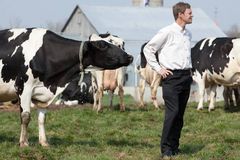 Eco-labels 101: what to look for
April 19, 2010
Follow us on Twitter @globebusiness Opens in a new window
Report an error
Due to technical reasons, we have temporarily removed commenting from our articles. We hope to have this fixed soon. Thank you for your patience. If you are looking to give feedback on our new site, please send it along to feedback@globeandmail.com. If you want to write a letter to the editor, please forward to letters@globeandmail.com.
Comments