As a girl growing up with limited means, Krystal Abotossaway's aspirations were simple: to have a better life.

"My biggest dream was to go to postsecondary school. And afterwards, to have a great career," says Ms. Abotossaway, who is Ojibway, her father from Aundeck Omni-Kanging First Nation and her mother from Chippewas of Rama First Nation.

She became one of the first in her family to go to university, graduating from York University in 2013 with a degree in human resources management. The 23-year-old is now a talent sourcing specialist for Royal Bank of Canada, focusing on recruiting young aboriginal workers for the bank.

Her dream now? "My goal is to become senior in the private sector so that all industries are represented, and there are aboriginal people at the table, at the boards, and at those decision-making places. I think that's where I see myself."

Ms. Abotossaway is one of a growing number of aboriginal women who are transforming Canada's labour market, outperforming other groups in recent years and narrowing the gap in employment and participation rates along with wage growth.

Aboriginal women are "leading the way in labour markets," according to a recent Toronto-Dominion Bank paper that finds they have seen the "largest bounce back" in employment since the 2008-2009 recession, compared with aboriginal men and the non-aboriginal population.

They're also participating more in the labour market. The participation rate among aboriginal women rose by 1.2 percentage points between 2007 and last year – in contrast to declines among aboriginal men and the non-aboriginal population. (The study looked only at off-reserve trends due to limitations of on-reserve data. It says the off-reserve population accounts for nearly 70 per cent of the total).

What's more, many are landing good jobs. Employment growth has been "particularly high" in knowledge-based sectors such as finance, education and professional services, which tend to be higher-paying industries – a development the paper attributes to rapid increases in educational attainment.

"It's significant," said Brian DePratto, TD economist and author of the report. "On the employment side of things, and education attainment, these are strong growth rates. It's a strong story across the board."

That's not to gloss over some persistent gaps. Employment rates among aboriginal women are still below that of other groups, as are average weekly wages. Aboriginal women earned $3,800 less, on average, last year than their non-aboriginal counterparts, partly because of over-representation in lower-wage sectors.

But these gaps are narrowing. Between 2007 and 2014, wages grew by 3.2 per cent on average among aboriginal women, faster than among non-aboriginal women and men, the paper said.

"I think aboriginal women have more opportunities now than ever before," said Patricia Baxter, who works as an Ottawa-based consultant on aboriginal issues. She has been self-employed for two decades, and says she's seen entrepreneurship, in particular, spike.

"I think it's because they seem to be really understanding that to get out of their poverty situation, or they might be coming out of violence, that they have an opportunity to increase their incomes if they take it on themselves."

The findings are an encouraging counterpoint to a narrative that is all too often "full of negative stories," Kelly Lendsay, president and CEO of the Aboriginal Human Resource Council. "What I like about this story line is the trend message … in some ways you can look back and say, that's a reflection of the investments that have been made in the last 10 to 20 years. And it should reassure people that these public and private investments are actually generating the outcomes and the results that every Canadian wants."

The range of fields aboriginal women are entering has seen rapid expansion, he says, from engineering and architecture to medicine, finance, law, politics and entrepreneurship.

The recession was disproportionately hard on aboriginal people in the labour market, with Statistics Canada research showing they faced sharper employment declines than their non-aboriginal counterparts.

But looking ahead, rising education levels and a young population should spell further improvements in the coming years, Mr. DePratto said.

"We're all aware of credential inflation – that the best jobs require a good education. So you see a direct link: strong outcomes in postsecondary education at the BA level and above corresponds to a lot of the growth you see by sector as well, the growth in professional services, law… as aboriginal women become increasingly more educated, they are increasingly represented in these areas."

The findings come after a sweeping report by Truth and Reconciliation listed recommendations on how to improve the lives of aboriginal peoples. Among them: that the corporate sector ensures they have "equitable access to jobs, training and education opportunities."

"I would say they're leading the way," Mr. DePratto said. "The economic literature tells you parents, particularly mothers, play a very, very important role, in terms of decisions around children and their education as well. So you tend to see, as mothers get more educated, that tends to filter to children as well. It's a real win-win both in the shorter and longer term perspective."

Ms. Baxter, the aboriginal entrepreneur, still sees challenges: Less federal funding for aboriginal organizations has hurt progress, she says, while young people still need better access to training opportunities, particularly in more isolated communities. "I can't really stress enough that I feel that this government has really reduced opportunities and development with aboriginal communities. I don't think they've responded to aboriginal issues in a clear way. In fact, if anything, they've reduced them, so aboriginal communities, and organizations are really, really struggling to even keep their doors open," she says.

Ms. Abotossaway would like to see more concerted private-sector efforts not just to recruit but to retain aboriginal workers – ensuring there is succession planning and a clear path for career development.

It hasn't always been an easy road for Ms. Abotossaway. "There are definitely times of isolation. As I try to climb the corporate ladder and be identified as high potential or try to get into senior management, I don't see representation of aboriginal people there – so I can't really look at my own career path and [see where] it will lead.

"So as much as a trailblazer as I am, there's sometimes the challenge of, how do I get to where I want to go, because I haven't seen that as much in the private sector. That's been the biggest challenge, to find role models. But my hope is, as I grow professionally, I can carve a path for some of my peers who may want to pursue careers in financial services.

"I'm very optimistic that we will carve these pathways for more aboriginal youth coming into the work force." 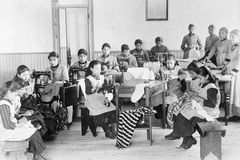 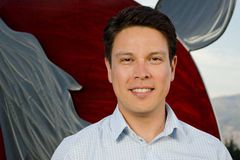