A former high-flying stock broker says Richardson GMP's executives brushed off his warnings that alcoholism was ruining his work and personal life then fired him after a lengthy stay in rehab.

Adam Woodward, the Calgary investment adviser at the centre of mounting legal action stemming from heavy losses among clients, is suing his ex-employer for at least $225,000, claiming he was unfairly dismissed for conduct he says was "systemic within RGMP's culture." His downfall was the subject of a Globe and Mail feature  in June.

Mr. Woodward alleges the firm discriminated against him on the basis of a disability – in this case, addiction – and made him a scapegoat for a series of alleged code-of-conduct breaches that are now the subject of numerous legal and regulatory actions. None of the allegations has been proved in court.

"RGMP discriminated against Mr. Woodward on the basis of a disability," says his statement of claim, filed in a Calgary court this month. "Its suspension and general mistreatment of him, and subsequent failure to return him to work, was motivated – or in the alternative, partially motivated – by the fact of his addiction issues. These same addiction issues were outright encouraged and fostered by RGMP when he performed at a high level."

Mr. Woodward, his former supervisor and Richardson GMP are already co-defendants in a $50-million lawsuit brought by former clients of Mr. Woodward and the in-house team he led known as Woodward Asset Management.

They claim they lost major portions of their retirement savings during the oil-industry downturn, owing to disproportionate investments in small, privately held oil and gas stocks regardless of their personal tolerance for risk.

In their case, for which they have applied for class-action status, they also allege investor documents were uniformly completed to allow for such trades.

Mr. Woodward's suit against Richardson GMP is the latest twist in a complex tale that began when he was a well-known broker and oil-patch deal-maker as the industry boomed, then descended into personal and professional chaos as client accounts dwindled and his alcoholism took over. In late 2015, he entered a residential treatment facility for the better part of a year. The brokerage fired him last summer.

The case raises serious questions about the power that investment advisers have over clients' financial well-being, and how much supervision and oversight that even major retail brokerages employ with their staff.

Since June, other claims have been filed by former clients. The industry's enforcement body, the Investment Industry Regulatory Organization of Canada, has scheduled a hearing into Mr. Woodward's alleged transgressions for early January.

For its part, Toronto-based Richardson GMP said it intends to defend itself against Mr. Woodward's claims, but declined to address any specific one. "We are proud of our culture of professionalism and integrity, and dispute any allegation to the contrary by a former employee," spokeswoman Susan Fry said in an e-mail.

In the claim, Mr. Woodward said the market returns he and his team achieved for clients and in fees for the firm were among the richest at Canada's largest independent brokerage in 2014, just before the bottom fell out of the oil market. At the time he was drinking heavily, and the firm's management, he said, was aware of his problem but did not question the behaviour as he landed lucrative transactions.

The following year, with the oil industry's fortunes in sharp decline, clients began complaining about steep drops in the value of their investments. In some cases, losses would eventually be tallied at as much as 90 per cent. Meanwhile, Mr. Woodward's personal life was in shambles, his marriage over and, by his account, he was having suicidal thoughts. In October, 2015, he flew to Toronto, aiming to discuss his predicament, and how to deal with clients' complaints, with the firm's chief executive officer, Andrew Marsh, the claim says.

"RGMP instead sent sales manager Mike Ankers to meet Mr. Woodward. Rather than discuss any of the issues Mr. Woodward was hoping to address, they 'went out on the town' and consumed excessive amounts of alcohol," he says in his claim.

At an RGMP conference the following month, he met with another executive, Jamie Price, Richardson GMP's director of investment and advice, and told him about his personal travails, including ideas of suicide and problems with Woodward Asset Management and its operations, according to the document.

The case will be difficult for Mr. Woodward to prove, given the extent of his own alleged misdeeds, said Eric Adams, associate professor of law at the University of Alberta.

"Mr. Woodward faces an uphill battle on many fronts in having a successful suit," Prof. Adams said. Richardson GMP will likely argue it had "reached the point of undue hardship," he said.

"The area in which he may have … some leverage is, did the employer essentially condone his addicted behaviours?"

Richardson GMP had a responsibility to allow Mr. Woodward due process, especially as addiction can be considered a disability, said Hardeep Sangha, the plaintiff's lawyer. Instead, it failed to act in good faith and terminated his employment after his return from rehabilitation, in breach of its obligations to him, the claim contends. 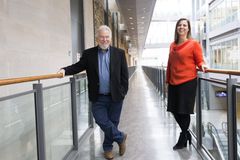 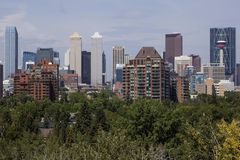 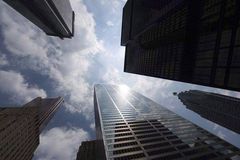