Ontario grocers finally got the green light to carry beer in their stores – with lots of strings attached.

Supermarkets and other retailers have been pushing to stock beer and wine in their stores, counting on the products to draw more customers in an increasingly competitive market.

The grocers didn't get everything they wanted – and they will have to go through the publicly owned Liquor Control Board of Ontario to buy their supplies rather than dealing directly with brewers, which could add costs. Their retail beer prices will be set and margins will be slim, industry observers said. Still, retailers are looking forward to the extra customer traffic that beer sales will generate.

"This is great news for Ontario consumers," said Kevin Groh, spokesman for Loblaw Cos. Ltd., the country's largest grocer. "We look forward to providing our customers with beer and wine responsibly."

The announcement was one of a package of changes to beer sales introduced Thursday after the release of a report from a panel advising Premier Kathleen Wynne on ways to find money to pay for her program of transit construction.

In other parts of the country, such as Alberta and Quebec, grocers already are selling alcoholic beverages in a heavily regulated industry. Now the shift to looser booze retailing rules is coming to Ontario, with wine expected to be next up for review.

"It's about time," said Susan McGibbon, president of retail consultancy the Retail Lab. "It's crazy it's taken this long."

Ontario will allow any grocery store "big enough to set up a separate area for the beer" to stock it, Ms. Wynne said. But the government has specifically closed the door on convenience stores' bid to sell booze.

The advisory panel to the Premier, headed by former banker Ed Clark, said it agrees with the government position that "to sell liquor in convenience stores would not be a socially responsible decision," it said in its report on Thursday.

Still, Victor Vrsnik, government affairs manager at convenience-store operator 7-Eleven Canada, said the chain disagrees with any law or regulation that "would create a competitive advantage for one retail industry over another."

Mr. Vrsnik pointed particularly to the blurring of the lines between grocery stores, pharmacies and convenience stores because they all stock similar products and chase the same customers.

"There is tough competition," Mr. Vrsnik said. "We compete with grocers head to head."

Consultant Ms. McGibbon said convenience stores got a black eye from their track record of selling tobacco to minors at times and cases of abusing the privilege of selling lottery tickets, which is another big generator of shopper traffic.

Over all, the changes announced on Thursday to beer retailing "still keeps a dated monopoly alive," she said. "But it is a big step forward for that industry."

The province will grant 450 licences to grocery stores to sell beer in single bottles and six packs, with beer allowed to be sold only in separated areas that keep the same hours as the Beer Store.

A new beer tax, which will apply to all beer sold in the province, will raise $100-million a year. After two years, the Beer Store will be allowed to pass this cost on to consumers.

The foreign-owned Beer Store will keep its monopoly on selling cases of 24 beers. Under a new agreement with the province, however, it will have to give small brewers 20 per cent of shelf space in the stores, up from 7 per cent now. Smaller restaurants and bars will also be allowed to buy the most popular brands of beer at retail prices, instead of the higher prices currently charged by the Beer Store. It will also have to open ownership of the company to all Ontario brewers.

"It's a great day for people who like their beer cold and more conveniently available for purchase," the Premier said.

Small grocers are relieved they will have a chance to bid for the licences, with the report ensuring "a diversity of grocers to prevent the creation of a new monopoly," Gary Sands, vice-president of the Canadian Federation of Independent Grocers, said.

But he's also concerned that the process of granting licences could give an edge to larger retailers and leave "winners and losers."

Cam Heaps, co-founder of Steam Whistle Brewing and chairman of Ontario Craft Brewers, said he is pleased that the province will open up beer retailing to his niche sector, which represents about 4 per cent of Ontario's beer sales. "It's a major step forward."

"It's moving at a snail's pace, but at least there's movement," said Stephen Bebis, chief executive officer of Edmonton-based Liquor Stores N.A. Ltd. The largest publicly traded liquor retailer in North America, it had asked the Clark panel to let it enter Ontario.

"When you have competition in retail, the customer wins, typically. And I don't think that the province would lose any tax revenue." 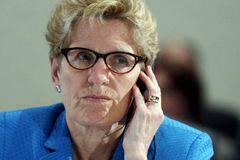 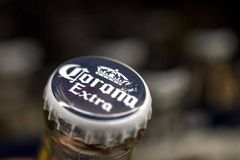 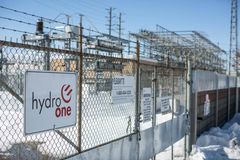