The Bank of Canada is worried about the risk of a hot housing market. Ironically, it's a risk the central bank is likely to make worse by changing its stance on rate hikes.

The central bank is keeping its key interest rate at 1 per cent, but decided to remove language in its policy statement that had previously implied it was leaning toward a rate hike down the road. Its decision comes as it weighs, among other things, the prospect of weak exports against the risks posed by overvalued real estate.

It warned of both possibilities on Wednesday, and noted that the latest data suggest the housing market is gaining traction again. While that would give the economy a temporary boost, it could increase the probability of a market correction later on. "Such a correction could have sizable spillover effects to other parts of the economy and to inflation," the Bank of Canada said.

But by insinuating that interest rates will remain low for longer, and might even sink further, the bank could be fuelling the very problem it is warning about.

"At the margin, it will ease consumers' nervousness about rising interest rates and therefore can add to the overall increase in credit," Canadian Imperial Bank of Commerce economist Benjamin Tal said in an interview. He noted that the Bank of Canada's statement led to a reduction in bond rates Wednesday, which could potentially lead to a very slight decrease in mortgage rates. The yield on the five-year government of Canada bond dropped to 1.737 per cent from 1.795 per cent.

But the key issue is how the bank's decision influences consumer psychology, said Toronto-Dominion Bank chief economist Craig Alexander. Low interest rates have spurred consumers to rack up record debt levels in recent years. The rise in credit has fuelled a rise in house prices.

In an effort to counteract this, former central bank governor Mark Carney and Finance Minister Jim Flaherty have spent much time warning consumers about the risks of high debt loads.

"The Bank, in the past, has used verbal intervention to try to convince Canadians to be more cautious about their finances," Mr. Alexander said. "By removing the bias, it reduces the voice the Bank has in terms of warning people that rates will rise at some point in the future."

In a press conference Wednesday, central bank Governor Stephen Poloz said that he thinks the imbalances with respect to housing and household debt "if left on their own, will gradually unwind.

"We see lots of very positive behaviour at the ground level, people doing their arithmetic, self-policing, strong, strong underwriting in banks and other mortgage institutions, so a very positive thing," he said. The bank noted that the rate at which households are piling on new debt has continued to slow and is below its historical average.

But Mr. Poloz also noted that it was consumers that did the heavy lifting to pull the economy through the crisis without a major downturn, enabling "extra growth in the housing market."

"So part of that is a bit of a risk that it gets overdone, or that prices get a little higher than fundamentals would suggest," he told reporters. "In that environment you have to admit that the risk as we outlined there, if it is worsened, that makes you worry about in some sense having a correction."

His opinion is that, at the moment, it would take a negative shock from outside to spark such a correction.

Canada's housing market has defied economists' expectations in recent months, proving to be stronger than they thought possible in the wake of the sales slump that began in the summer of 2012 after Mr. Flaherty tightened mortgage insurance rules to cool the market off.

But many experts don't think the strength will last. "We don't expect the recent upward momentum to carry forward into 2014," TD economists wrote in a recent note. "Some of the strength reflects buyers rushing into the market to beat out recent interest rate increases, which will result in a payback later this year."

Indeed, the Bank of Canada said Wednesday that "the recent vigour in residential investment may partly reflect activity that has been pulled forward in anticipation of higher interest rates on mortgages."

Mr. Poloz declined to weigh in on specific regional markets, suggesting that it's not clear just how problematic they are.

"It's true that we have, across the country, pockets of unusual strength in the housing market, unusual in the sense it's different from the average, but there may be very good fundamental reasons for it," he told reporters. As examples, he said it's possible that a sizable portion of net migration is going to Toronto and creating a solid market for condos there, and strong income growth stemming from oil prices will cause strong housing markets in energy-producing areas of the country. 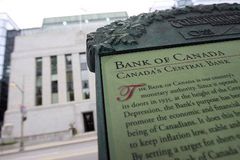