Bidders have grown more nervous about launching hostile takeover deals under new rules that took effect in 2016, leading to fewer unsolicited bids than in prior years.

Four unsolicited takeover bids were announced last year and one has been announced so far in 2017, a decline from eight hostile bids in 2015 and seven in 2014, according to data compiled by deal lawyers Aaron Atkinson and Brad Freelan at Fasken Martineau DuMoulin LLP.

The new takeover-bid rules took effect last May, giving companies more time to respond to unwanted offers and find a higher bidder. They require unsolicited bids to stay open 105 days compared with 35 days previously, and bids can only proceed if at least 50 per cent of available shares are tendered.

Deal experts say long-term trends are hard to assess with just one year of data, but early signs so far suggest bidders are more leery to jump into hostile offers if they cannot negotiate a friendly deal. The result is fewer speculative bids as buyers grow more strategic, and more secure bids financed with cash rather than shares, experts say.

Mr. Freelan said the most important question for many deal advisers is not how many deals are announced, but how many bidders are able to succeed under the new rules.

With only three deals wrapped up since May, the outcome is mixed. In two cases, the original hostile bidder did not succeed. Dolly Varden Silver Corp. remained independent after Hecla Mining Co. dropped its bid, while Nordex Explosives Ltd. was acquired by a third party who topped a hostile offer by Omnia Holdings Ltd.

A third deal involving a bid by Chemtrade Logistics Income Fund for Canexus Corp. succeeded after the two companies negotiated a deal after Chemtrade announced a hostile bid. The fourth hostile deal of 2016 – a bid by Total Energy Services Inc. for Savanna Energy Services Corp. – is still in progress.

"It's not the case that bidders are doing particularly well so far," Mr. Freelan said. "And I think the results may impact the number of bids initiated in the future."

Stephen Griggs, chief executive of activist investment fund Smoothwater Capital Corp., said he is "much less likely" to make a hostile offer under the new regime when even a bare-bones hostile fight involving small companies can easily cost the bidder $1-million in legal and other advisory costs.

"If you're rolling the dice on a couple million of expenses and you have no certainty of winning, you've got to be very cautious," Mr. Griggs said.

Securities regulators adopted the new takeover regime after facing complaints that boards had too little power to ward off unwanted offers, even when they undervalued the company, and had too little time to find better deals.

Naizam Kanji, director of mergers and acquisitions at the Ontario Securities Commission, said regulators are not concerned about deterring marginal deals, but are instead watching the impact on investors, including whether target companies are commanding higher premiums because bidders have to make better offers to succeed.

He said the OSC will also assess whether there is evidence that corporate insiders are negotiating more benefits for themselves – such as golden parachutes – under a system where buyers have big incentives to negotiate friendly deals.

"We have to see what the trends are over the next little while," Mr. Kanji said. "But the number or percentage of hostile bids on its own, really we don't think is by itself sort of a meaningful indicator of the impact of the regime."

Deal advisers say one trend that appears to be emerging under the new rules is an added incentive to make all-cash offers.

Offers that are financed all or in part with the purchasing company's shares have always been seen as a riskier bet, but are even less appealing to shareholders when the bids must remain open for 105 days, creating a long time window for market volatility to affect the share price.

The difference, she says, is that bidders have to be even more strategic to weigh their odds of success under the new regime.

"At the end of the day, you can't let these rules hinder a strong business strategy," she said. "If you have a fundamental belief that something is in the best interests of your company and you think you can make it happen, you've got to evaluate the risks and then move forward."

Mr. Salmon at Laurel Hill anticipates new deals will also emerge because many targets and potential buyers in the depressed resources sector are coming up with extremely different valuations of the worth of the company. The distance between their positions has been a stumbling block to negotiating a friendly deal.

"I think you do get some pretty disparate positions here, and that's why you're going to continue to see some of these unsolicited offers."

Chemtrade to acquire Canexus after months of resistance
December 16, 2016 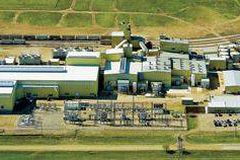